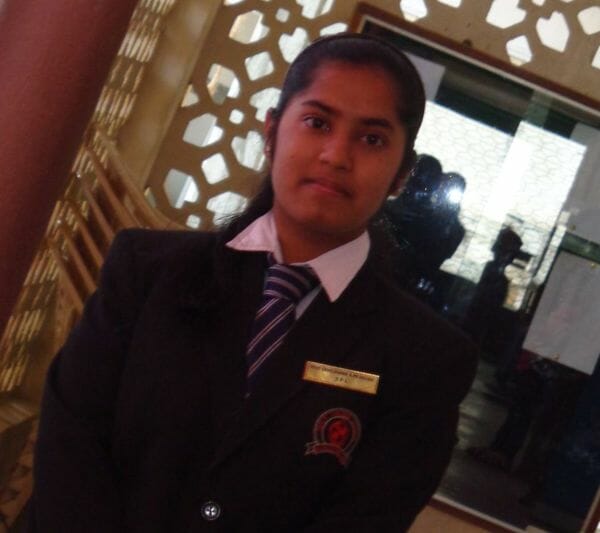 Sukanti and Bhagirathi Mishra are on cloud nine. Since May 28, when the Central Board of Secondary Education (CBSE) declared the results for Grade 10 board examination, these Whitefield residents are elated. Their daughter, Deepanjali, has done exceptionally well, securing A1 score in all five subjects.

“My parents were really happy because it was their dream that I score well in 10th,” she exclaims when asked for her reaction. Her father is employed as a plumber in a housing complex, where her mother works as a cook. Her uncle is an electrician.

“I was able to achieve CGPA-10 only because of the support of my teachers, parents and well-wishers,” says the budding aeronautical engineer, who has opted for Science stream (PCMC combination) in Grade 11 at Deens Academy. Good Samaritans have rallied around her family to support her academic pursuit, while her current school has extended a partial fee waiver.

“I’ve always admired APJ Abdul Kalam sir and my passion is the same as his, that’s aeronautical engineering,” she says in response to another question, while revealing her dream of working as a scientist (later) at the Indian Space Research Organisation (ISRO).

“I did study late nights for many months; I used to teach my classmates so that I can revise (the lessons) myself too. My principal said you’ve applied our school motto ‘success through hard work’,” she says while referring to Holy Cross School, where she studied for nine years and emerged as the best student.

“She has made us proud with her achievements, representing the school in many inter-school competitions. Her academic performance is a result of hard work and determination,” declares Bro. Santhosh, principal, Holy Cross School.

“Her father has been so encouraging and works very hard to support his daughter’s education; he is an example for other fathers,” adds Sumedha Godkhindi, who along with Whitefield Ready team members, regularly volunteers at government schools in the vicinity.

At the request of Seemanthini Desai, a doctor practising in Whitefield, Odissi dance guru Madhulita Mohapatra accepted Deepanjali as her disciple. “Since 2009, she has been teaching the child free of cost; Deepanjali has learnt to dance well on stage,” says Desai, recalling the latter’s performance at an Independence Day school function.

“Dance is a release; it provides fitness, grace, posture and confidence. And all this from an amazing teacher, Madhulita, who has held her to the same standards as other children,” says Nitya Ramakrishnan, another long-time admirer. She describes Deepanjali as a “super hard worker who has succeeded throughout, despite so many odds.”