The Karnataka Municipal Act 1976, amended as per the requirements of the famous 74th Constitutional Amendment in 1994, stipulates that there “…be a ward committee for each ward … (that) shall consist of … the Councillor representing the ward … (and) ten other members … (including) members of resident’s associations…”

The KMC Act further stipulates that the “ward committee… prepare ward development schemes, … , ensure proper utilization of funds, …, supervise all programmes and schemes being implemented by the corporation … .”

If all went as per the Act’s designs, the ward committee would “ensure timely collection of taxes, ensure water supply, ensure sewerage system, street lighting …” and a host of municipal functions.

Did I mention that the mandate for Ward Committee has existed for nearly 22 years?

So where are the ward committees? Who are the members? Who is the “chairman of the committee,” who is the “Councillor representing the ward”? How come that so many of our water supply, solid-waste management, sewerage system and almost every category of municipal function mentioned in the Act are dysfunctional?

The first Sunday of the new year, must’ve been an auspicious day for Whitefield area. I was a witness to the Act moving from theory to practice, from abstract to tangible. This movement, which took 22 years, was at a glacial pace for sure (even by Indian standards), but movement it most incontrovertibly was. There were ward committees formed earlier due to the court’s intervention, but they were functional only where citizens were aware of the rules and regulations that are supposed to govern ward committees.

In what is believed to be a first for Whitefield area, Varthur ward, (Ward Number 149), in a public meeting conducted at Domlur Club, appointed their ward committee, thereby asserting its rights under the Act. Below is a photo of the ladies and gentlemen who thus made history. 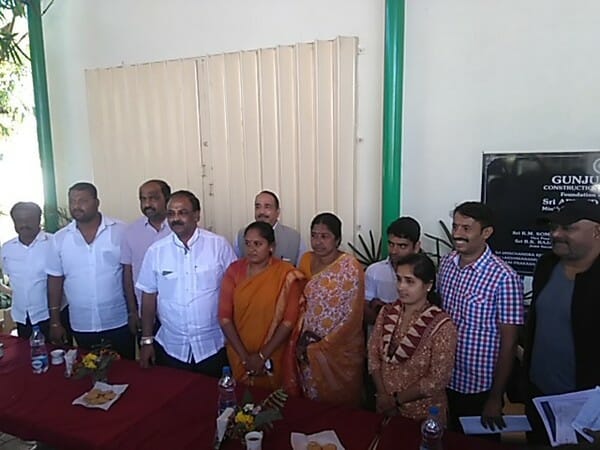 Perhaps in yet another first, not one but two wards appointed their ward committees on the same day. Kadugodi, Ward Number 83, followed suite just a couple of hours after Varthur: 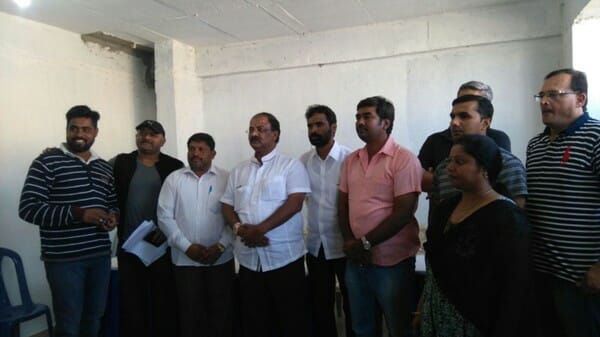 The composition of the ward committees is eclectic: In Varthur, we have a school administrator (Pramod Bhatt), an IBM staffer (B V Sunil Kumar), a former Reserve Bank Officer (Ajit Laxmiratan), a software entrepreneur (Mahalaxmi). In Kadugodi, we have a scrap dealer (Gavaskaru), an Intel staffer (Ravi), an RWA organizer (Vanisri).

So, will all our numerous civic problems vanish? Will these capable and obviously committed individuals “clean it all up” — that means not only the dirty water, but also the dirty money?

Probably not. But it does mean that non-VIP citizens, who have now turned ward committee members, can take a look at public finances. Regular citizens, that is, users of government services who don’t have the BBMP commissioner on a hotline, can bubble their grievances up to their neighbours, the ward committee members, and hope to get them resolved. Ground-up ideas on what is truly required for the ward, not what some distant bureaucrat deems necessary, may have a chance for seeing the light of the day.

Isn’t that what local governance is all about?

Slow as it was in coming, we should congratulate ourselves in bringing the KMC Act of 1976 to reality. Not to temper the mood excessively, but I note that the ward committee members are not paid for their time. This is paradoxically a good thing in the short run, for it will attract only dedicated individuals with time to spare; but for obvious reasons a very bad thing in the long run. To fix this lacuna, we only need to wait another forty years.

PS: The article earlier said the introduction of ward committee system was done 40 years ago. This has been changed to 22 years, thanks to our reader and writer, Mathew Idiculla (a Research Associate at the School of Policy and Governance at Azim Premji University) who pointed out the error.

This piece was originally published on medium.com and republished here with required permissions from the author.