Thubarahalli, Munnekola, Siddapura, Immidihalli, Pattandur Agrahara and other erstwhile villages surrounding the Whitefield area have become growth areas in the burgeoning Whitefield suburb of Bengaluru. With a large number of IT and ITES firms located in Whitefield, these villages have been converted by large builders into residential communities. Each of the villages has grown from supporting a small (tens) number of families to thousands of residences. Based on the growth of these residential areas, commercial development of shops, malls and other support mechanisms have mushroomed.

However these villages and the Whitefield area in general, lack basic civic amenities that are needed to sustain residential and commercial development of this scale. These areas completely lack: 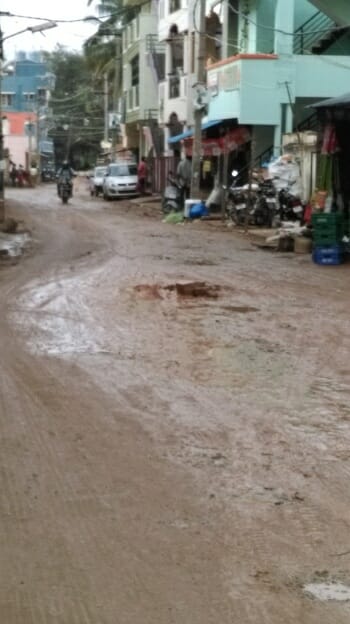 While there were small borewells that were supplying the villages, with the mushrooming of large apartment complexes, there is no source of water to supply these communities. Most builders dug borewells to support their construction efforts and these have gone dry post the construction phase. The majority of Whitefield and these villages and communities now rely solely on tanker based supplies from peripheral areas. These water tankers and tractors cause a lot of traffic problems apart from being driven in an unsafe manner.

Without underground sewerage systems in place, the new communities are left with putting up some form of a Sewage Treatment Plant (STP), all of which discharge effluent water into open drains or nearby open areas making it unsafe. Other smaller dwellings and village residents have to rely on septic tanks or open drains for their discharge.

While the arterial roads were developed, most of the smaller roads and side streets have been neglected by both BBMP and the builders who put up large complexes in the interior areas. These large complexes have attracted a large number of residents, who in turn have many vehicles, which the unpaved and badly formed streets are unable to handle. Many of the interior and main roads are now unable to take this growth of motorised traffic.

In a majority of these developments, there is no proper access to the communities and the builders provided short term access by negotiating short term deals, or via false promises through private lands. Once these private land owners figured out the modus-operandi of the builders, they have protested by blocking the access via their lands causing no access or restricted access to the newly developed communities. 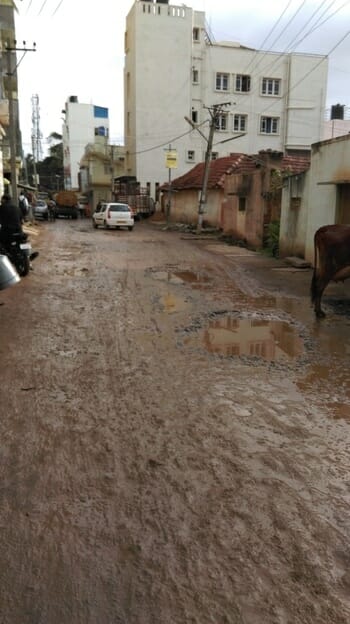 Two such roads are:

For many a year now, BBMP and the government have been negotiating with the land owners to get access to the land for the road with no progress. How does BBMP approve these residential complexes and a school with no public road to access them?

The residents of these two roads and communities adjoining them have for over two years made various representations to BBMP, the elected representatives of the Legislative Council and the state government.  However, no credible action has been taken so far to improve the roads and other civic amenities in the Thubarahalli ward.

The conditions have deteriorated with the recent rains, and also with BWSSB digging up these already bad conditions to lay pipes and leaving them not restored. It has been over a year now that BWSSB has laid pipes in a half-done manner and these are now beginning to break and crumble, as they were not properly supported, leaving the roads in a more dangerous state

Our demands of the BBMP and BWSSB are the following:

About Sudarshan Ranganathan 0 Articles
The author has not yet added any personal or biographical info to her or his author profile.