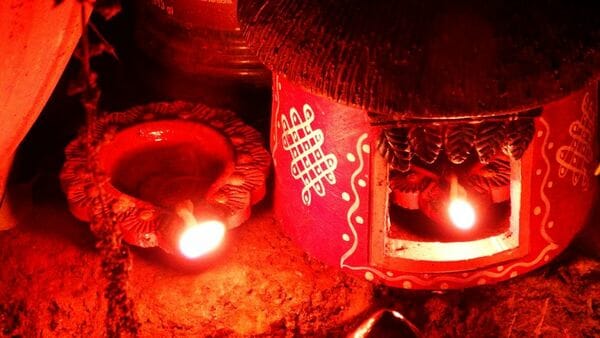 Diwali or Deepavali, literally a row of lamps, is just round the corner. Spread over five days, it is the biggest festival for our family and our community. The biggest festivities are reserved for amavasya or New Moon day. We look forward to the festival of lights year after year.

During my childhood, I used to strongly associate crackers with the festival, but as years passed by, the focus shifted elsewhere. We stopped associating ‘firecrackers’ as core to Deepavali. Cleaning and white-washing the house, decorating with leaves and flowers, lighting dozens of earthen lamps, performing the puja, preparing traditional cuisines, greeting neighbours, friends and relatives – all of these took centre-stage.

In years of reading our scriptures or while researching on the festival for newspaper articles, I found no mention of chemical-laden crackers. My children have gradually reduced use of crackers. We have been creating awareness in the neighbourhood of Whitefield about the ill-effects of crackers.

We continue to buy a couple of flower pots and sparklers – of the best make, with a declaration that its manufacturing was free of child labour. We have seen the immediate aftermath – my son’s wheezing goes up if he is near the smoke. The deafening din disturbs humans and animals alike. Senior citizens, infants and pets are the worst affected. Fireworks between 10 PM and 6 AM violate the court ban. We have a hard time in disposing of the toxic waste.

In 2015, the Union government gave an undertaking in the Supreme Court that a series of newspaper ads would be launched to create awareness about ill-effects of crackers. And we did see the campaign that followed. Karnataka State Pollution Control Board, too, has distributed posters and inserted newspaper ads in recent years to drive home the ‘green’ message. Each of us has to care for the environment. It is a 365-day effort. Let us pledge this Diwali to refuse, reduce, reuse, recycle; to treat each day as Earth Day. Happy Deepavali!