An insensitive and ignorant society labels them eunuchs, hermaphrodites, kojja, ali, ombathu, and so on. But they prefer theterms hijra, kothi, jogappa, panthi, mangalamukhi, gay, lesbian, intersex, bisexual, transgender, transsexual, etc. Often ostracized by their loved ones for daring to be open and different, they are among society’s most marginalized and traditionally excluded. Further, the state and its representatives harass and discriminate against them denying them fundamental rights and benefits like housing, education, employment, healthcare, identity cards. However, for over a decade, the sexual minority community has been demanding humane and dignified treatment and basic entitlements. Additionally, alternate sexual persons have been expressing themselves creatively through pride marches, films, photo exhibitions and the performing arts. Also, they are enlightening others about themselves through personal dialogues and public discussions.

One event which combined most of the above was the second edition of the three day Bangalore Queer Film Festival (BQFF). Bold, beautiful films and photographs were the hallmark of the BQFF 2010 that sexual minority groups Good As You (GAY), Swabhava Trust, We’re Here and Queer (WHAQ!) organized jointly. Held at the Alliance Francaise de Bangalore from 25th-27th February this free entry event attracted hundreds of alternate sexuality persons and their supporters. Volunteers like Neha Bhatt, a student at the Srishti School of Art, Design and Technology and Sowmya Reddy, an environmental activist, were among those who ensured its success. Both mentioned the international award winner A Single Man, which premiered at the festival, as one of its best offerings.

In between the screenings on Saturday, legal activists Lawrence Liang and Arvind Narrain, co-founders of the Alternate Law Forum (ALF) discussed the essential aspects of the discriminatory section 377 of the Indian Penal Code. Closely involved with the campaign on decriminalizing homosexuality which has progressed well since the historic Delhi High Court verdict in July 2009, they are demanding its repeal. Deepak Srinivasan of Maraa, an enthusiastic participant at the BQFF found this session fairly thought provoking.

On the busy Saturday evening, gifted singers Sumathi Murthi and Akkai Padmashali conveyed important messages through entertaining and meaningful songs on the community’s dreams and the social stigma they face. While the former is associated with Sangama independently, the latter works with the NGO’s Information and Publications division. Anu, Tanushri, Janakiraman, Sowmya, et al, who are members of Payana (an emerging group of sexual minority persons) also performed delightful dances. Incidentally, Payana, meaning journey, formally announced its existence through a lovely cultural evening full of plays, songs and dances on 10th April at Town Hall. According to its president Umesh P, general secretary Kumar G and active member Reginald Watts (Rex to many people), Payana is "seeking equality and social justice by enhancing healthy living and strengthening community capacities".

Apart from the performances, I watched short films Dias Blancos, an Argentine piece on a lesbian relationship, Diana, and Dolls, an American offering about a teenager discovering his transgender status. The centre piece was Maher Sabry’s two hour long All My Life (Toul omry), the first Egyptian film on homosexuality. Produced by the Egyptian Underground Film Society, it is a powerful one revolving around the lives and relationships of homosexual men in Cairo. It also portrays the aftermath of the 2001 police raid on Queenboat, a floating gay nightclub on the river Nile (near the Egyptian capital) when some are incarcerated while others escape. Rami, the chief protagonist is a gay man and dance student eventually trapped by Raoul, an Egyptian government disguised as a homosexual during their Internet chats. 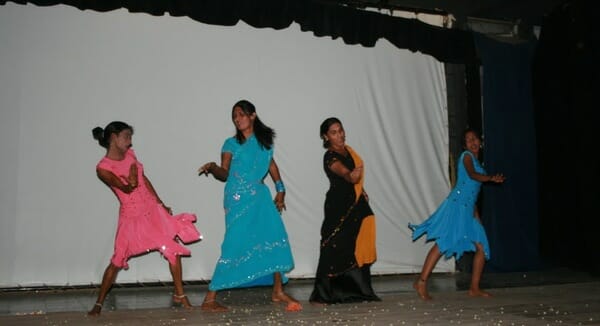 The Sunday afternoon featured insightful and interactive panel discussions with bisexual, queer and transgender women, lesbians and female-to-male transgender people. Poignant personal stories and poetry readings highlighted their desires and issues. Their immense pleasure at the tremendous positive response was obvious from Vinay Chandran (a counselor at Swabhava) and Siddharth Narrain (a lawyer at the ALF), members of the BQFF core team.

Knowing some of these interesting people for over three years, I have been observing and learning from their ability to cope with adversity. While their zest for life is extremely enriching and inspiring, their natural talent in the performing arts is simply amazing!