As soon as I read that Bangalore was hosting the International Wheelchair and Amputee Sports Federation’s (IWAS) biennial event, I decided that I would definitely see these remarkable people whom I have viewed a bit on the telly. Although I attended only the colourful and slightly chaotic opening ceremony and also witnessed some of the confusion prevalent among the organizers, I felt enriched and elated!

When I asked Mr. David Premnath, the event’s Technical Director about the motivation behind bringing the games to India he promptly replied, “We wanted to create awareness about these games, here.” However, despite the occasion’s specialty, the state Chief Minister (who suddenly remembered North Karnataka’s flood victims) and the former Prime Minister (supposedly fulfilling his parliamentary duties) abstained delaying the inaugural from 4 pm to 5. Participating school students and spectators (mainly the children’s family members and invitees) who arrived at 3 pm itself patiently and perhaps grudgingly demonstrated that we follow Indian Stretchable Time. I felt that this not only tarnished Bengaluru and India’s image but also insulted the athletes from 43 nations including Algeria, Canada, China, Germany, Russia and Serbia. But the latter concealed their pain and carried on cheerfully.

Here are some images from the evening that will remain with me forever.

Thai athletes before the inaugural

The tricolour and more… 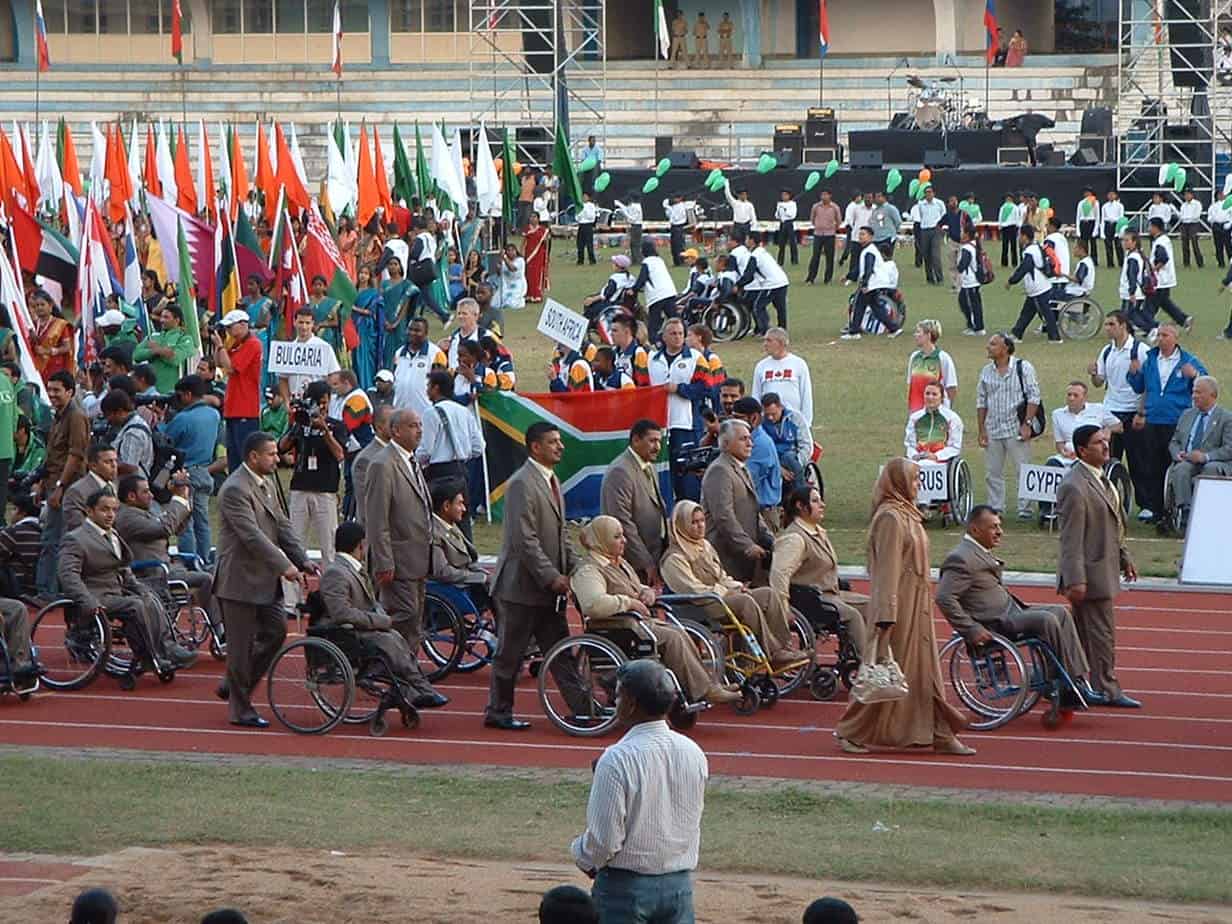