Not so early in the morning, I look down from my third floor apartment. There’s a lady sweeping the dead-end road. I know her, though I don’t know her name. She wears the official BBMP coat and she collects garbage from each of the apartment building. Sometimes I see her, while walking, from a car and smile and wave at her. She smiles back. A beautiful, cheery smile, but with an edge of self-consciousness. As if unused to be smiled at. As if unacknowledged as a human by those who live in apartments. 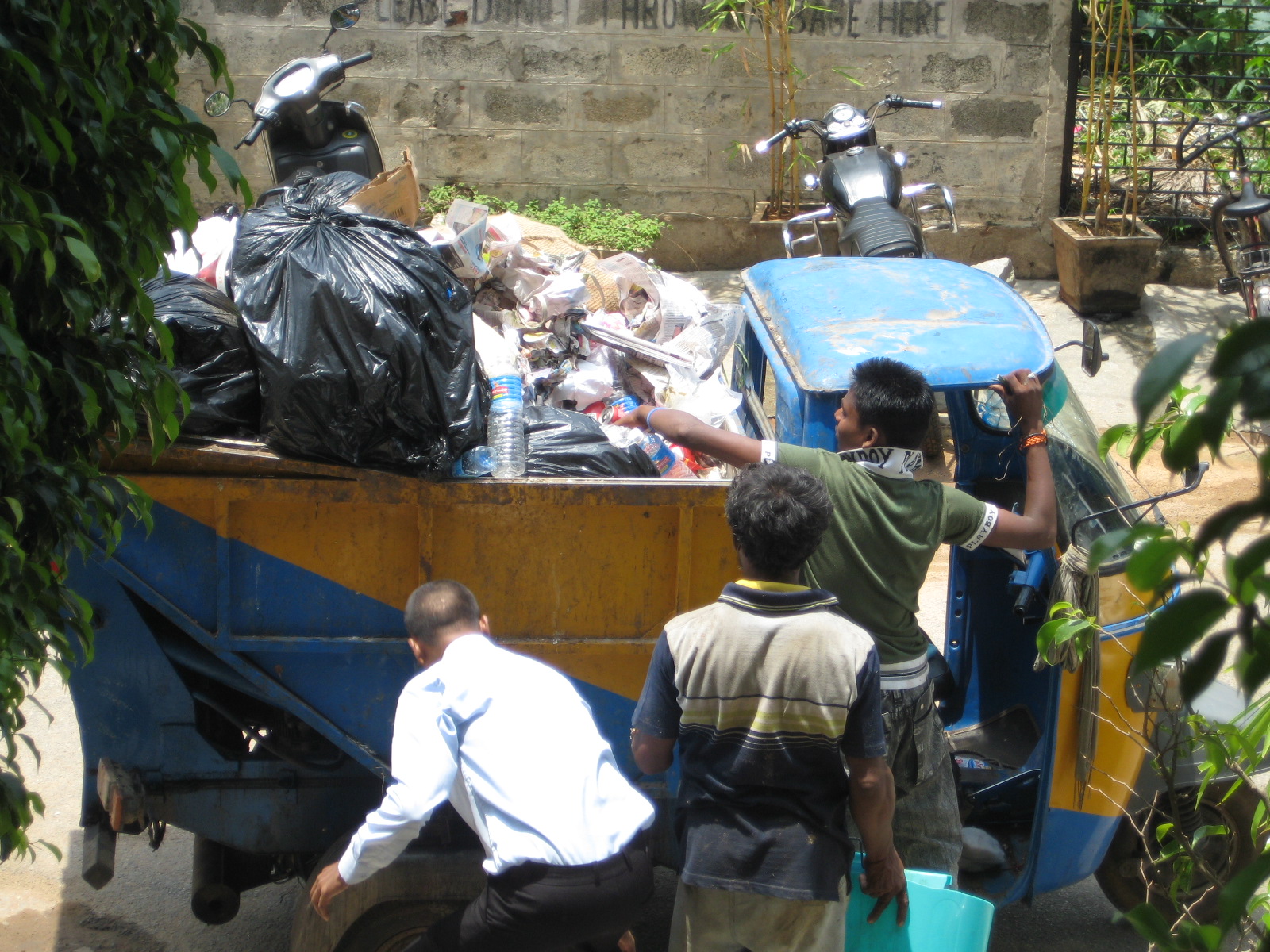 (Pic for representation only. Can’t find the one I clicked)

Then there’s another from BBMP, I see from my third floor apartment. He comes on the open garbage truck, a small one to pick up garbage from the apartment building opposite mine (there are 24 flats there). The building has three long drums which are filled upto the brim with all kinds of icky stuff—polythene bags full of kitchen waste, toilet paper, condoms, leftover curry gone bad and dust. He puts his naked hands into this middle class garbage and efficiently separates the non-biodegradable, the tetra packs, mulchy polythene bags, Styrofoam cups and recyclable waste.

A middle class man who lives in the apartment sees him and makes a face full of disgust. A lady with a little child, walks by, crinkling her nose at the awful smell. And I, clean and distant from the scene, on my third floor balcony, wonder how someone who deals with other people’s shit, can smile so beautifully.

About Shweta Taneja 0 Articles
Shweta Taneja is an author who loves to turn ordinary into unusual stories. When she's not creating fantasy books or asking curious questions to complete strangers, she writes no-nonsense articles. You can read more about her on www.staneja.com
Website