Thank god it didn’t rain! We never thought we would say this but it was important that the early evening of Sat. 12th Sept remained nice and dry. “Keshavraju Thippaswamy” wanted a drum above everything else. Would he get it was the question in the minds of the 30 odd children who had gathered in the Gazebo at the Puttenahalli Lake in South Bengaluru. The occasion was a celebration, though a little delayed, of International Literacy Day with a story telling by Geetu and team from the Snehadhara Foundation in an event organized by PNLIT. As part of its One Day One Story campaign, Pratham Books had chosen the engaging tale of “The Boy and his drum” written by Umesh P N and illustrated by Rajiv Eipe.
Together with the Snehadhara team, PNLIT trustees and volunteers hung banners, spread durries on the floor and completed the arrangements for the fun to begin at 4.30 p.m.  But where were the kids? Except for the organizers’ children, there were hardly any others! Once Geetu began the narration, however, children from the neighbourhood flocked in, their feet gathering speed when they heard the clapping, singing and loud laughter from the Gazebo.
With Geetu and her friends becoming the characters in the play, no one in the slowly growing audience could remain aloof. Under the spell of the artistes, they became Keshavraju, the cheerful, large hearted boy and his mother who gifts him with a piece of wood instead of the drum that he yearns for. The rapt audience became in turn the grandfather, the potter’s wife, the washer man, the bridegroom and among others, even a horse all of whom he meets along the way. He gets his drum at last but the children and their parents didn’t want the fun to end. The versatile artistes obligingly led the group to sing a couple of songs together. 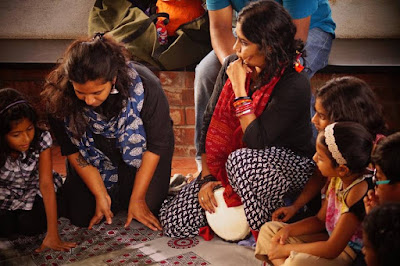 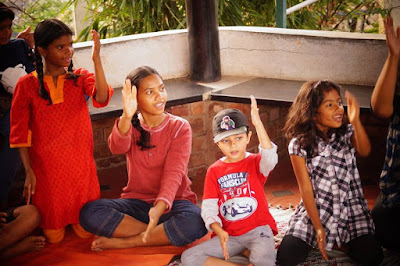 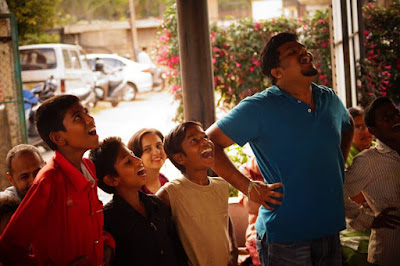 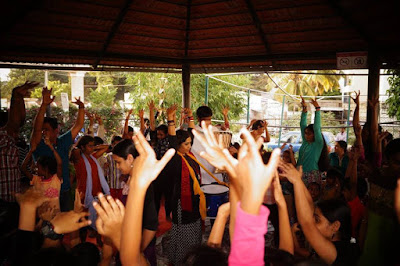 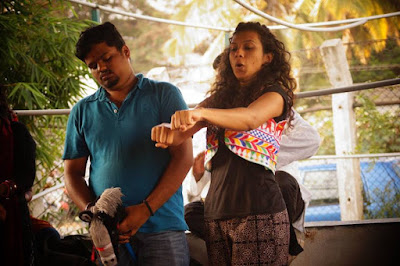 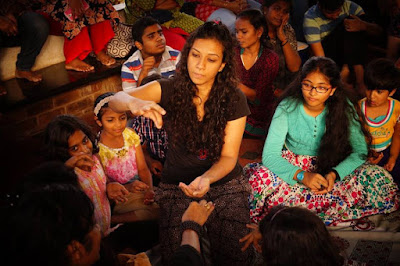 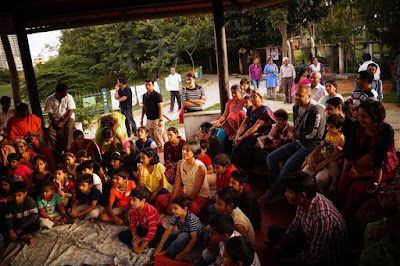 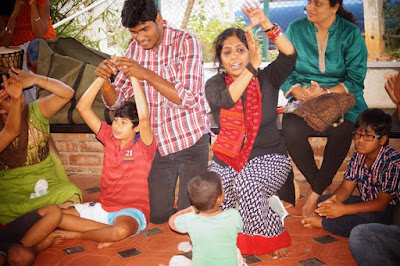 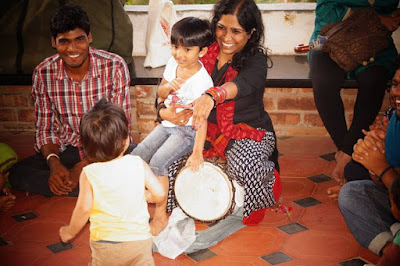 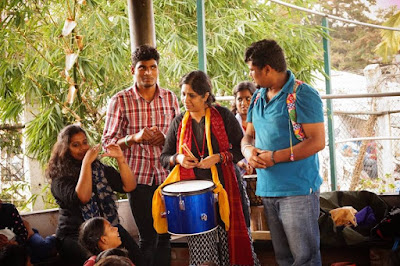 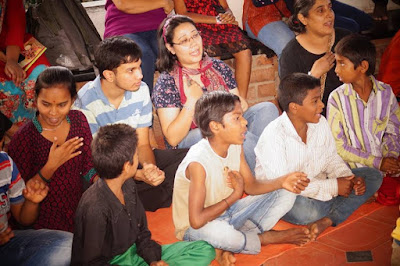 Literally shouting their thanks to Geetu and her friends and wishing that they get another opportunity soon, the children and their parents left with grins still plastered on their faces.
For some the excitement of the story was heightened by walking around the lake and spotting birds before it became too dark. Six year old Niranjan resolved that he would come soon to see a bird’s nest. If he also gets to hear Snehadhara tell another story, well, that would be the icing on his cake!
Here’s hoping that for the next event at the lake, more children will join and that they will reach the venue on time. Punctuality is best taught in childhood!
About Usha Rajagopalan 0 Articles
The author is a trustee of PNLIT.
Website