Over the past few years, we’ve done many things to raise funds for PNLIT, and we’ve realised that fund-raising is quite a challenge. To a social-cause fund-raiser who may knock on your door, the most disheartening experience is when you express regret and shut the door. Donations apart, we have often found it difficult to get people to part with Rs 220 for a PNLIT calendar, or even Rs 30, in exchange for a PNLIT wristband.
However, there are many generous souls out there, generous both in terms of time and monetary support, who share our dreams, who believe that together we can make a change, and because of whom we have sustained. When these generous souls are children, it is truly heart-warming.
Recently, Sanjay Dev, a young boy of 9  years, donated Rs 1000 to PNLIT. Sanjay had put up a car racing game stall at his apartment’s Christmas celebration on 24th Dec 2015. After paying the stall charges, his net profit was Rs 500. His father Reghunath had promised to make an equal contribution, which is how the figure reached Rs 1000. 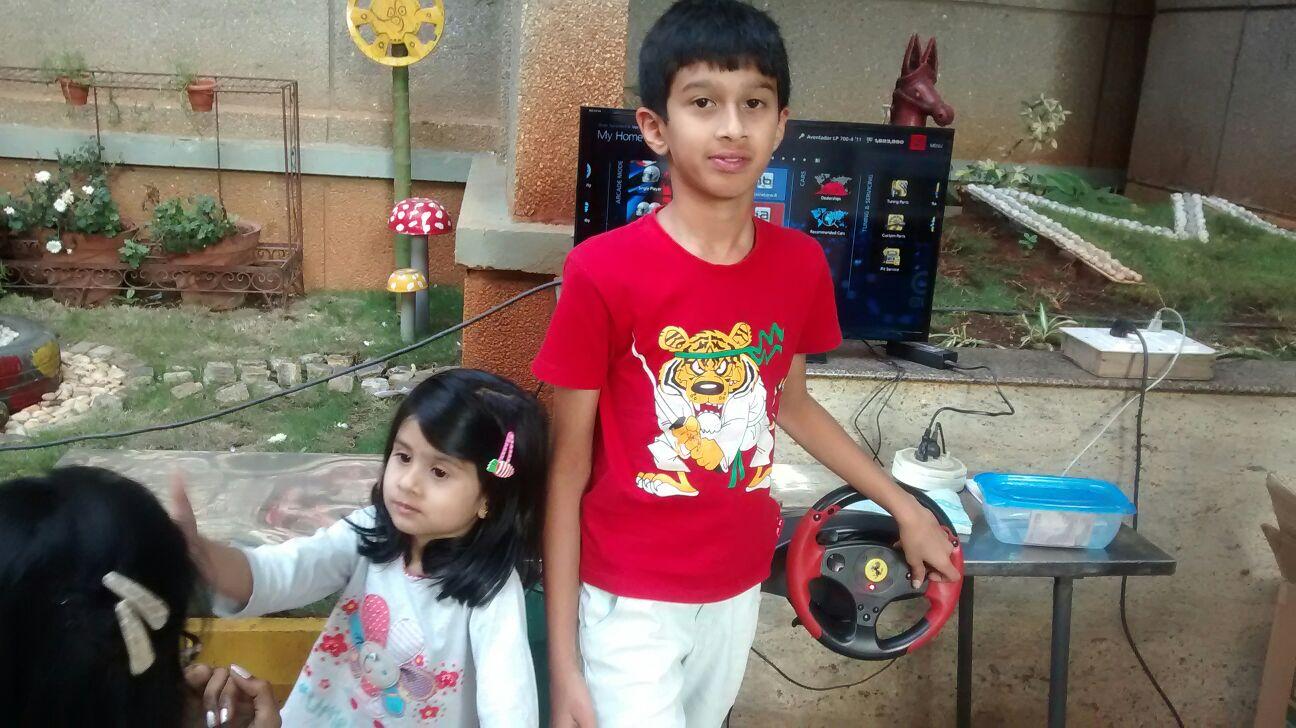 Another young donor is Rohan Mishra, a Std 12 student, who like Sanjay lives in the Puttenahalli Lake area and believes that “charity begins at home”. A few months ago Rohan said he would like to contribute by donating Rs 1000 from his pocket money every other month. And he does! Apart from monetary contribution, over the past year, Rohan has spared some of his time doing a few back-office things for PNLIT.
Some months ago, another young enthusiast Vishnu Sreenivas, who was then in high school, took a group of children for a nature walk around Puttenahalli Lake, charging a small fee. And he donated the money he had collected to PNLIT.
We’ve also had our children actively promote the PNLIT cloth bags, while dissuading the use of plastic carry bags.
Thank you children, and thank you parents.
“Parents can only give good advice or put them on the right paths, but the final forming of a person’s character lies in their own hands.” – Anne Frank
About Arathi Manay Yajaman 215 Articles
Arathi is a market researcher who loves to run and write. She has been actively involved in issues that affect citizens, including apartment management, waste management and lakes. She used to live in Mumbai and is now based in Bengaluru, working as a Community Anchor with Citizen Matters.
Website Facebook Instagram Twitter YouTube LinkedIn