Maintaining our Puttenahalli Lake is really so full of challenges which tax, vex and worry us at times but it also springs surprises that make our hearts sing! Today morning was one such great day. Yellappa, the fisherman contractor called to say that his men were on their way to the lake to plant the stakes, remove the new shoots of weeds, clean the water of stray plastic, etc. They had come at 5 a.m. and left the fibre glass coracle at the lake.

My friends and I swung into action. We had already bought the casuarina poles, three of about 4 ft length and three of about 11 ft. The men sharpened one end of the pole, fixed short halved pieces of bamboo across as a perch for the birds and we set off bearing these poles and the oar while the two men carried the coracle like a big umbrella over their heads. 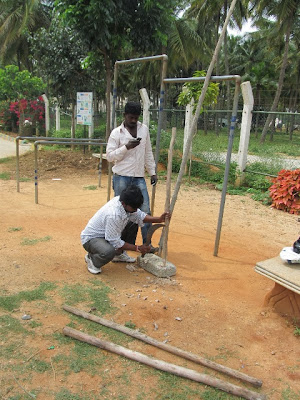 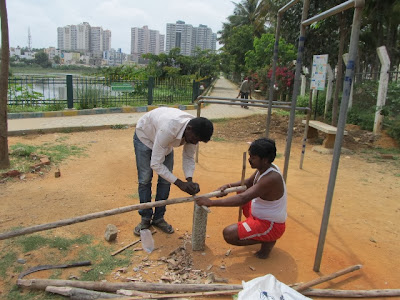 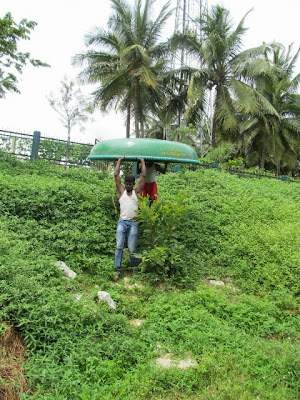 PNLIT Trustee Nupur, her little daughter, friend and I went with the two fishermen in the coracle to tell them where to place the poles. That dry fissured ground of a lake bed where we had walked just a few months was covered with several feet of water. Some weed was growing lushly within the water (seen as dirty masses from the ground above). This plant though, is safe, home for the fish and the great variety of life in the lake, seen and unseen.
We hoped to see some of the 3000 fingerlings we’d released two days ago. We didn’t see any. They must be hiding among the weeds. On the surface of the water were hordes of Water Striders skimming everywhere. Among them in the rippling water we saw floating water lilies! Where did they come from? At PNLIT, we’d just been talking about introducing lotus and lilies. The lilies at least was already present and blooming! 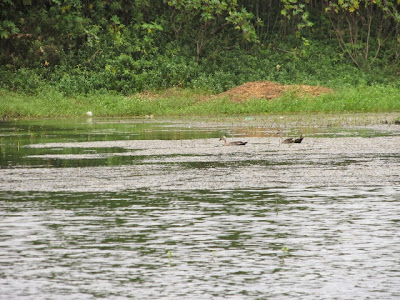 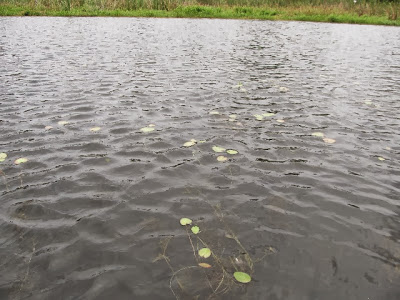 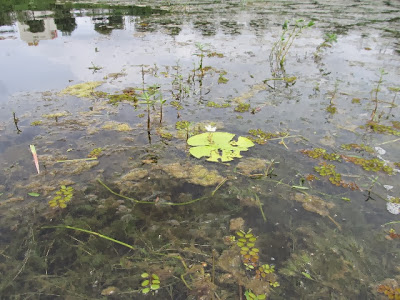 Water lilies
Like the Water Striders we went here and there on the water. The men kept planting the stakes, thrusting it into the ground with force and hammering it firmly into place with a stone. The longest pole at a little over 11 feet was still not long enough for any of the three deepest places at the lake. We therefore got them planted at shallower points with a good foot or two jutting out of the water. Kingfishers, cormorants, your perches are ready. 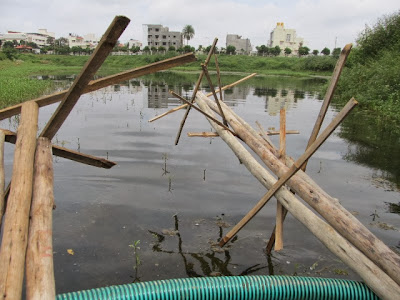 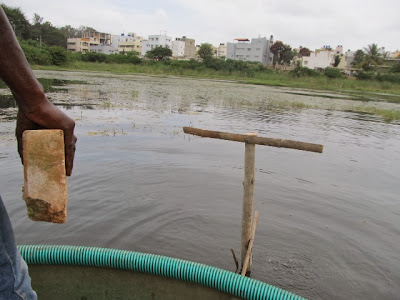 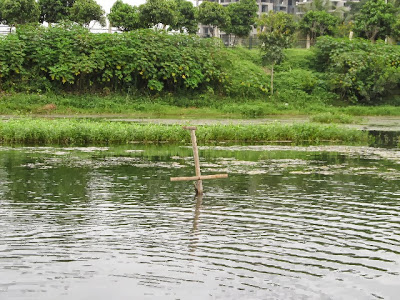 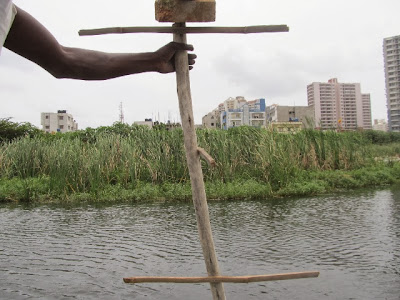 Water level markers – cum – bird perches
While removing the alligator weed some weeks ago, the men had left untouched little patches of the weed which had eggs in them, almost all of them of the Common Coot. A few of the older nests were vacant but one had a single egg in it. We went a little further (between the viewing deck and the inlets). Right in the middle of a lush growth was a nest. The men slowly guided the coracle around to give us a glimpse of the contents. The nest contained not one or two but a clutch of SEVEN eggs!  This sight alone was enough to encourage us that we are on the right track in making this little lake in our neighbourhood a secure habitat for birds! 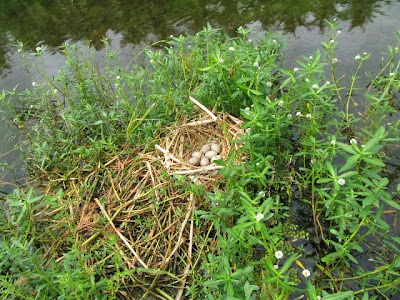 Eggs of the Common Coot 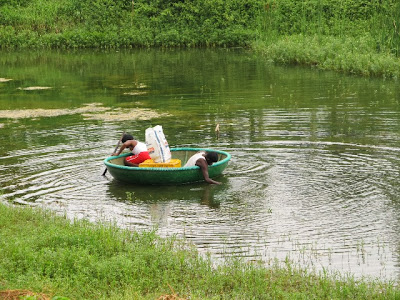 The fishermen, back to deweeding work
Without support from the BBMP, donors, volunteers and well wishers, we would not have been able to achieve this miracle of restoring a lake and seeing it thrive. Thank you all.
About Usha Rajagopalan 0 Articles
The author is a trustee of PNLIT.
Website