Last week, Madhurima, who regularly tracks the birds at Puttenahalli Lake had lots of “good news” for us.

“We had a babies’ day out at the lake. First the Coots brought one of their babies out. A Brahminy Kite spotted it and dived towards it, but unsuccessfully. So no casualties. Later the Coots brought out both their babies. Then the White-throated Kingfishers brought out two juveniles and the Wagtails also presented,  what looked like a juvenile.  And then, an Ashy Prinia brought out a tiny little Ashy Prinia! It was so tiny that we could not see it with our naked eyes.”

The previous day, she had other exciting sightings.
“When I walked into the lake premises today, I saw a pair of what I think are Black-winged Stilts flying out. Then I saw 2 Purple Herons, followed by a flock of 12 Scaly-breasted Munia and then the Oriental White-eye showed up with the missus. And that was not all, after coming home and zooming into the photos of some Little Grebes that I had taken, I realized that they weren’t Little Grebes at all. They were baby Coots. The Pheasant-tailed Jacanas are still here. Hopefully we will have some Jacana chicks soon.” 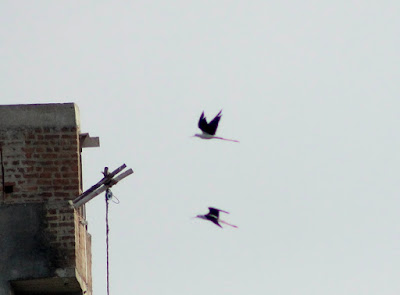 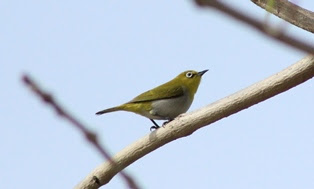 Are you interested in spending a few hours in such an environment and getting paid for it? PNLIT is looking for a Manager for Puttenahalli Lake, near MLR Convention Hall, J.P. Nagar. This is an exciting, unique and deeply fulfilling assignment. As Manager, you become a partner with the trustees to not just maintain the lake and its premises but to complete its transformation into a rich thriving eco-system – an achievable dream.
Requirements – an open mind and love for nature with some fluency in spoken Kannada. The job would include, but would not be limited to the following: assign work to the staff, supervise them, follow up with officials, help with organizing events, run small errands as needed, work together with the trustees.
The right candidate can expect a reasonable remuneration/ honorarium. To know more about PNLIT visit the website http://www.puttenahallilake.in. If you are interested in exploring this opportunity, drop a mail to puttenahalli.lake@gmail.com.
About Arathi Manay Yajaman 215 Articles
Arathi is a market researcher who loves to run and write. She has been actively involved in issues that affect citizens, including apartment management, waste management and lakes. She used to live in Mumbai and is now based in Bengaluru, working as a Community Anchor with Citizen Matters.
Website Facebook Instagram Twitter YouTube LinkedIn