National Geographic Traveller India (Indian edition of the American magazine) was launched in India in July 2012.

The August 2012 issue cover story is on "Quiet Places, Spaces of serenity". 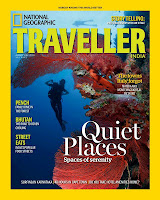 While skimming through the magazine, we found a page for Bengaluru/ Bangalore where there is an article on the Someshwara Temple in Ulsoor, and below this there is a mention of "4 other spots for quiet time". One of the spots named is Puttenahalli Lake! 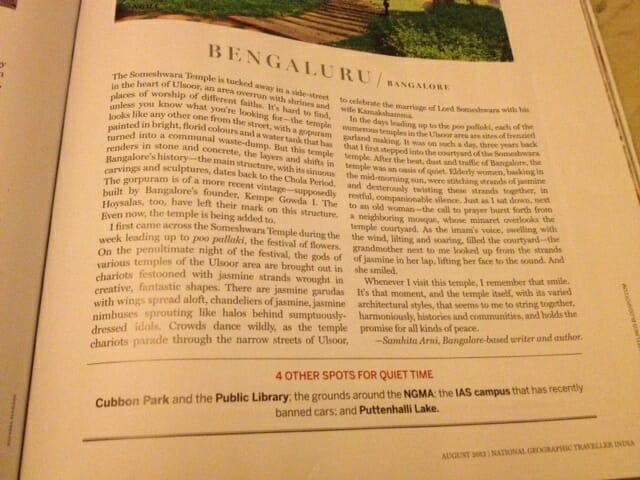 We would love to think that it is our JP Nagar Puttenahalli Lake that the editorial team means, but given that there is a Puttenahalli Lake in Yelahanka, we aren’t sure. Anyway, it is a pleasant surprise to see a Bangalore lake recognised as a quiet place, alongside Cubbon Park and the Public Library, the grounds around the National Gallery of Modern Art and the IAS campus (which we think should read IISc campus where motorised vehicles have been banned recently).  ⊕