11th Jun is PNLIT Founder’s Day and what better way to celebrate it in 2011, than at the local Puttenahalli Government School, JP Nagar 7th Phase. The school, with Chenna Basappa as Head Master, has 850-odd students in Std 1 to Std 10. The first batch of about 90 students is due to appear for the SSLC exam in April 2012. In addition, there is an Anganwadi that the younger children attend.

PNLIT, along with the staff of Puttenahalli Government School, organised a function to honour the children for academic achievement during 2010-11. Three children from each standard (Std 1 to Std 9 of 2010-11), received a ‘goody bag’ and a certificate from PNLIT, with the class toppers getting school bags, among other things. Other prizes included notebooks of different kinds, pens, pencils, erasers, sharpeners, pencil boxes, exam boards, lunch boxes, water bottles, games, books and other items. The best all-round performer received a wrist watch. 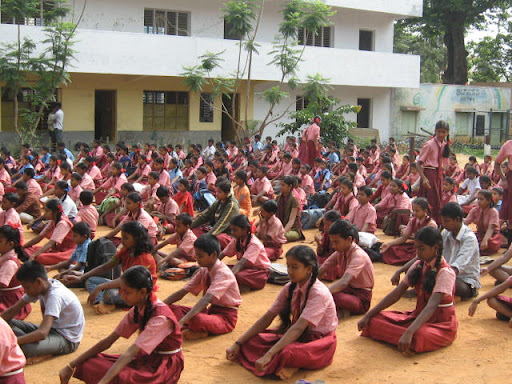 All the prizes (worth approximately Rs 35,000/-) were donated and sorted by residents of L&T South City and Brigade Millennium. Our appeal for contributions was so immense that we had enough to give each of the 850-odd children something noteworthy – at least a notebook, pencil and eraser. Some of the contributions are being given to the school for classroom interaction/ infrastructure and library use.

On behalf of Puttenahalli Government School and PNLIT, sincere thanks to all the donors for their generous contributions. 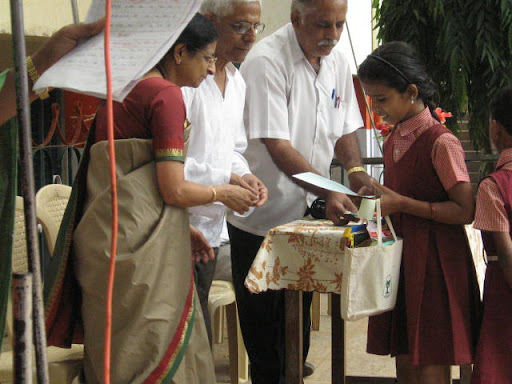 The smiles on the faces of the children said it all… THANK YOU for making it a memorable day! ⊕