After living in one of the most livable cities in the world – Melbourne – I became passionate about the cities’ phenomena. I have strived to discover more active ways to live in a the city, an appetite that has led me to intern with Oorvani Foundation. I chose to study urban governance – a domain echoing its object complexity – at SciencesPo Paris. I find great joy in contemplating the city and hope to use this blog as a place to convey my thoughts over the next six months.

Bangalore, or Bengaluru, has doubled in size in about a decade, and population has exploded. With such rate of urbanisation, it is facing a variety of issues that pile up as its population inescapably grows. Solutions to these exist, but the ramifications extend to and interconnect with so many other domains that they require excavating. Digging into the circumvented, opaque and booming Bengaluru requires time and effort.

I’ll be writing blog posts to document my stay in Bengaluru. These, if done with the application of a careful eye, will hopefully render my experience of the city’s life: a foreign and curious outlook. In addition, I’ll be reporting on diverse issues mainly relating to data and how it can be used to improve the governance of Bangalore, and cities in general.

Of poets and governors

All Bengalureans I’ve had the chance to meet are poets and governors. Governor in this context is someone who will prevail or have decisive influence over policies.

Urban poetry arguably finds its origins in the immensity of cities, in their vastness and opacity. It is when facing the grand human aggregates that are cities, that poets find themselves appointed with something quite similar to the most daunting nature: the cityscape. The picturesque can emerge from a densely jammed intersection given one looks with the right mindset; cities become as large as the wildest emotions. The poet has material.

On the other hand, in that immensity some may become desperate and call it chaos. In fact, we all do at some point. Our eyes can’t make sense of what unravels before us and that frustrates us. Our senses reject stimuli and fancy “elsewheres” where to retreat.

Facing the poet, but at the other end of the spectrum, stands the governor. The governor will conceptualise the city with theories, data, numbers and maps; he needs to rationalise. Turning the city into a graph may have harmful effects, it is a reduction after all, but it equips us with effective lenses to make decisions. 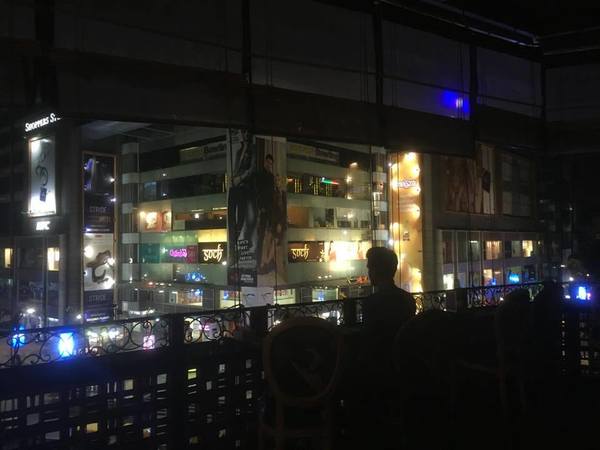 Thus, the poet is bewildered by the urban landscape before his eyes, and he loses himself in contemplation. The governor, meanwhile, steps back from the first-hand experience and looks at another Bengaluru—the one on a computer screen or a table sheet. He wants causality – reasons. And in between the poet and the governor lie all citizens of all cities.

All Bangaloreans I’ve had the chance to meet are poets and governors. They all have an idea of what their city should be, of what goes wrong and what should be done. They see it from their own eyes and tell their stories accordingly: happy and sad ones. Beauty sometimes interferes but not enough. Beauty is long gone they say: it used to be the “Garden City”; now they’ve cut down the trees and it’s all concrete and pollution.

What’s interesting is that most people I had these conversations with did not actually know the “Garden City”. They were either somewhere else in India or too young to remember. So here is how it goes: Bangalore used to be green, and the traffic was seamless, and people were cheerful and polite – a contagious nostalgia. Their city, they believe, shined once upon a time and is now set on a descending path; that this may be true is a possibility, but does that mean it is irreversible? Beauty is practically absent in the discourse of Bangaloreians.

I have seen many more trees and gardens in Bangalore during my short walks than in any other Indian cities. True, I have also seen flyovers and large residential complexes where trees used to flourish. But there is one thing that we know: what’s beautiful is way harder to get rid off than what’s deemed doomed. The Bangalorean poet exists but has receded to her shell. She has material to work on though, and we will all gain to hear her voice once again.