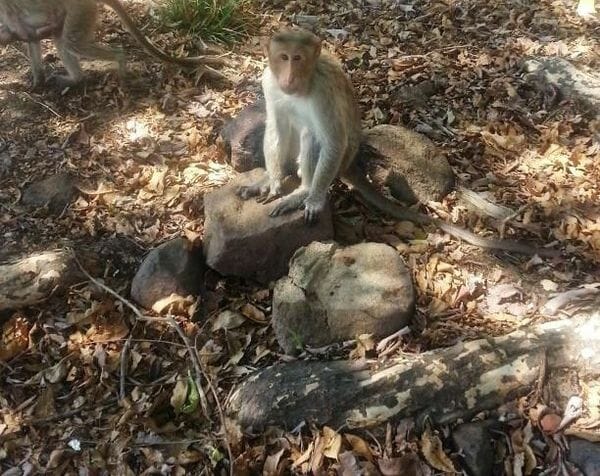 When people ask about my daily discoveries in Bengaluru, I have a hard time recalling what I still find surprising in India. After two months, I have moved past the innumerous cows that so nonchalantly add to the congestion on the Bengaluru roads. The symphony of barking dogs, shouts, calls to prayer, traffic and endless horns has drifted quietly into the background of my consciousness.

I no longer feel like rickshaw rides are similar to my childhood experiences at amusement parks. The perpetually burning mound of garbage near my apartment has become a pleasant sight, because it means I’m close to a fan and a fresh chapati. Even the beads of sweat that never seem to leave my face and neck, have become a part of my everyday life. I have relaxed into the Bangalore pace of life comfortably, and with an eagerness to enjoy the rest of my time here as a resident, student, and member of the Garden City.

So when people ask me what I am still adjusting to, I find it difficult to answer. But when something new happens, I am snapped back into the reality in which I am definitely a foreigner and the gaps in my perspective are definitely in play. For instance, the time when my coursework landed me, my classmates, and our program directors in a battle for our lunch against a family of determined monkeys on the banks of Kaveri River. 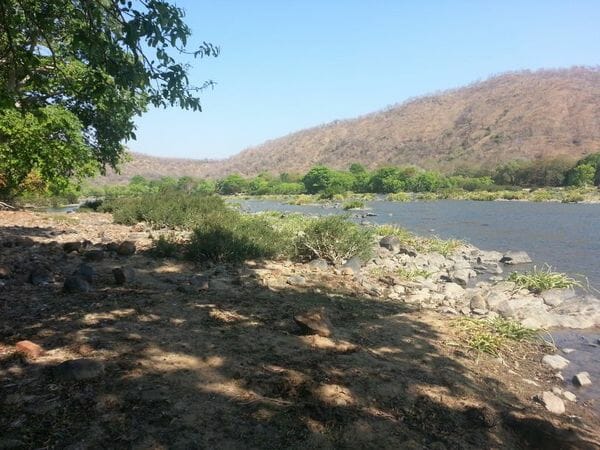 On the banks of the Kaveri. Pic: Eden Ezsak

It was a beautiful day. We were outside the dust of the city, no smell of exhaust and burning garbage clinging to our clothes. There wasn’t a cloud in the sky when we unloaded ourselves from the bus, eager to stretch our legs and enjoy the peace and quiet, as we carried our dabbas filled with lunch to be eaten on the river bank. When we reached the water, we settled in for a lecture on the effects of water pollution and river dams, and prepared for a pleasantly uneventful day.

Many animals were curious about our presence. A group of happily drunk men wandered by and warned us of crocodiles in the water. A wild boar happened upon our group and observed us, uninterested, as he drank from the river. Even a few birds helped prevent boredom with their songs. Just as our stomachs dominated our brains and forced our attention to the warm food, as if on cue, a group of monkeys meandered over. 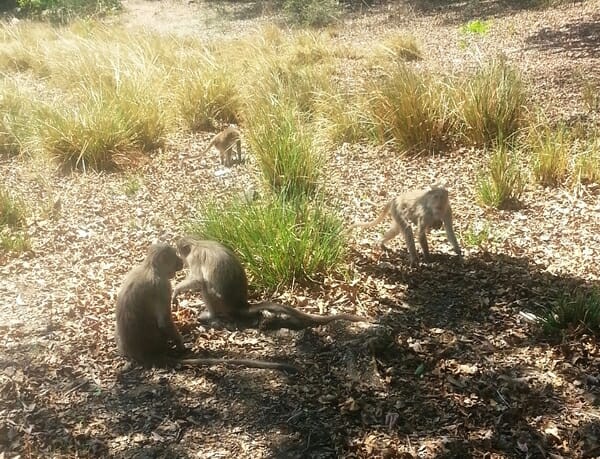 In true foreigner fashion, my classmates and I giggled and awed at how cute the monkeys were. One monkey had its new borne baby clinging to its chest. A few adolescents hovered at a distance, and the males slowly made their way closer and closer to our group. It was all so fascinating. I had never been so close to monkeys before. Every monkey I had seen prior to coming to India was either on a movie screen or caged. But here were six monkeys coming right towards us! How exciting!

However, the Indians in our group groaned, and as we all sat down for lunch, the American students understood why.

No sooner than one dabba was opened, when the biggest male made his proximity known. He greeted us by climbing down the low hanging branches above our heads, and began jumping up and down, dropping leaves and sticks on us. So we did what we could. We stopped adoring him and adjusted our attention to the food.

We were sitting in a circle with lunch in the centre, believing our line of defense was impenetrable. The big monkey was circling us as if we had stolen his food, and it wasn’t long before his offensive strategy was reinforced by his troop of four hungry companions.

Lunch was no longer leisurely. Conversation was dominated by exclamations of “Don’t look them in the eye”, “If you make eye contact, they’ll come closer”, “Hey! Behind you!” and “Prakash, toss me the stick!”. We were surrounded by determined monkeys who were only slightly deterred by the loud noises and large sticks, and it was clear we were losing this battle. When someone stood up, the biggest male made his move. He snatched the plate right out from its rightful owner’s grip, retreated all of one metre, and began stuffing his mouth. The other monkeys quickly took note of his victory and invaded head on. We were lost. The monkeys wanted our food and there was little we could do to halt their attack. 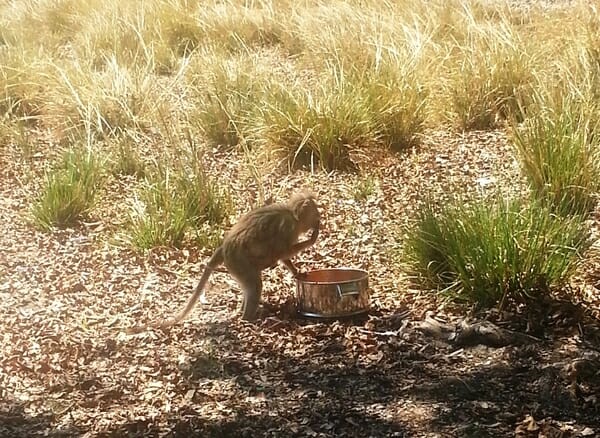 Eating right out of our dabba. Pic: Eden Ezsak

Recognising defeat, we changed our strategy.  We surrendered everything to them: the remaining vadas, the sambar, the bisi bele bath, the chutney, the daal, all of it. And we watched as they filled their little mouths with our lunch, comforting each other with the idea that justice might be served when their unaccustomed digestive tracts encountered the mustard seeds, curry leaves, and chilli.

At this particular moment, I was very aware I was in India and, even two months in, my perspectives and ideas were still changing. Monkeys morphed from cute, playful, harmless little creatures into strategic, fearless, furry little menaces in a short span of 30 minutes.

But dramatic adjustments to my outlook on life remind me that the remaining time I have here will be full of unexpected lessons at the end of each battle; whether the fight be with an adjustment to cultural gender expectations, a rickshaw driver, my notions of tolerance and acceptance, or my slowly growing tolerance to chillies. My journey in Bengaluru will never cease to mold and shape my perspectives about myself and this world.

About Eden Ezsak 0 Articles
Eden Ezsak is an undergraduate student at the University of Illinois studying Communication and Global Studies. She was an intern at Citizen Matters.