I was standing in awe of a temple carved out of stone, the colour of a sunset in a place in North Karnataka, when my travelling companion approached me. She’d been speaking with the man who gives tickets. 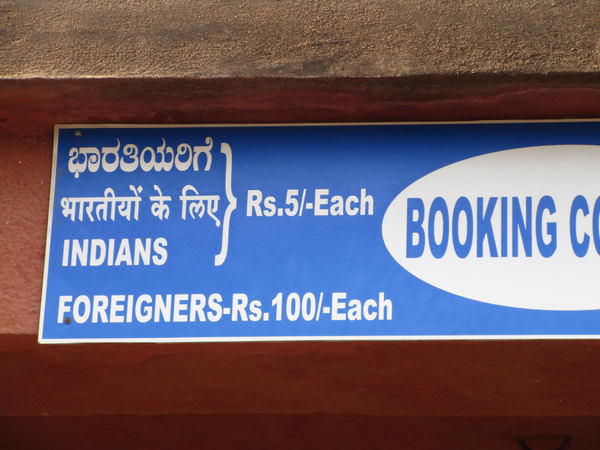 I grinned. Clever joke, ticket-taker. But when I approached the ticketing window, a cheerful blue sign confirmed the sentiment: “Foreigners: Rs 100.” Grin successfully wiped from my face, I was a little taken aback. Was it really going to cost me ten times as much as my companions to visit the historical site? Apparently. And I wasn’t particularly sure how to feel about that.

You see, the price was still completely affordable – roughly $1.58. And the caves were worth that and so much more — it would of course taken an exorbitant ticket price to keep me from visiting them (please don’t tell the ticketing office that). Every historical place I visited during my trip to northern Karnataka was more than worth the money. However, every location also charged me more than my companions, with one site charging as much as Rs 250. 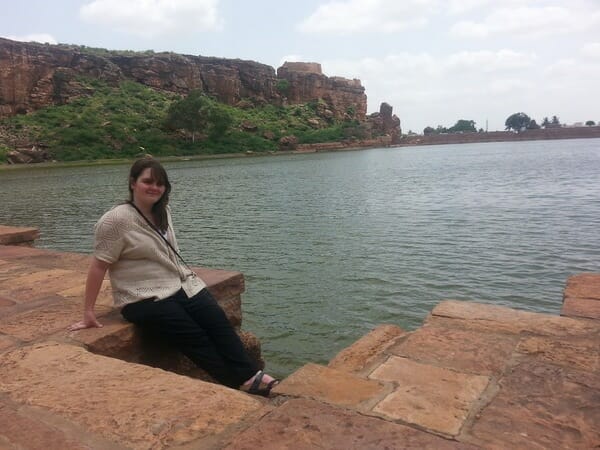 Holly Thorpe at Agastya Lake. In the backdrop is the cliff face with Badami’s cave temples. Pic: Akshatha Rao

But it just seemed a little unfair. Like a jab at me for daring to be a tourist, for daring to come and gawk at the gorgeous architecture and history captured in the cliff face overlooking Badami. What made my gawking any different than everyone else’s?

When I arrived back in Bengaluru, I went online to find some solidarity (or more accurately, to validate my feelings of injustice). I found that this isn’t just a problem at the caves, but elsewhere in India. The Taj Mahal for instance, charges foreigners Rs 750, and Indians Rs 20. Certainly, other people were displeased as well — backpackers, tourists, people visiting for school or on business, all of them grimaced at the idea of paying more for the same experience as someone else.

I also came across some excellent observations by those who weren’t bothered by what they deemed the ‘foreigner tax’. One commenter on an outraged traveller’s blog post reminded him that the sites are maintained by tax paying citizens, so the price evens out for most locals. Others stressed that discounts for locals are common around the world, and that supporting heritage sites was more important than saving a buck.

As I read, it occured to me that the thing I had been upset at was a little absurd: not being treated as a local. As though I would expect that in any other context. As though I, the ghostly white girl with a distinctly American accent, would ever expect a shopkeeper or rickshaw driver or even co-worker to treat me as though I’m a resident, a local. I would be helpless if all of these people didn’t recognise me as a foreigner and treat me at least a little differently because of it. It would be — or at least feel — disastrous, if those around me didn’t forgive my multitude of social faux pas on account of the fact that, well, I’m kind of new here.

It irks me a little bit still. It’s irritating knowing that when I wander up to the ticketing counter that everything about my person screams, “Charge her ten times as much!” to the salesperson. And I still can’t shake the feeling that by charging me so much more, a somewhat unwelcoming message is being sent to visitors. One that begrudgingly says “Fine, outsider, you can look if you must, but let’s not either of us forget that you don’t belong here.”

Of course, that’s exactly what I am: an outsider. I am being welcomed into a country as a visitor to experience a history and culture that is not my own. It took a few days for it to sink in that thatis what makes my gawking different than everyone else’s gawking: I am an outsider looking in on another country’s past. And to have that opportunity, to be welcomed to look and learn despite my ignorance, despite being a temporary member of this society, that is worth much, much more than the $1.58 I was angry to have lost.