Hello, dear reader, with whom I’ve shared so much. If you’re reading this, it means the time has come for me to leave. Perhaps, as you’re rubbing your weary eyes and preparing for bed, I’m up in the air, waving goodbye to you from the polluted sky above Bengaluru. Yes, after 11 weeks in the Garden City, I’m going back home.

Back to a place, where, like they say on Cheers, “Everyone knows my name.” Then again, did anyone even watch Cheers in India? Another question I’ll never know the answer to.

Add it to a growing list of questions I didn’t think to ask until I’d left, and questions I wasn’t brave enough to ask until I was on a plane to Dubai. One of which includes: Why do you have both a hose and toilet paper in the bathroom? That seems redundant. Of course, I never asked, because it was entirely possible that the fact that I didn’t know, meant I was using one of the two very incorrectly. 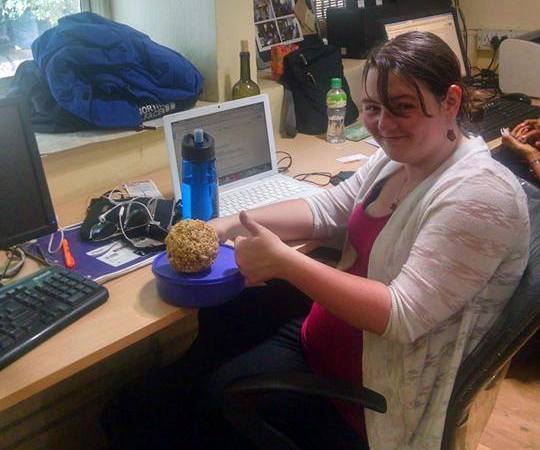 Back to a place where eating with my hand will get me scolded by my mother and the food won’t feel like it’s attempting to dissolve my mouth when I eat it. Because Indian food is food with a vengeance. It is unapologetic by nature. So I’ll return to my American cuisine that is riddled with identity-crisis instead of flavour. And while I’m there, I’ll start my search for an Indian restaurant to fill the void left in my heart, until I return to India.

Because, whether India wants me or not, I’ll be returning. So many people have asked me, “Do you like India?” And they always seem surprised when I answer with an emphatic “Yes!” One girl who asked didn’t believe me; she thought I was lying to be polite. Now, I would lie for a lot of reasons, but never just to be polite. I have loved India, and I am heartbroken to leave it. No other place, no other culture or experience has ever taught me so much.

And I’ve been trying to figure out why. Perhaps it is because India has challenged so many of my ideas. Ideas about language and identity, and the ways in which they impact each other. Ideas of poverty and wealth, of spirituality and politics, of gender roles and sexuality, and the environment. Perhaps it’s because India has validated many of my convictions about these things as well. Encouraged me in believing that the things I care about, and the things I fight for back home, are important and problematic and relevant on a global scale.

And perhaps it’s because it has given me so much hope. Many times while in Bengaluru, I have encountered a problem that seems unsolvable. Lake rejuvenation. Mountains of trash. Stray dogs. Corrupt politicians. Homelessness. An uncooperative and dysfunctional government, and what has often seemed like a massive culture of apathy that has made these problems seem hopeless. Insurmountable.

And yet, I have met and heard the stories of individuals working to combat them. I have sat amid the trees at glistening lakes whose pictures from 20 years ago depicted nothing but weed-choked lots. I’ve walked along sidewalks that were once crumbling and reeking of urine like so many here, but are now functional, safe. I’ve met people who despite the constant barrage of horns and the smell of burning trash which I find so distracting, have such a clear image of the city they want to live in. And they are creating it.

Success is, of course, incremental. Small triumphs amid a confusing city, going through the urban equivalent of puberty: sudden and uncomfortable growth, and a myriad of new and frightening changes and problems which will require new and frightening solutions.

When I return — and please believe me, I will — perhaps I won’t recognise this strange metropolis I’ve lived in this summer. It would not be so surprising. After all, the city I saw as I stepped off of the plane is already no longer the city I will be waving goodbye to from the plane window. Of course, maybe in that case it’s me who has changed, and not Bengaluru.

First week in a city that refuses to be ignored
Potty training in Bengaluru
Humble pie: An American palate adjusts to food culture in India