The Bengalee Association held Durga puja celebrations at the RBANMS grounds in Ulsoor. It was my first Dussehra, Bengali style!

The idol of Goddess Durga at the decorated pandal 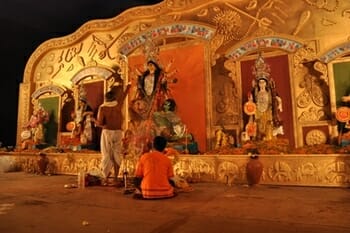 Bangalore’s Bengalis turned up in hundreds for Durga’s blessings

Both young and old were a part of the celebrations

Plenty of food stalls, all a tribute to the Bengali’s love for food 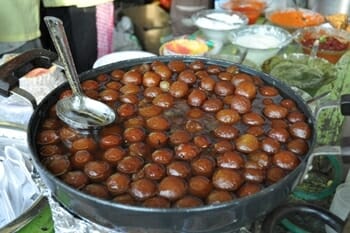 Old habits die hard, they say. Despite the presence of many garbage bins, this was the scene at the grounds

The toysellers had quite a day themselves!