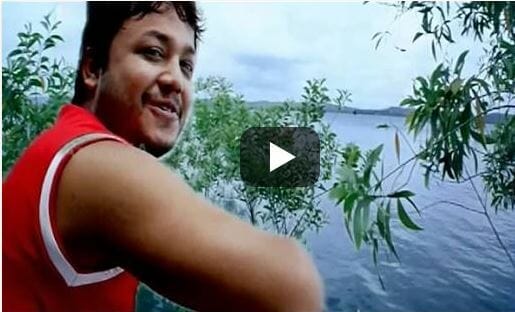 Music from Kannada films continue to be very popular, despite media coverage of the challenged state of the Kannada film industry.Much of the credit has to go to music directors who continue to innovate, by combining elements of classical music with fast-paced rhythm and lyrics that appeal to the masses. Movie songs are seldom based on a single raga and often are a mix of several ragas. Let’s explore some Kannada movie songs that are based on Indian classical ragas.

Hamsageethe was a ground-breaking movie that featured classical music from Shyama Shastri’s compositions to Jayadeva’s Ashtapathis. The movie was based on the life of a classical musician and won several national film awards. Here is carnatic vocalist Balamuralikrishna singing Himadri Suthe, a composition of Shyama Shastri in the raga Kalyani from the movie. Balamuralikrishna was one of the music directors of the movie.

The song Ee Sundara Beladingala from the movie Amrutavarshini is based on raga Kaapi. The song was sung by Chithra and S.P.Balasubramaniam and set to music by Deva.

Sonu Nigam became extremely popular in the Kannada movie industry with his hit song, Anisuthide Yaako Indu in the movie Mungaru Male. The song is based on raga Natabhairavi and the music director of the movie was Mano Murthy.

The quirky song Aramagiri Subbalakshmi from the movie Bahaddur starts off with notes of raga Ritigowla. The song was sung by Santosh Venky and Apoorva Sridhar and the music director was V.Harikrishna.