The song Chaiyya Chaiyya plays on the lawns of the Mehboob studios in Bandra, Mumbai. After the first few lines of the song, the music is switched off. I ask the kids in the audience if any of them want to sing the song. There is a show of hands and two girls sing together. There’s a confident smile on one face while the other shows signs of nervousness. Yet both girls sing the song effortlessly. As I sing along with them and later a snippet of the classical raga behind the song, there’s a look of dawning comprehension on several faces.

I am at the Times literary festival 2014 in Mumbai with my friend and writer Shoba Narayan. The two of us are conducting a workshop for children “The Raga Connection” where we trace the classical roots of popular indian music (Bollywood for you). 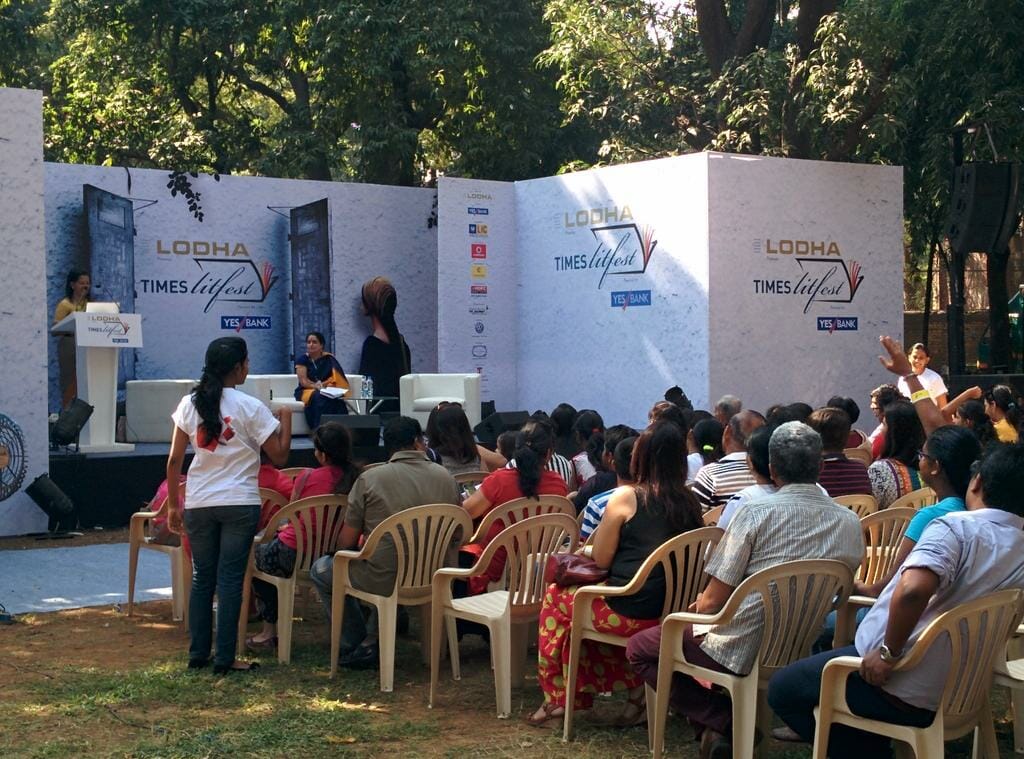 When we are young, particularly children, we are very open and receptive. We can grasp things easily. With the right encouragement and incentive the energy and attention of children can be channelized into any activity. The Raga Connection workshop was intended to help children realize that classical music is not something alien or inaccessible but that they are already listening and singing – only they are unaware of it. Like learning a language or an instrument, learning classical music or at least to appreciate it, helps the listener lead a richer life. Advanced listeners will learn to recognize how the math or physics they’ve studied applies in real life.

The best way to introduce ragas is through songs – especially songs that listeners can relate to. Even for those who want to appreciate classical music, the first step to identify a raga is by songs based on the raga and not by the structure or notes of the raga. By bringing a connect between classical melodies and popular music whether Bollywood, bhajan or folk music, children can first get familiar, then begin to understand the concept of ragas.