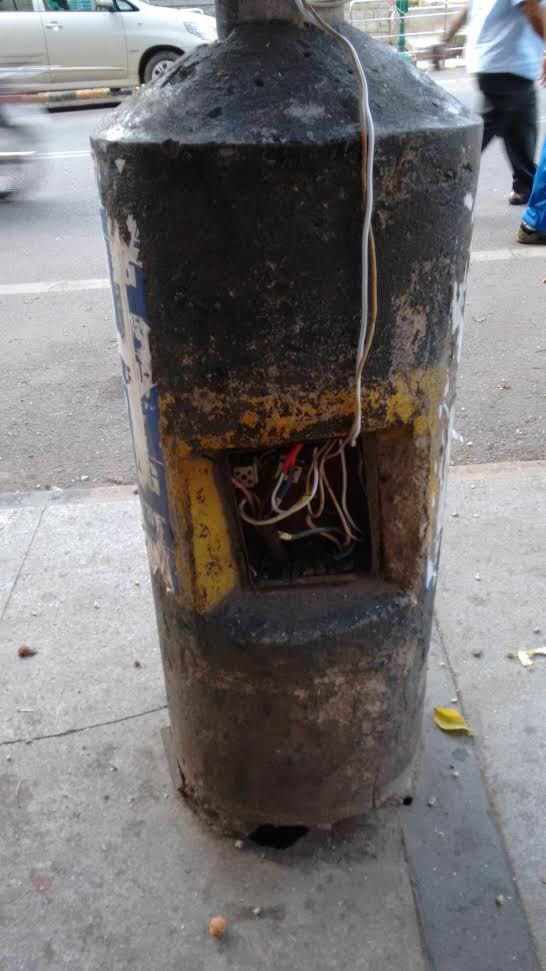 It is impossible, as far as I can tell, to check up on the complaints. I’ve tried to do so, but it only allows you to do a serial search and not a random access search for the complaint.

A few days ago, out of frustration, I sent another email to the Commissioner (comm@bbmp.gov.in)

“In spite of receiving over 10 calls from BBMP asking me if the work has been done — and many of them assuring me that they will personally inspect the site and ensure the work is done — ABSOLUTELY NO work has been done. Meanwhile, this is the condition of the street lights. The local kids play a game – they challenge each other to touch the wires…”

Still no reply and no work. The saga continues…