“If there is magic on earth, it is contained in water.” – Loren Eiseley

Bangalore Film Society and Deep Focus cinema along with the partners of the film festival; Rolling Frames Film Society and Birdspot – Bird Habitat Observers, with support from Karnataka Chalanachitra Academy, welcome you to the 9th edition of Voices from the Waters International Traveling Film Festival on Water – a community outreach event on water in everyday life  addressing the most important issues – potable water for house hold needs, agriculture and industry. 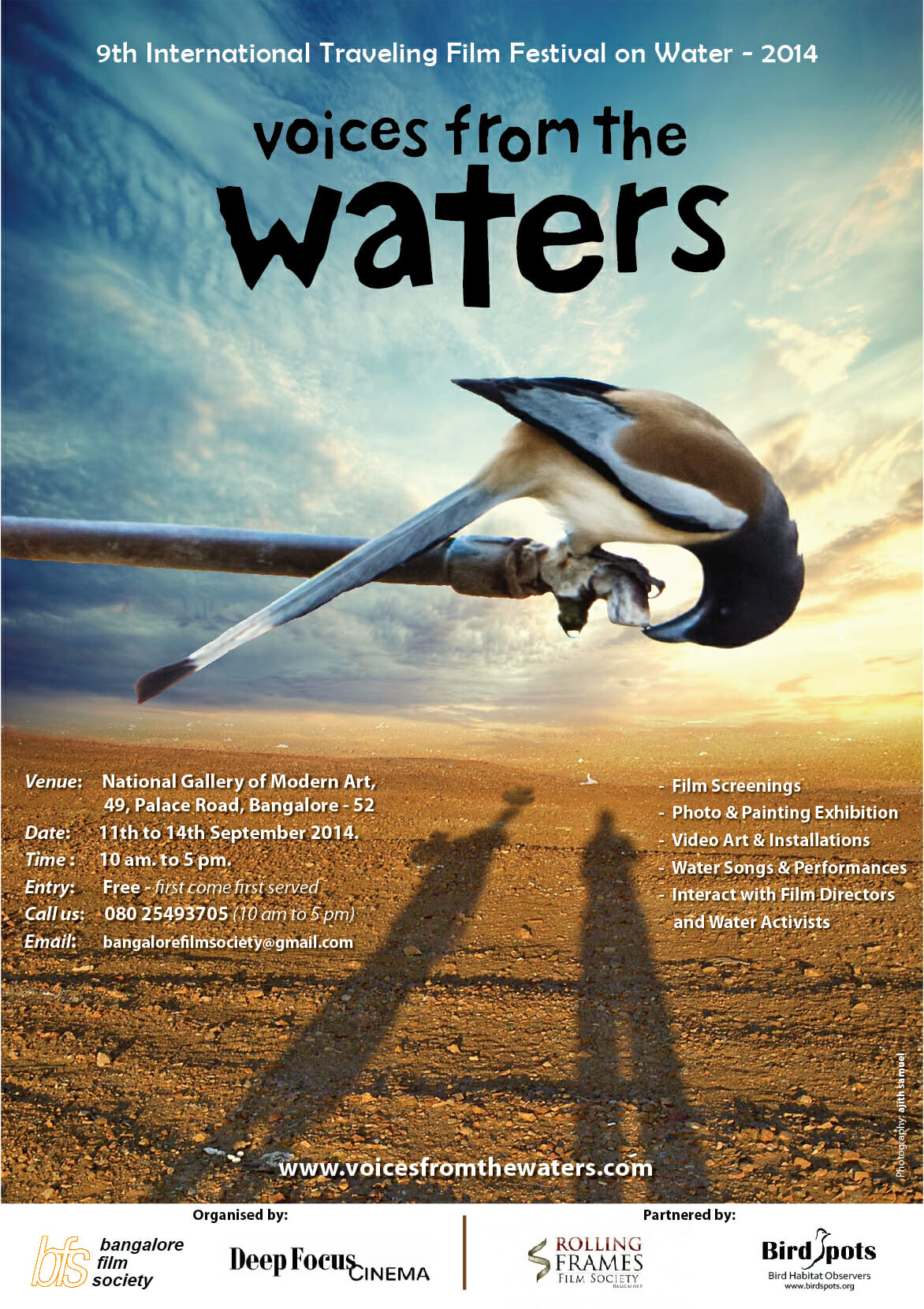 Screening for the public will start at 10 a.m. on 11th September, but the formal inauguration is at 4 p.m. The festival will be inaugurated by Shri Nagabharana, well known Kannada film maker along with other dignitaries and film directors.

About 200 films from 48 countries were received for this festival, of which 90 films from 38 countries would be screened. The films deal with very pertinent issues of water – all of them  a must watch. There are eight Kannada films, including ‘Drop by Drop’, ‘Neeru Neralu’, ‘Battle for Water’, ‘Water Crises’ and ‘257mm’. After each screening, there will be an interaction and debate on the film theme.

Voices from the Waters International Traveling Film Festival on Water focuses on Water Scarcity,  The Dams and the Displaced,  Water Harvesting/Conservation,  Water Struggles/Conflicts,  Floods and Droughts, Global Warming and Climate Change, Impact of Deforestation on Water-Bodies, Water, Sanitation and Health,  River Pollution, The Holistic Revival of Water Bodies,  Water and Life and many other interesting perspectives.

Apart from screening internationally acclaimed films on various water themes for the public, the other events at the festival are a photo exhibition titled Retrieving Memories from Water by Crislogo Futardo, interactions with film directors, water scholars, grassroot level water activists and water songs.