Bangalore Mirror’s article dated 14th Sep 2015 says: The move makes Bengaluru arguably the only Tier-I urban area to have a bird sanctuary within the city limits.

For several years, efforts have been on to get this lake in north Bangalore onto India’s Conservation Reserve list. A report in The New Indian Express of April 2007 said:

According to biodiversity expert Dr Harish R Bhat, Bangalore is left with only 34 healthy tanks, 14 of which are in Bangalore North and these attract many birds. Out of these, Puttenahalli is prominent because more than 7,000 birds can be sighted during the breeding season.

The avifauna of this lake also includes some of the endangered and migratory birds from the Northern Himalayas and Siberia.

Many species which are listed under threatened category from International Union for Conservation of Nature and Natural Resources (IUCN) find this lake as their favourite abode during breeding season – the Painted Storks and Darters to name a few. The new tag of conservation reserve will help in preserving the rich bird population in a urban set-up, he added.

The lake which is under the Forest Department/LDA has been at the receiving end of sewage, garbage and debris, as well as inflow from a dysfunctional STP. It took the concerted effort of local residents to get the authorities moving and push them out of their apathy. A citizens’ trust was registered in April 2013. In anticipation of the lake being made a reserve, those who came together to form it, decided to call it Yelahanka Puttenahalli Lake and Bird Conservation Trust or YPLCT. Its Facebook page can be seen here. 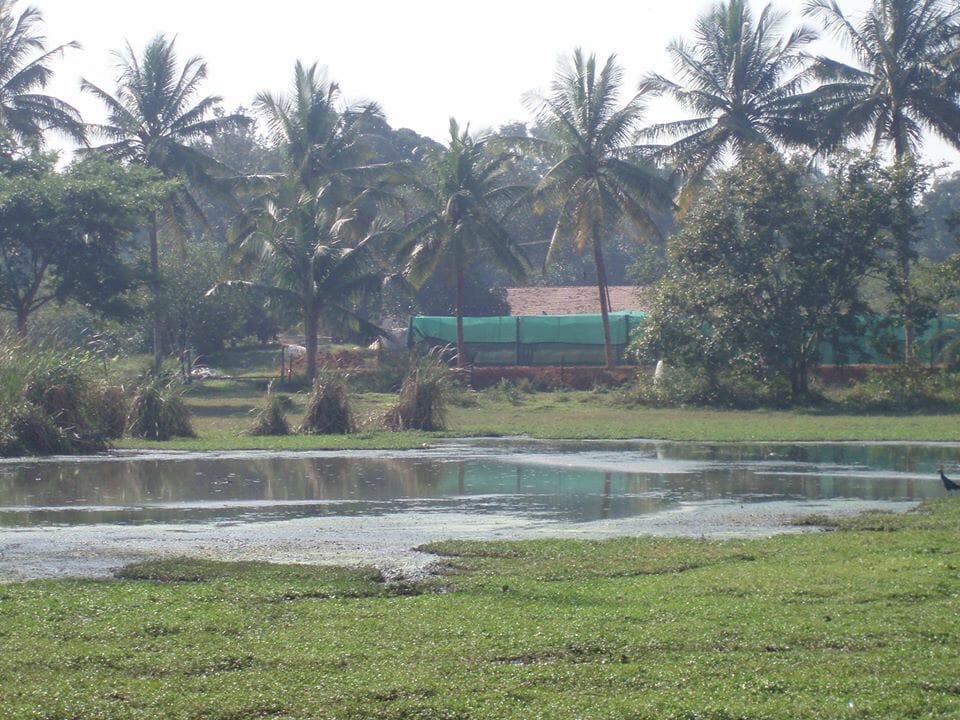 A report in the Deccan Herald of Jan 2015 indicated that work towards the objective of sanctuary/reserve status was underway:

Home to many species of local and migratory birds, the Puttenahalli lake in Yelahanka will soon house a bird sanctuary. To make this project a reality, the Lake Development Authority (LDA) has been carrying out works in full swing since the last month.

The project, which was on the back burner for six years, has finally seen the light of day, especially after a team of the Upa Lokayukta visited the poorly-maintained lake and issued on-the-spot orders to revive it.

Though approved in June 2015, the official notification of declaring the lake a Conservation Reserve was published in the Gazette dated 10th September 2015. 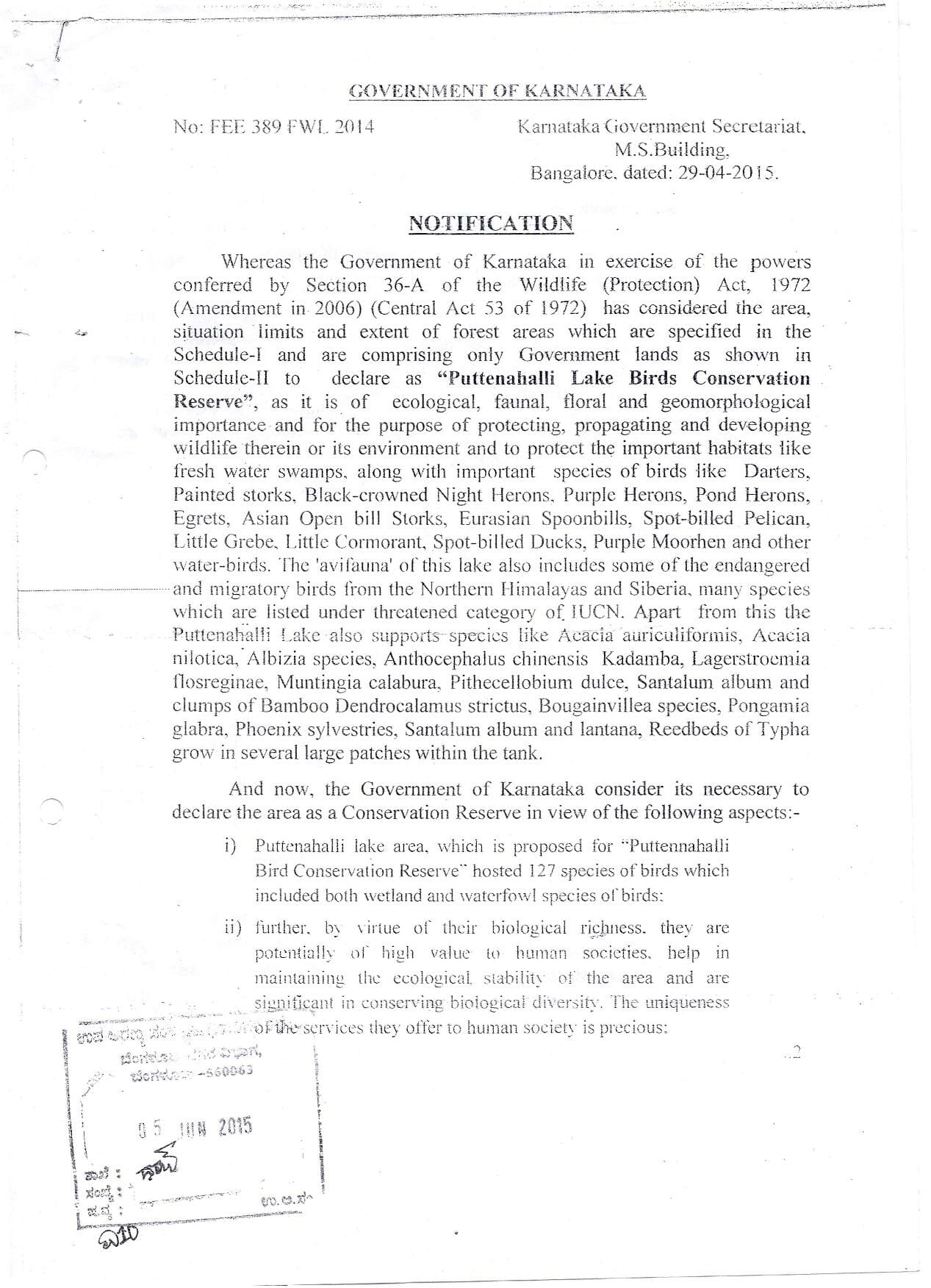 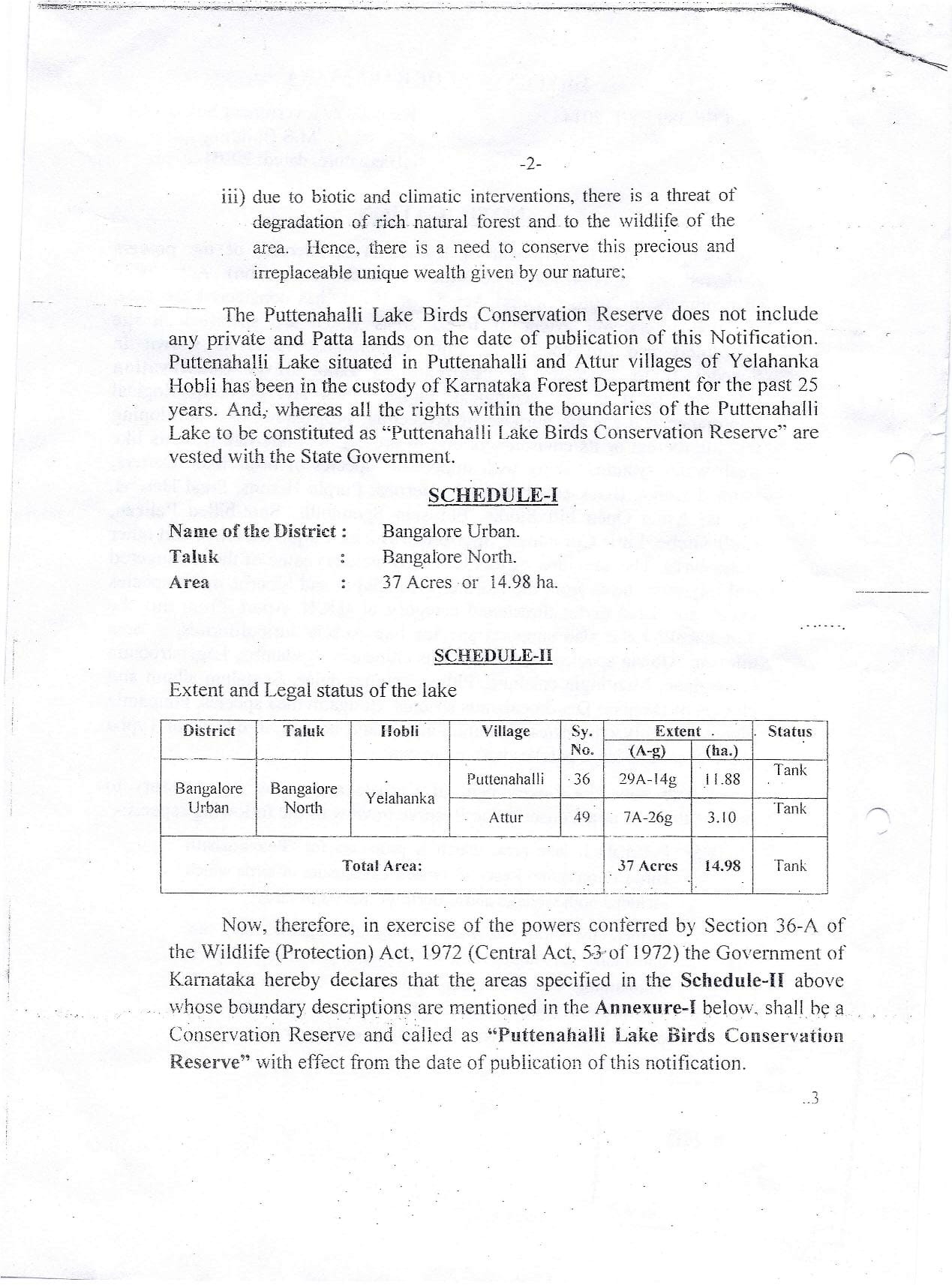 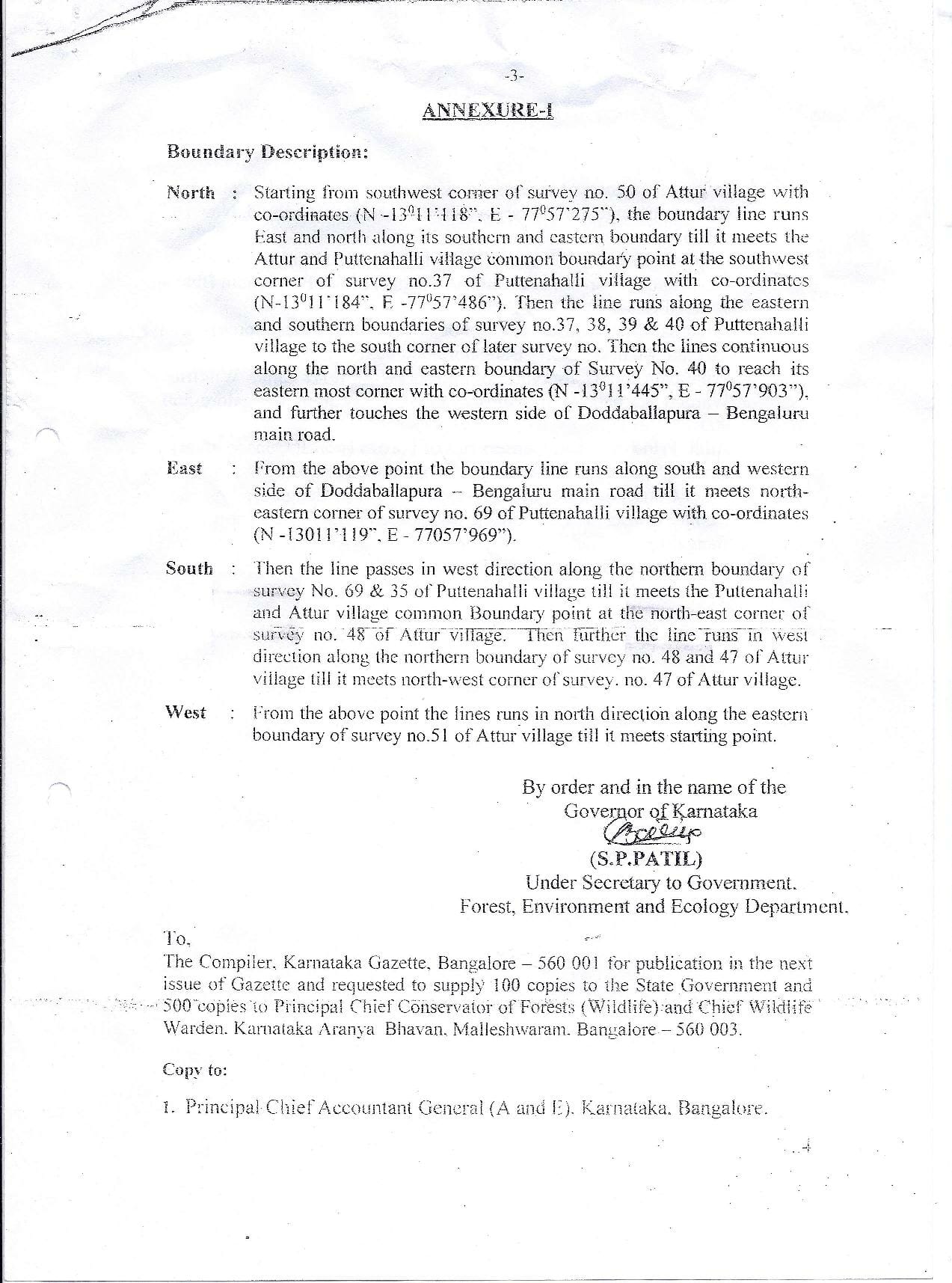 Dr Sangunni, one of the active members of YPLBCT, when contacted, said that way back in 2009, Dr Subramanya had made a detailed plan for the lake which has been the starting point. After discussing with many scientists working on lakes and taking into account the problem with sewage, this lake’s DPR has been designed differently from others. While sharing the rejuvenation plan he said that the sewage can be monitored and at the same time, the untreated sewage can be treated before it reaches the lake. Dr Chanakya of IISC has been instrumental in the design. Every alternate Friday, the JC, Mr Sarafraz Khan heads a meeting of all the stake holders at the site. Now even the DPR for a 5 MLD STP is ready. 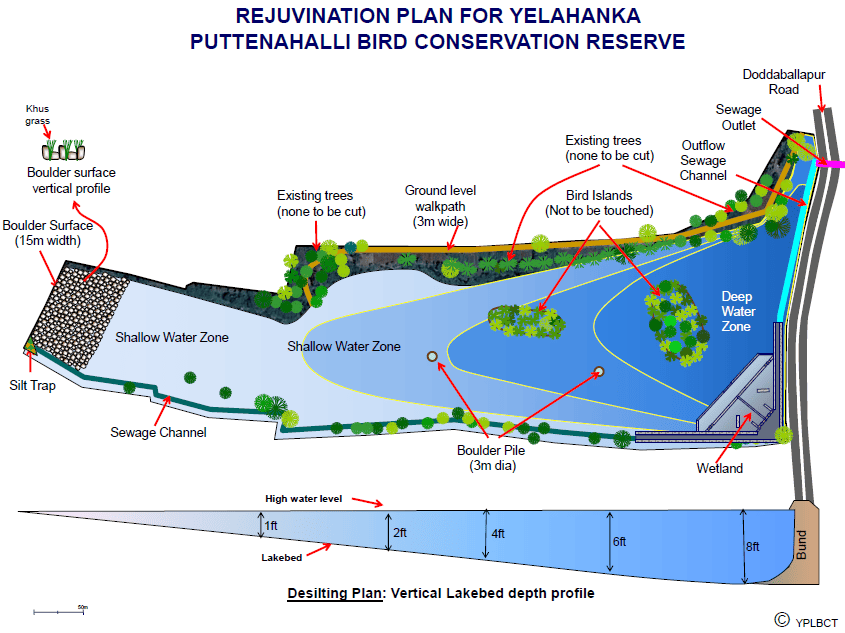 What does “Conservation Reserve” really mean?

The State Government may, after having consultations with the local communities, declare any area owned by the Government, particularly the areas adjacent to National Parks and sanctuaries and those areas which link one protected area with another, as a conservation reserve for protecting landscapes, seascapes, flora and fauna and their habitat, Provided that where the conservation reserve includes any land owned by the Central Government, its prior concurrence shall be obtained before making such declaration.

The State Government may. where the community or an individual has volunteered to conserve wild life and its habitat, declare any private or community land not comprised within a National Park. Sanctuary or a conservation reserve, as a community reserve, for protecting fauna, flora and traditional or cultural conservation values and practices.

After the issue of notification under sub-section (1), no change in the land use pattern shall be made within the community reserve, except in accordance with a resolution passed by the management, committee and approval of the same by the State Government.

One hopes that with this new “reserve” recognition, Puttenahalli Lake will get the attention it much deserves, and that both the citizens and local authorities work together to make it a comfortable habitat for the birds and other life it aims to conserve.