This is the Akshayanagara Lake. Less than three years ago, it was a nothing but a patch of land with overgrown weeds and sewage as seen below. 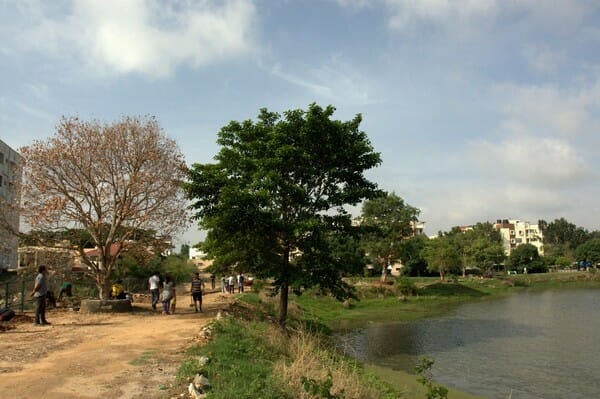 The transformation is the work of a group of enthusiastic residents of the layout led by Ramesh Kumar who have toiled to restore the lake to its present form. 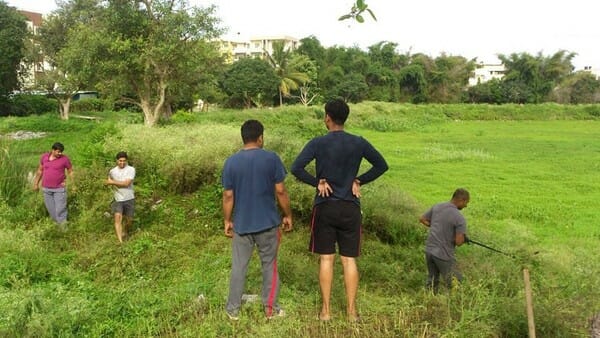 In 2009, one side of the lake bund was strengthened and fenced, most of the sewage was blocked, and the entire lake was cleaned up at a huge cost running into lakhs. The cost was borne by the residents along with the local MLA. But till 2013, it was still a dead lake with no water.

The weekly activities to resurrect the lake again started in 2014 and picked up pace in mid-2015 with more and more residents showing up to clean the lake area in patches, plant saplings and maintain the same. It has not been an easy run as the lake would go back to the same state while not being monitored (pre-2015). However, with time, the number of enthusiasts increased and what we see today is the effort of these residents who turn up every weekend to diligently maintain the lake.

As the word spread through physical evidence and through a Facebook Page maintained by the group (331 members as on date), today the no. of volunteers monitoring the lake has gone up to as high as 100. Those who cannot contribute through manual labour have done so in the form of funds. The maintenance cost is entirely funded through residents’ personal contributions. The team led by the Akshayanagara Residents Welfare Association carefully maintains record of the inventory, costs and funds received

The team has set up a rain water harvesting mechanism under which with the help of metal filters and pipes, plastic and any other form of solid waste is blocked and the fresh water is allowed to flow directly to the lake during rains. The ground water level has improved since as observed by the residents.

The group has very recently also started a “One Tree for Your Kid” plantation drive under which preparation for planting 80-100 saplings is already underway. Each sapling has to be fruit bearing and will have to be maintained by the parent and the kid together. 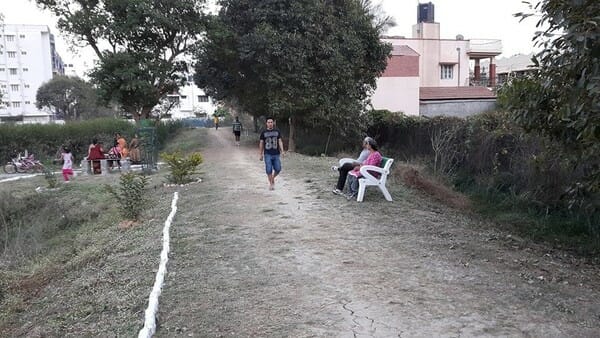 What we see around the lake today is a buzz of activity: early morning walkers, cyclists, couples who come for a leisurely stroll, children playing, yoga enthusiasts and more. All thanks to the commendable efforts of a bunch of people who set out to make a change.

You can read about the timeline of activities in detail on a resident’s blog here.

You can also follow and contribute to the acitivities in any capacity by following their Facebook page Akshaya nagara kere sutta mutta here.

About Sapna Prabhu 1 Article
Sapna works for a financial services firm. During her free time, she loves to cycle.