Today, 28th September 2014, Bangalore is playing host to the first ever Red Bull Flugtag in India.

Red Bull Flugtag (Flugtag=flight day) is an event organized by Red Bull in which competitors attempt to fly home-made, size- and weight-limited, human-powered flying machines (max 10m/30 ft, 150 kg/330 lbs). The flying machines are usually launched off a pier about 30 feet (9.1 m) high into the sea (or suitably sized reservoir of water). Most competitors enter for the entertainment value, and the flying machines rarely fly at all. The first Red Bull Flugtag competition was held in 1991 in Vienna, Austria. It was such a success that it has been held every year since and in over 35 cities all over the world. (Source: Wikipedia)

To know more about what can be expected in Bangalore, read the report in yesterday’s Hindu newspaper here. Union ministers Sri Sadanand Gowda and Sri Ananth Kumar are expected to attend the event.

In a vast country like India, it is amazing that Red Bull identified the 37 acre Sankey Tank, one of the last surviving lakes of the original Bangalore city for this. Sankey Tank has received a fair amount of attention from the local administration in local years, after being saved from the clutches of builders in 2004. A park was developed around it, and the waterbody was cleaned up. A special kalyani for Ganesha immersion was built, to save the main water body from pollution. The lake has a boating facility, and a central island with a mini-forest. There is also a swimming pool adjacent to the lake. With its rich flora and abundant supply of fish, the lake is home to several species of birds and other forms of life through the year. During the winter months, many migratory birds, escaping the harsh cold of north Asia and Europe, can be spotted here. 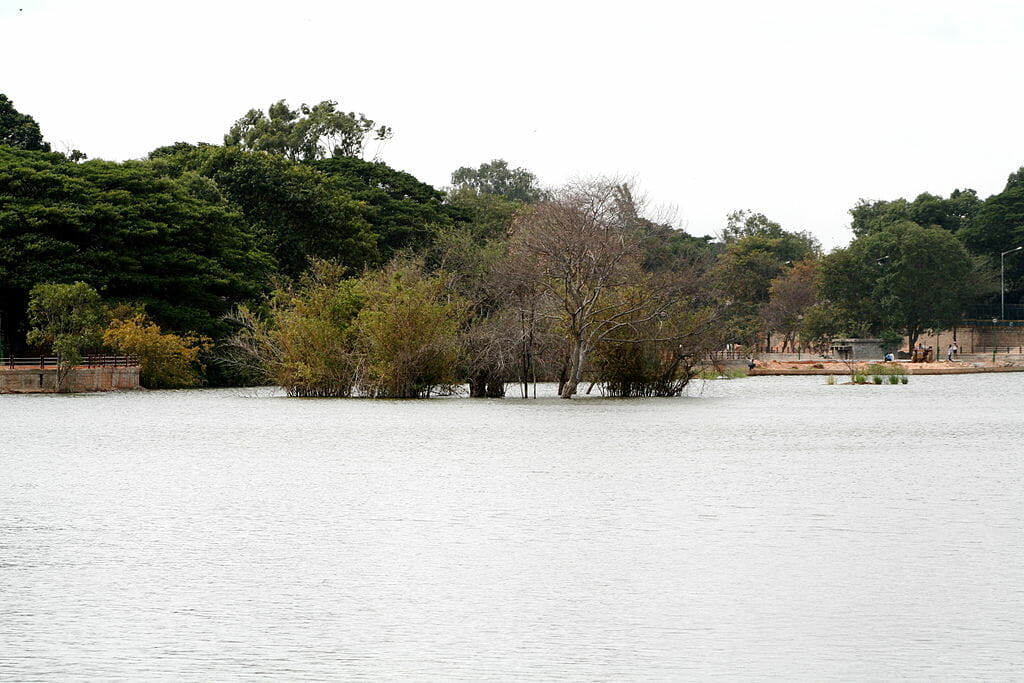 Lake activists are worried that this Flugtag event will disturb the lake’s eco-system. Also, the hosting of such a commercial event in a lake is in violation of the high court orders following the Justice Patil Report. Sources close to the BBMP / Forest Department, the custodians of the lake, have indicated that Red Bull has paid money to BBMP and erected a fountain in lieu of permission granted for the six hour event. This is like a godsend for the BBMP that is said to be starved of funds.

Going by most recent information, the event is proceeding as scheduled. Its impact on the environment will be seen in the next few days.