Yesterday (20th October 2014), the BBMP, Revenue Department and BMTF with support from local Police cleared around 20% of the encroachments around the Allalasandra Lake.
Around 4.1 acres of the 44 acres of lake was encroached. During this demolition drive over six illegal houses and compounds were demolished and close to 1 acre of lake area was recovered.
Yelahanka United Environment Association (YUVA) had taken the lead by submitting complaint letters to Deputy Commissioner, BBMP and BMTF. BBMP and the Revenue Department had conducted a joint survey of the lake two months back and marked the lake area and BBMP had issued notice to over 50 unauthorised constructions around the lake.
Thasildar and BBMP has indicated that the balance encroachments would be removed within the next one month as notices have already been served to the encroachers around the lake. 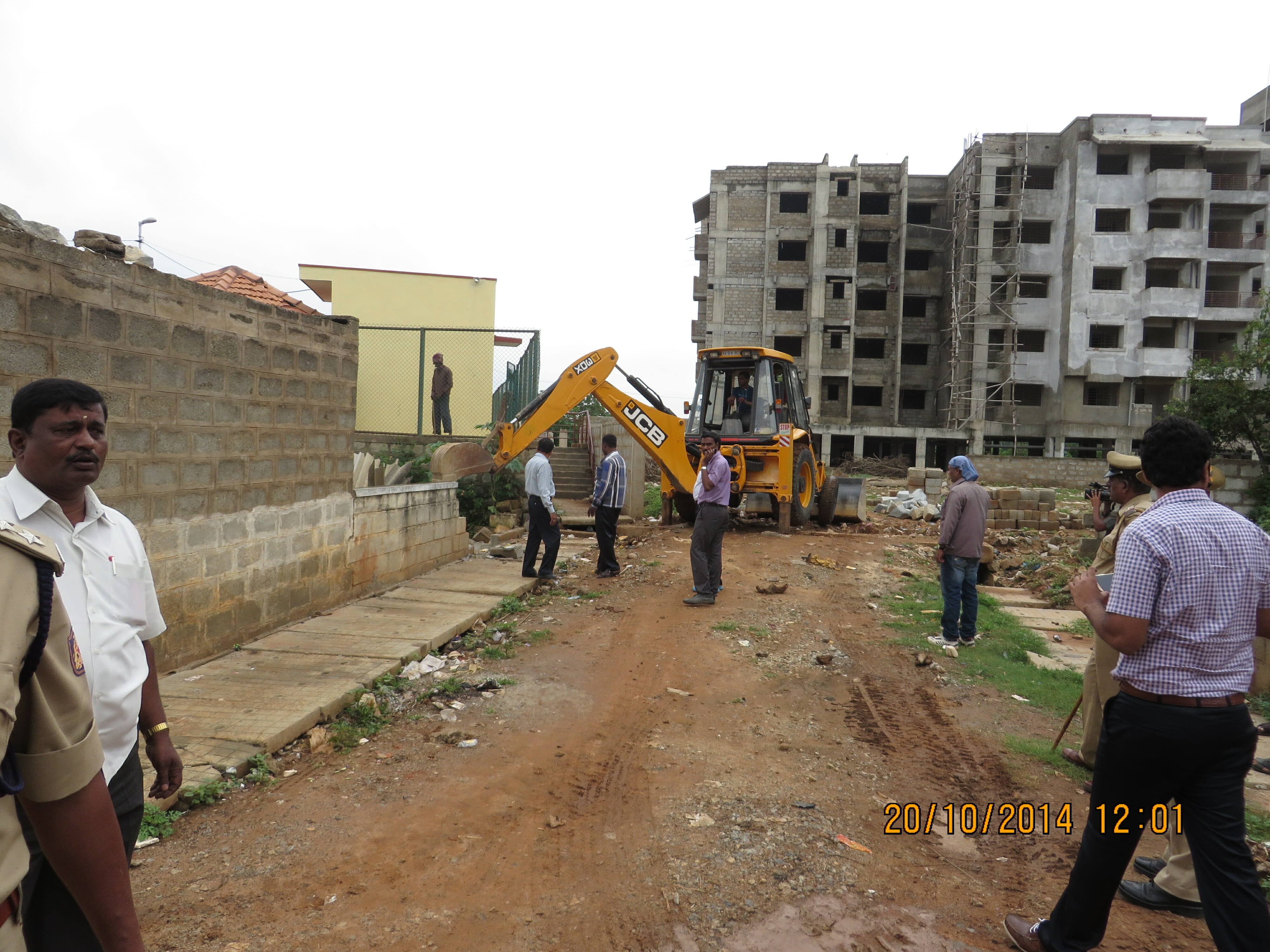