Restoration work at the Munnekolala Lake in the AECS Layout near Marathahalli began about three months ago, but not before several months of pursuing the BBMP, the custodian of the lake, to save it.

The AECS Layout actually has a set of three lakes, known to residents as the “Chinnappanahalli lakes”. The Munnekolala Lake, at 15.38 acres is the largest of them. The smaller 11.33 acre Chinnappanahalli Lake (located behind CMRIT College) was already restored by the BBMP in around 2010 and is currently being looked after by the Chinnappanahalli Lake Development Trust. The third lake, according to area residents is “eaten up”. People have built houses on the erstwhile lake bed and though it is government property, nothing has been done to recover the encroached lake. 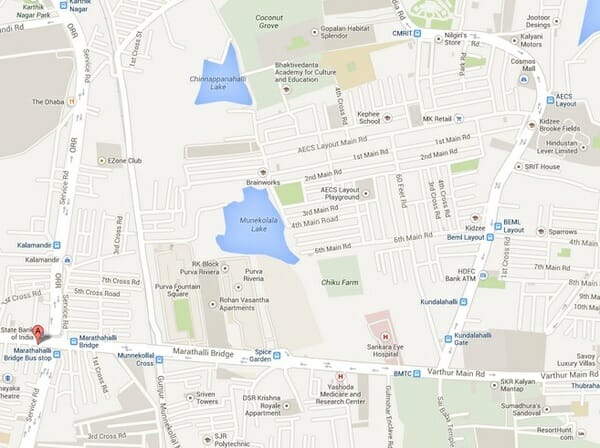 The sincere and large team of the Munnekolala Lake Restoration Association (MLRA), has been working closely with the BBMP to bring the Munnekolala Lake back to life. Mr Jai Prakash Singh (referred to as JP), Chairman of MLRA, said that this lake is also encroached but with a view to stopping any more lake area getting lost to litigation, they pushed for getting the boundary fencing completed for what remained of the lake. 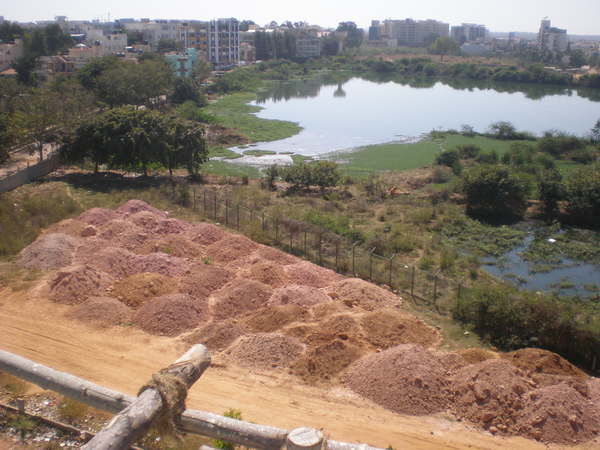 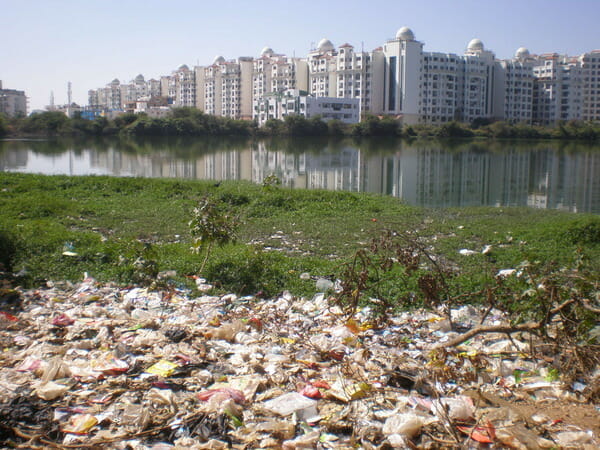 The next step in the restoration effort was to divert the sewerage line that was feeding the lake. Yes, one of the most sinful things from the early days of the development of AECS Layout was the “official” dumping of sewage of the whole area into the lake. This was a major hurdle to overcome but working with the BWSSB and local political representatives, now the sewage has been diverted to the main sewage line flowing away from the lake. Then the lake was drained completely and excavated.

Currently, bundhs have been made and bundh fortification work with stones is in progress. The speed of work has been good and MLRA is hopeful that it won’t be long before the cranes and other birds come back to this home that was once theirs. “There were thousands of fish eating birds seen perching around this lake. The inhabitation and dangerously contaminated water drove them and we want those lovely companions in our lives back here – they looked so good”, says JP. 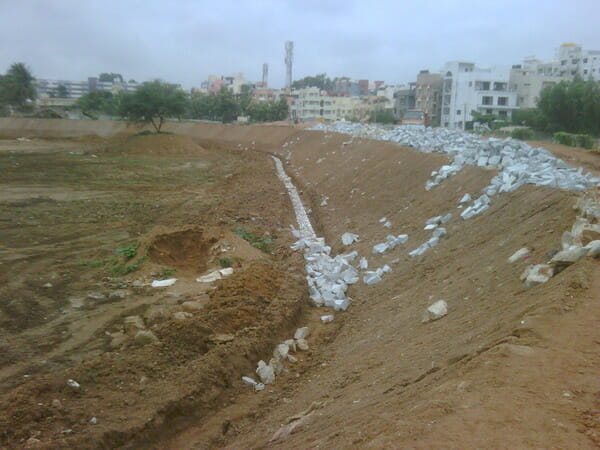 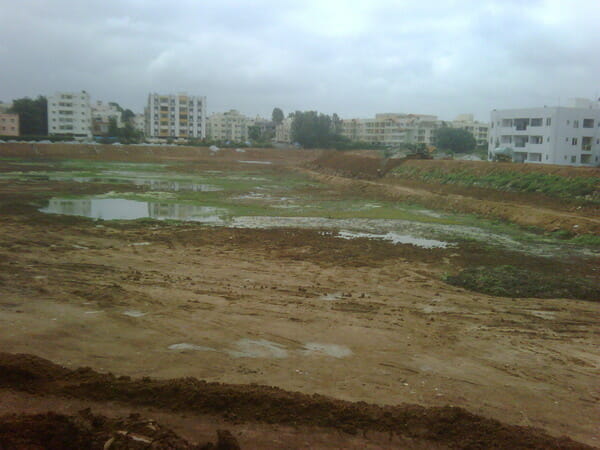 JP is full of appreciation for the BBMP officers BV Satish (Chief Engineer, BBMP Lakes) and Brijesh Kumar (Chief Conservator of Forests, BBMP). He says, “Their commitment, sensitivity and openness (towards listening to and accepting the suggestions and involvement of the members of the society) has been exemplary and we are really grateful that people of that vision and view are currently in the chair.”

There are plans for an island in the middle of the lake with appropriate trees (like at Ranganathittu) to allow bird nesting. While planting trees, every effort will be made to procure and plant the right trees. They will also try to implement the learnings from the restorations at other lakes. As JP says, “The lake work will be done only once and perhaps never again. We (MLRA), along with the active support of BBMP, are doing our best bits to ensure counting one more good lake in our beloved city.”