Cycle Days that are periodically organised in different parts of Bangalore are so much fun! Cycle Day is an open streets event conducted by Bengaluru Coalition of Open Streets (BCOS) with support from local partners and organizations like Bangalore Police (Traffic and Law&Order), BBMP and others. 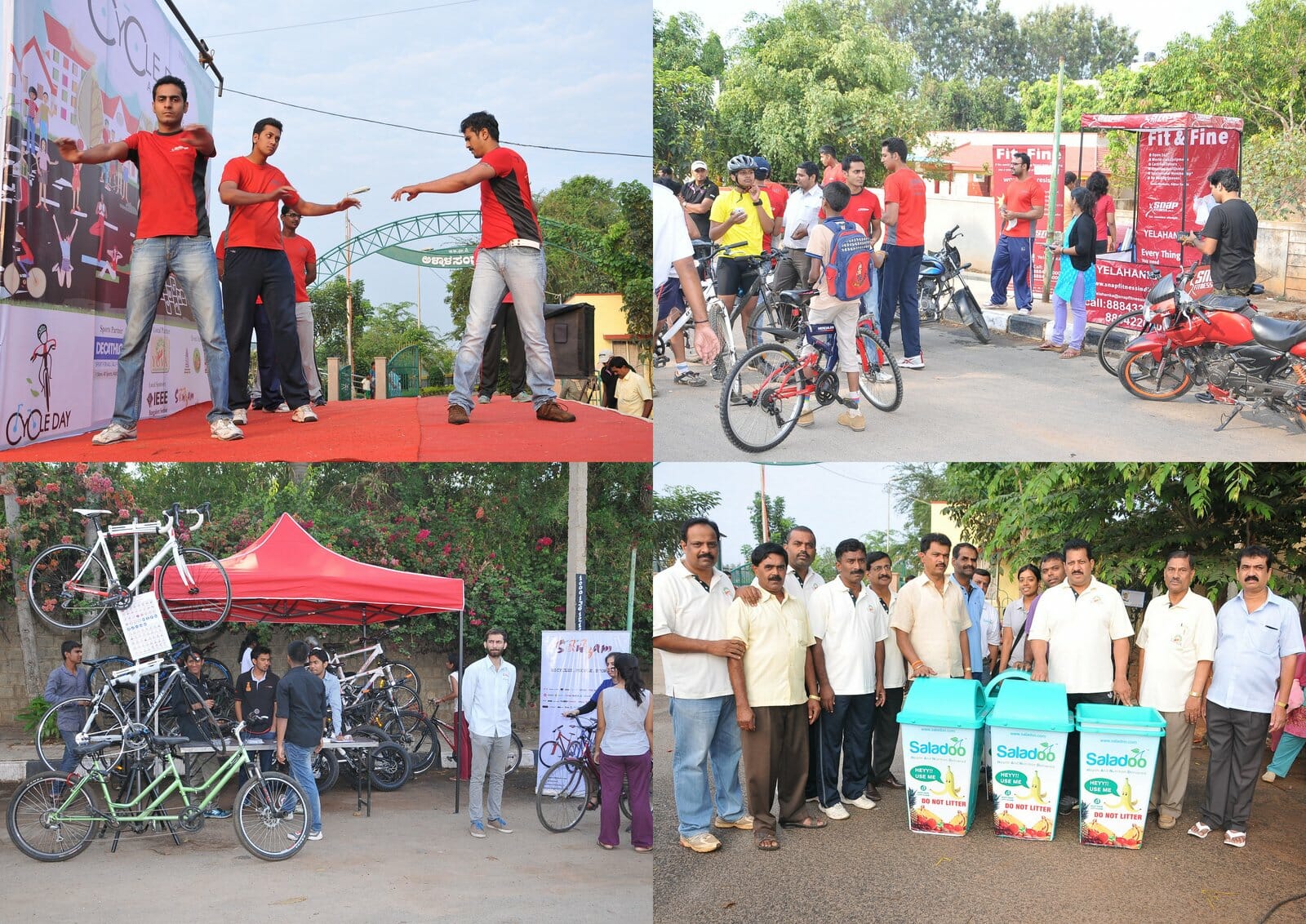 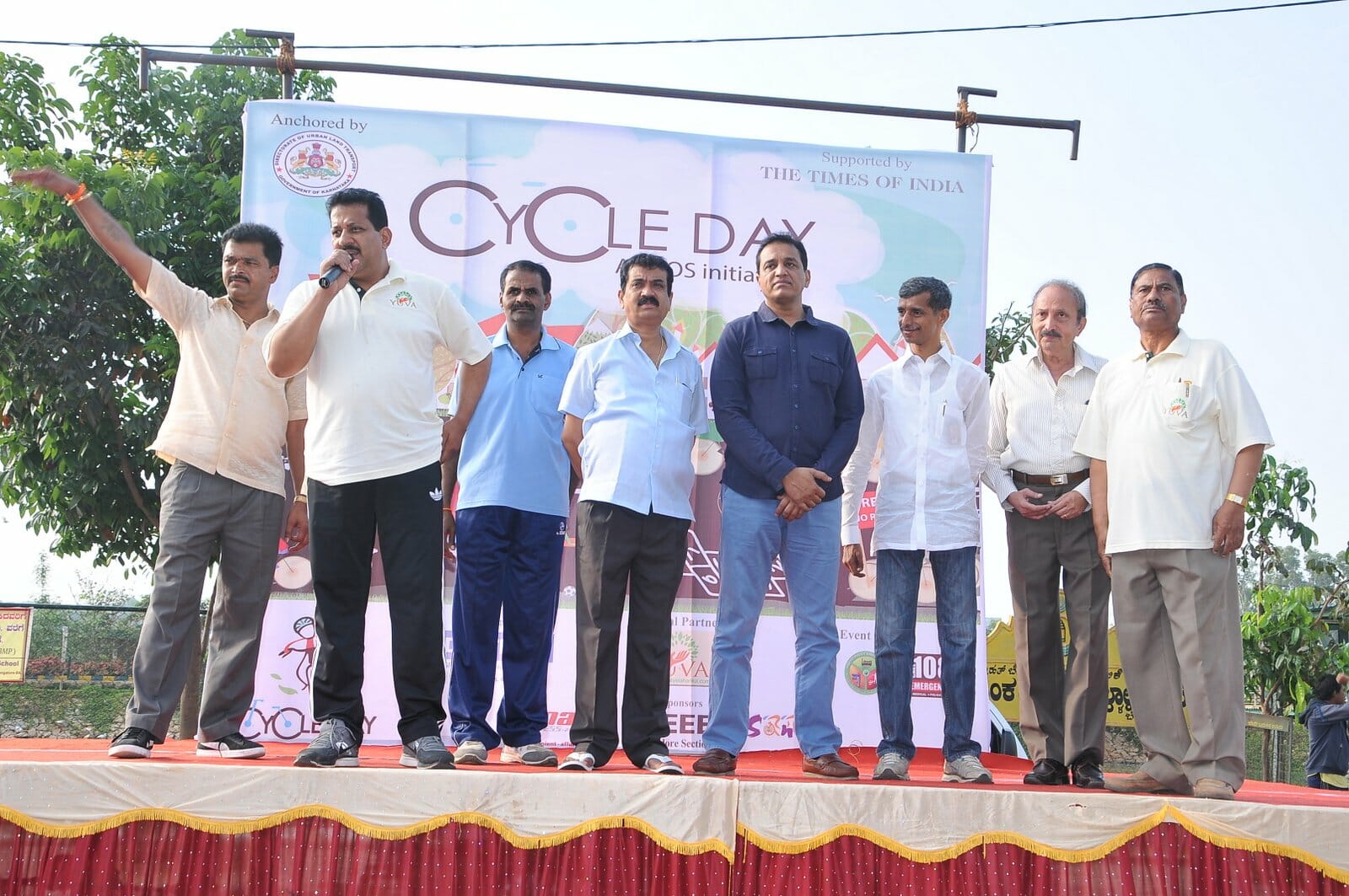 The MLA Mr Vishwanath complimented YUVA for organizing cycling awareness programs in Yelahanka and stressed upon importance of conserving lakes in Bangalore. He also spoke about the efforts of DULT and YUVA in arranging for cycle stands and bus shelters in Yelahanka area, apart from cycle tracks. He shared the plans of a boating facility, swimming pool, open air gym and fountain jets in Allalasandra Lake area, that are being followed with various government departments by YUVA . 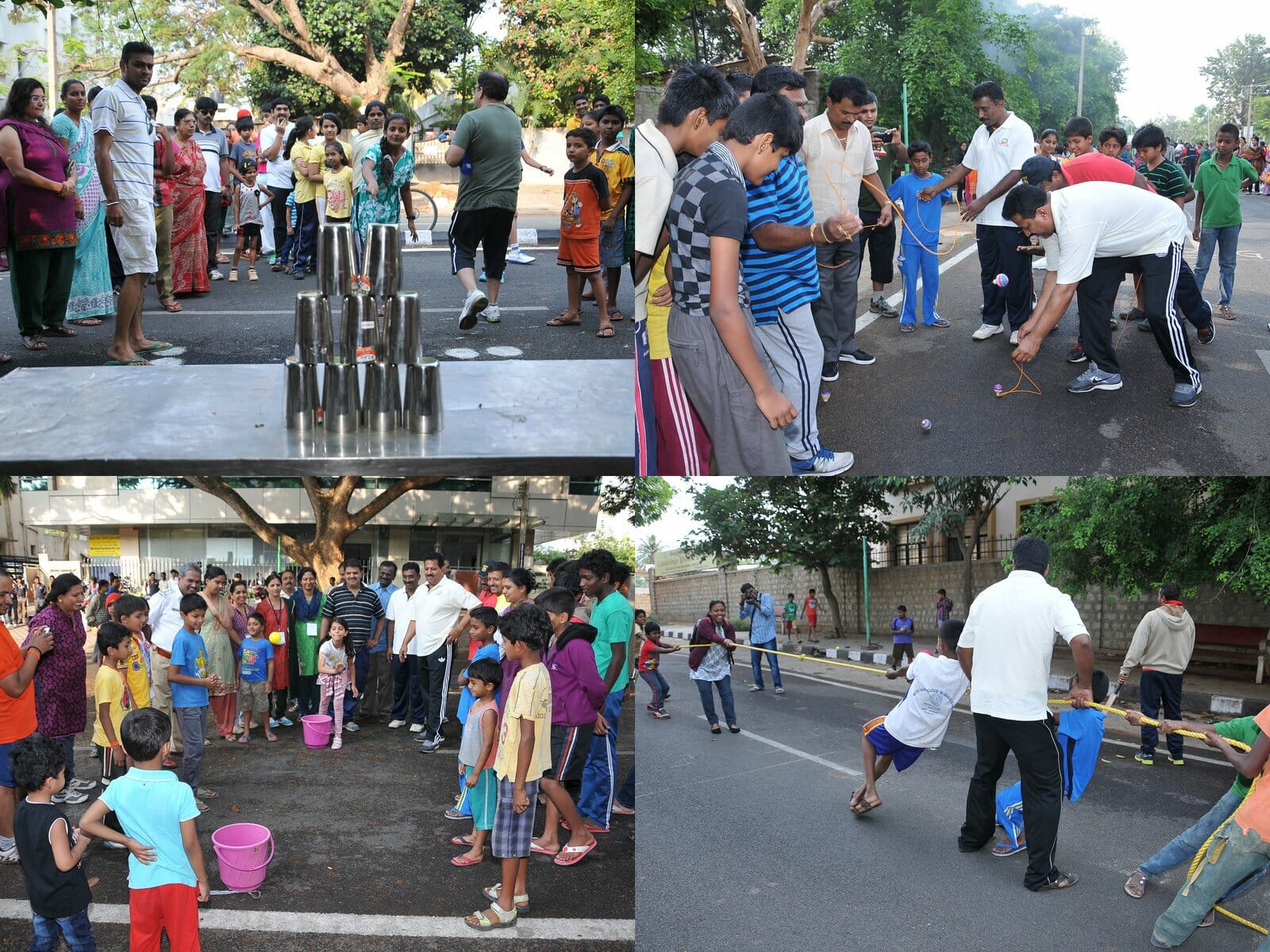 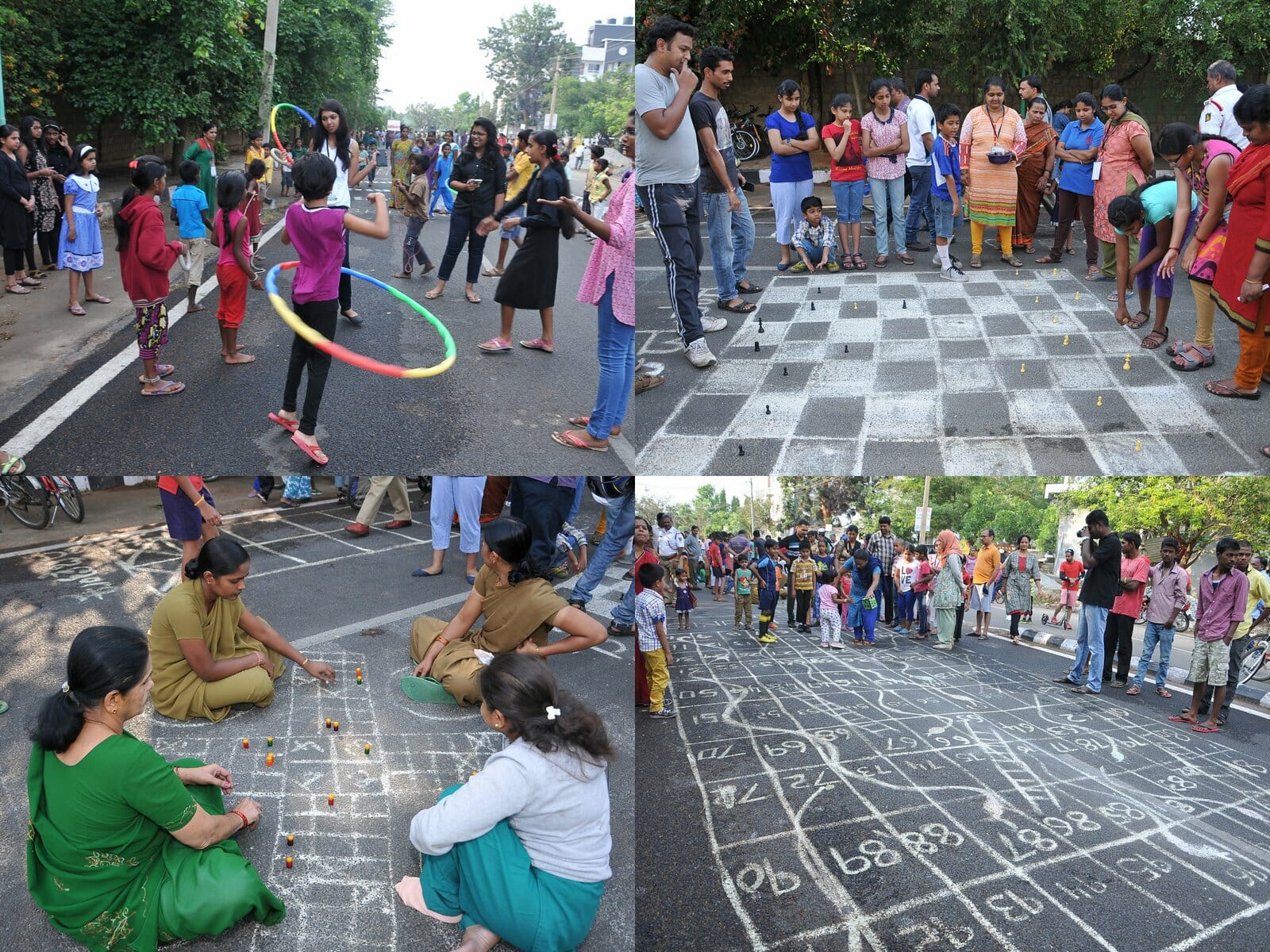 Traditional games were organised on the closed 100 ft road by YUVA women’s wing. 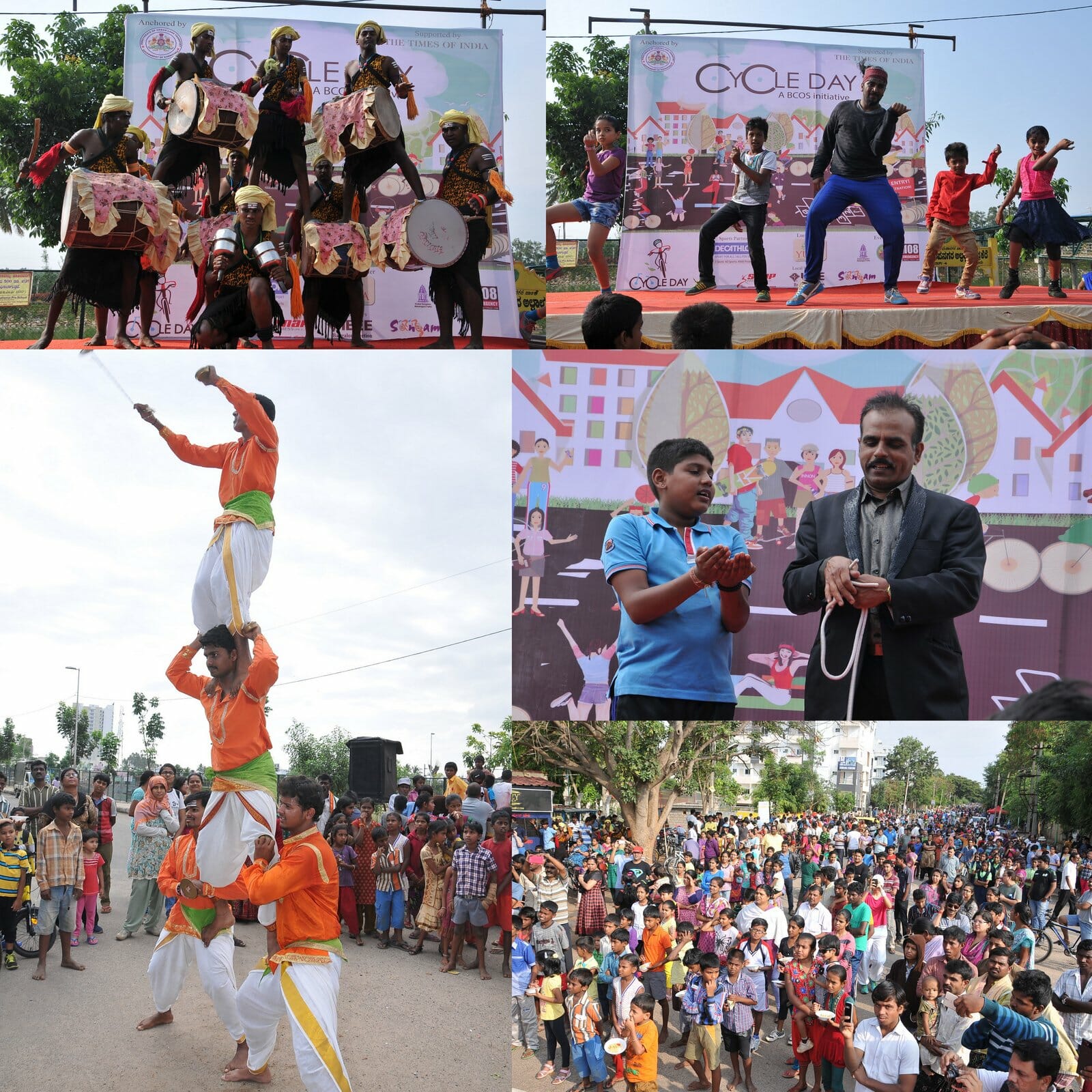 The huge crowd enjoyed a light breakfast and organic milk as the Dollu Kunitha / Kamsale troupes entertained. People from the crowd joined in an exercise session and street magic show.

This edition of Cycle Day was held with the support/partnership/sponsorship of the following:

If you would like to be associated with Yelahanka Cycle Day, YUVA or Allalasandra Lake, please contact Mr Jagadeesh Giri, Joint Secretary, YUVA (Cell 9845171449).