The Allalasandra Lake in Yelahanka is in its full glory after its revival over the last 11 months.
On 5th November, the lake was formally inaugurated by Mr Ramalinga Reddy, the Bangalore District incharge Minister & Transport Minister, along with Ms Shantakumari, Mayor of Bangalore City and Yelahanka MLA, Mr SR Vishwanath. Corporators of Yelahanka constituency, BBMP Additional Commissioner Mr Virupaksha Mysore along with BBMP, BWSSB and Police department officials, graced the occasion. Dr Tayappa, President-YUVA and Mr CN Chandru, Vice-President-YUVA welcomed the guests and proposed the vote of thanks respectively. 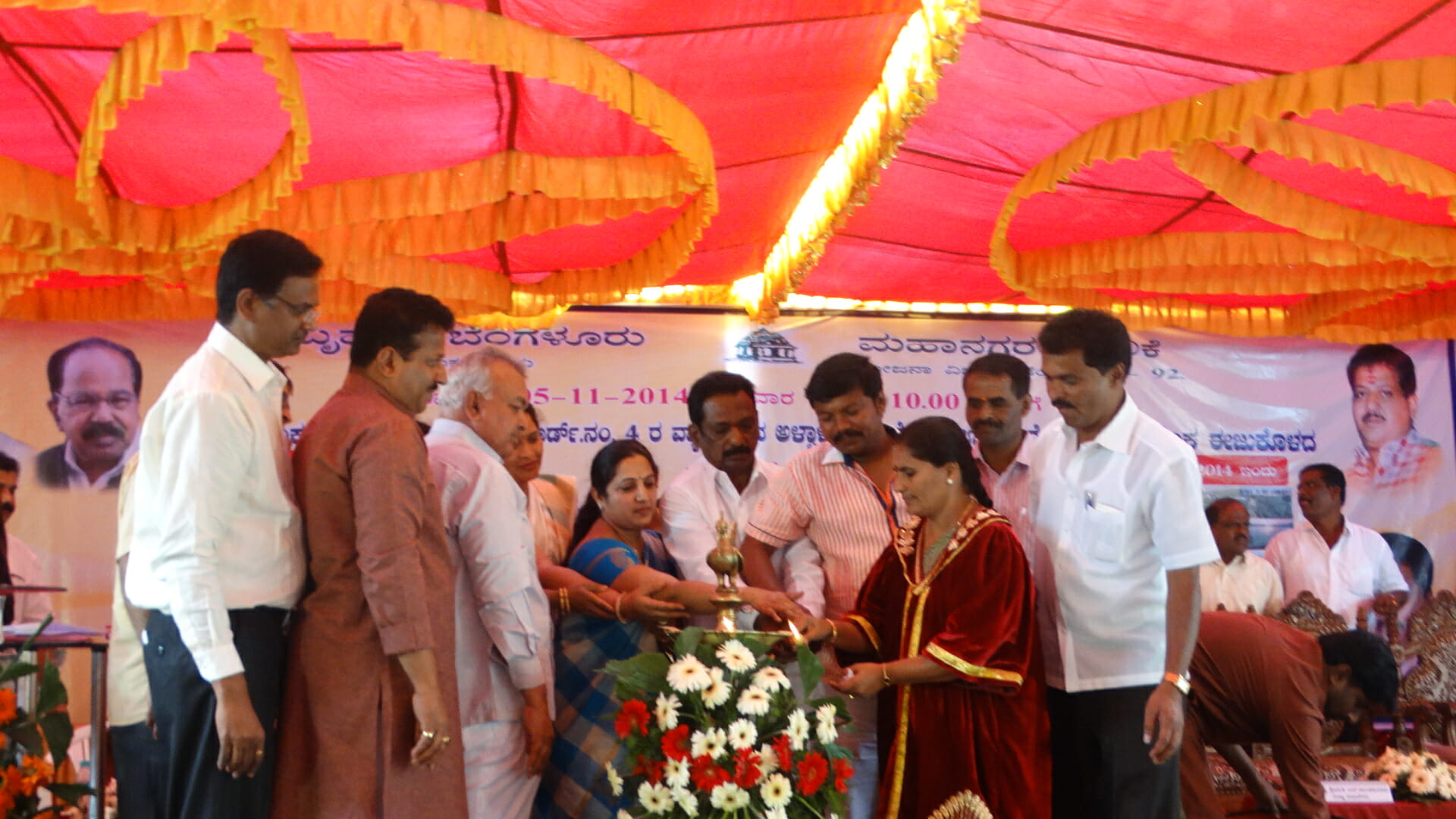 Lighting the lamp
The various dignataries who went around the lake applauded the combined efforts of Yelahanka United Environment Association (YUVA) and the governmental bodies in reviving this lake and said it was a fine example of local citizens taking initiatives to improve and protect the environment. Yelahanka MLA also highlighted the ground water table increase in the locality due to the lake revival, indicated by the recharge of previously dry borewells. Around 30 ducks donated by Dr Deve Gowda were released into the Allasandra Lake adding to the large number of birds that already reside at the lake. 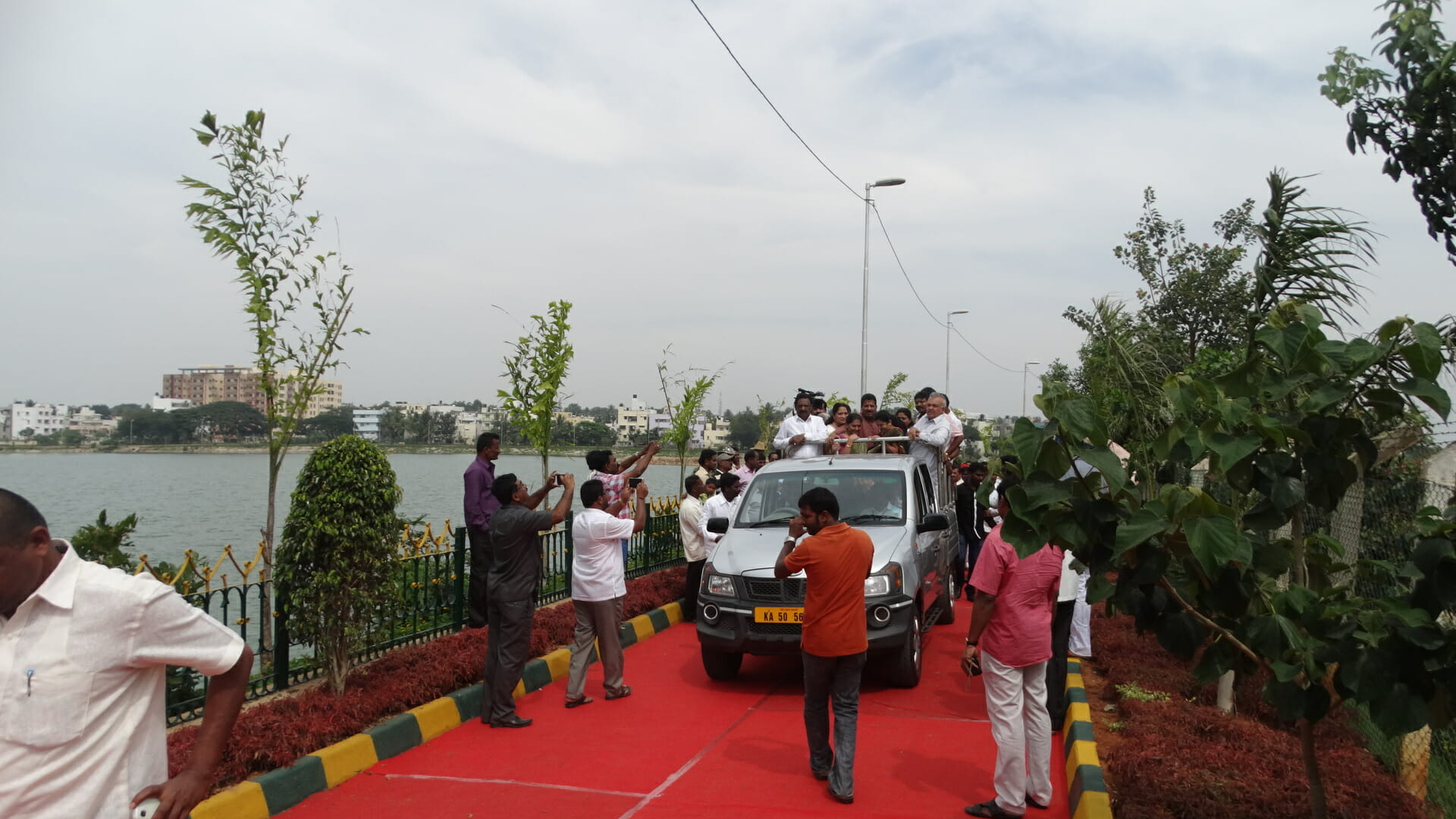 Dignitaries going around the lake 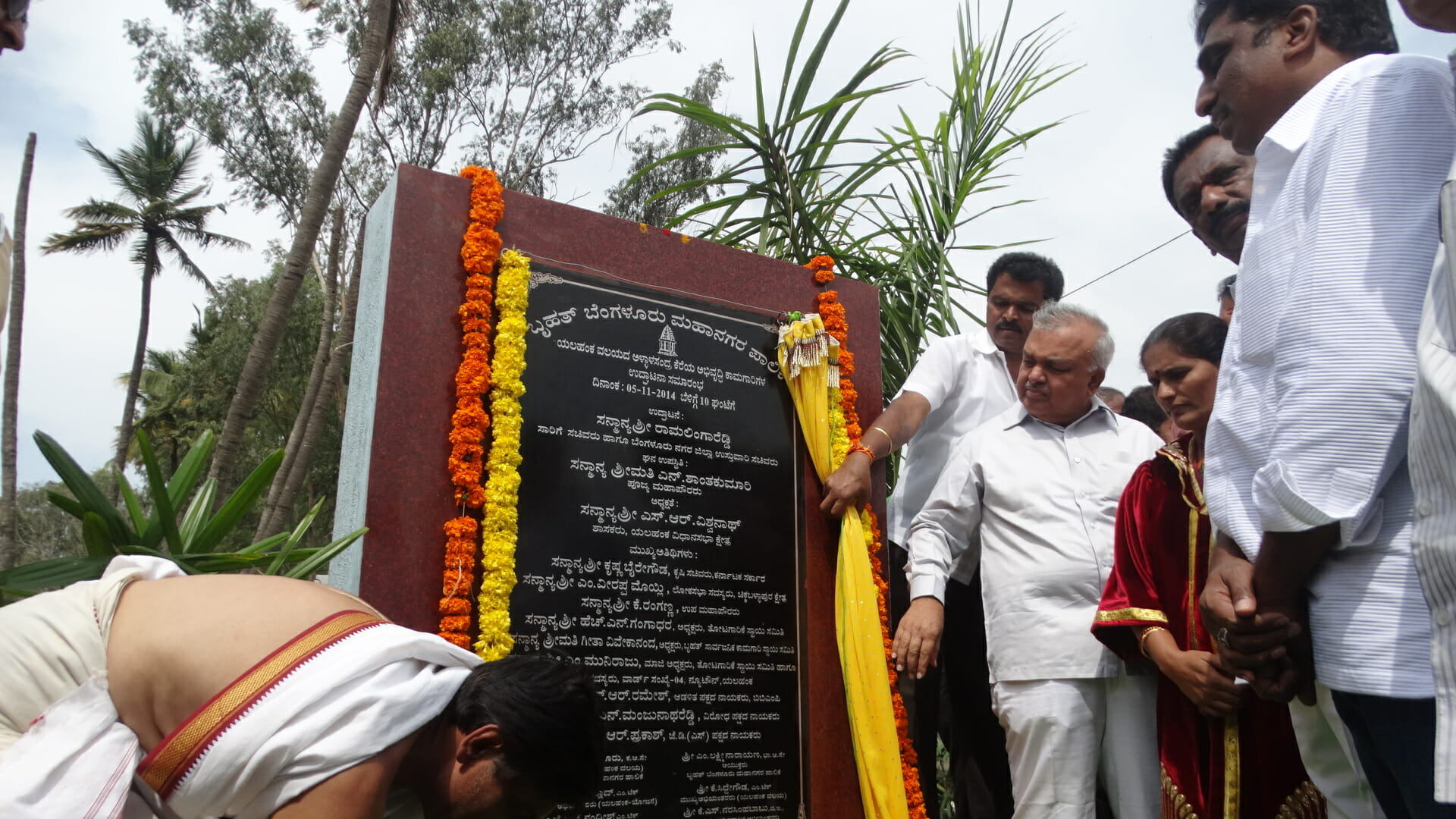 The foundation stone of the proposed swimming pool
Pics: Jagadeesh Giri, Jt Secretary, YUVA
About Arathi Manay Yajaman 215 Articles
Arathi is a market researcher who loves to run and write. She has been actively involved in issues that affect citizens, including apartment management, waste management and lakes. She used to live in Mumbai and is now based in Bengaluru, working as a Community Anchor with Citizen Matters.
Website Facebook Instagram Twitter YouTube LinkedIn