Since January this year, the Namma Bengaluru Foundation has been regularly collaborating with local lake groups to organise Kere Habbas (lake festivals) across the city. The earlier four habbas were held at Kaikondrahalli, Puttenahalli JP Nagar, Madiwala and Chellakere.

The Allalasandra Kere Habba is being held in collaboration with Yelahanka United Environment Association (YUVA). 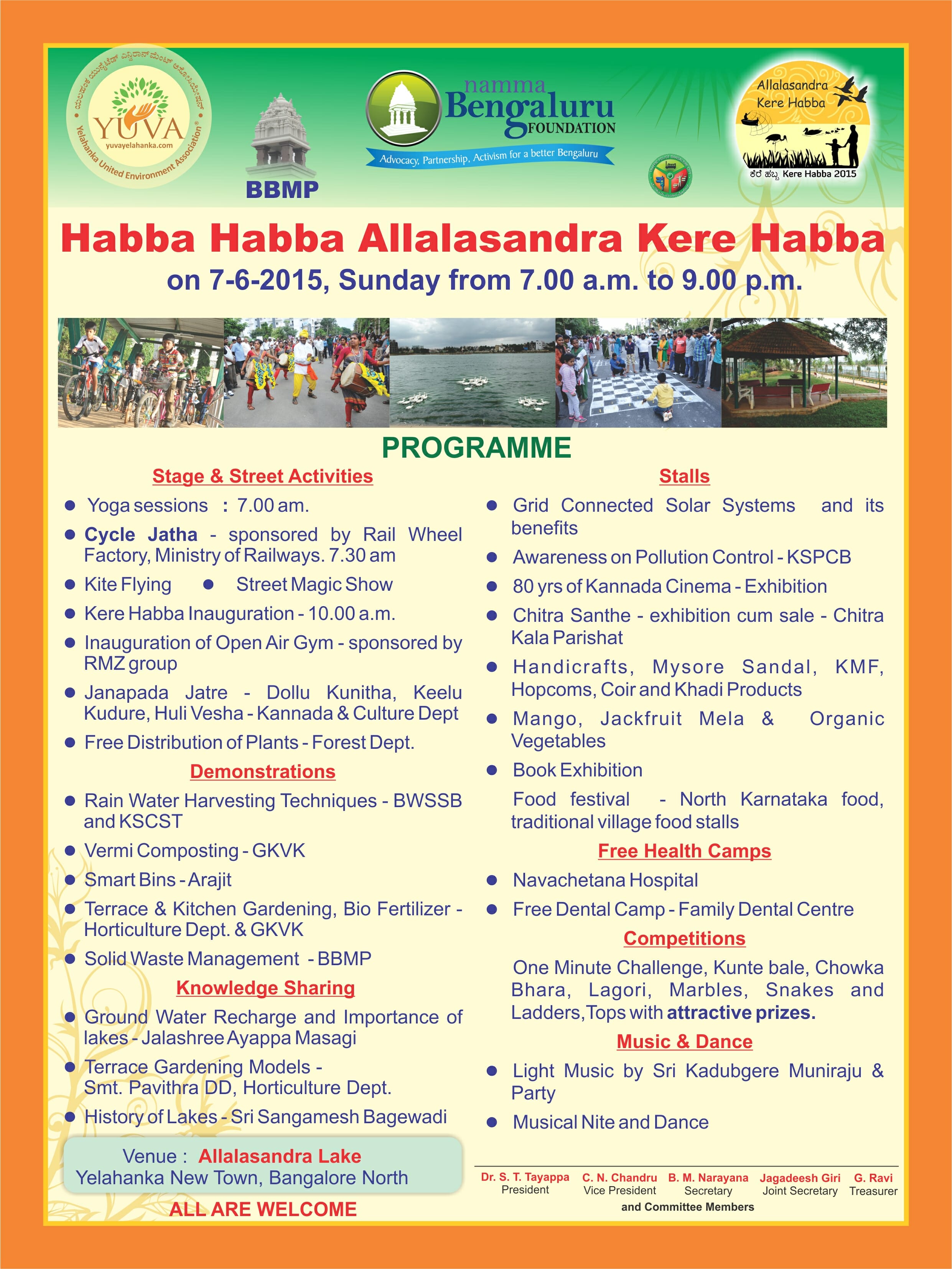 About YUVA: YUVA has been in the forefront of the rejuvenation of the 44-acre Allalasandra Lake, with support from the Upa Lokayukta, local MLA, Corporator, BBMP, BWSSB, police officials and citizens. It has also been conducting various activities in the neighbourhood to spread awareness about environmental issues such as preserving lakes and parks, water conservation, garbage segregation at source, wet waste management, kitchen gardening, reducing pollution, increasing non-motorized traffic (Cycle Day), increasing public transport (Bus Day). YUVA was on of the finalist nominees for the prestigious Namma Bengaluru Award 2014, for its contribution to Bangalore city.