The event received an overwhelming response from the neighbourhood, with about 175 people sacrificing their Independence Day holiday morning and turning up at the lake. Notable by their presence were large groups of students from the Yelahanka Seshadripuram College and jawans from the CRPF.

The Honorable MLA of the Yelahanka Constituency, Sri S.R. Vishwanath and the Range Forest Officer of the Forest Department, Sri Appurao also made it a point to visit the lake to meet everyone. Dr S. Subramanya, noted ornithologist, spoke to the gathering. 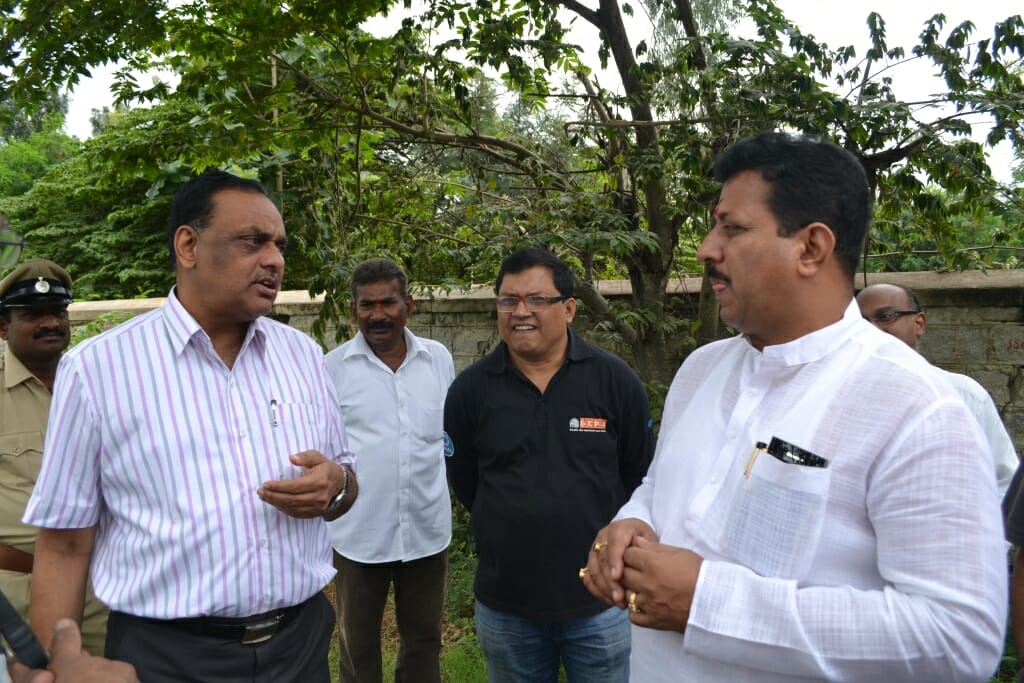 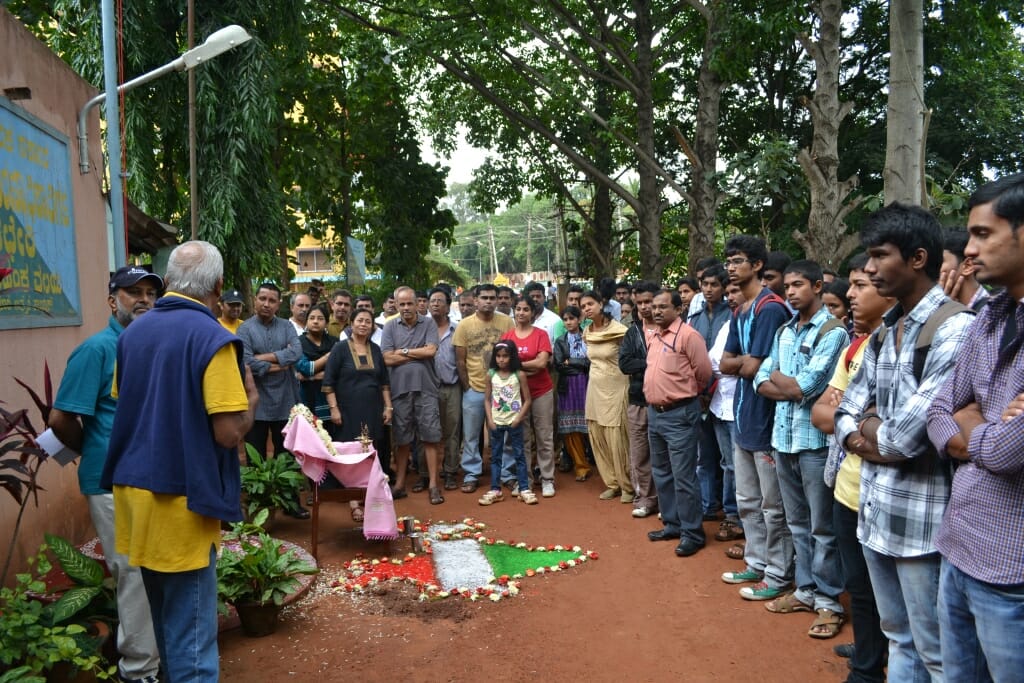 The plastics and other rubbish collected from near the lake bed and the lake bund filled up twenty large sacks. The BBMP authorities were very supportive. They cleared the garbage near the adjacent Forest Department in the morning itself, and later came forward to collect the garbage at the end of the drive.

Debris before the cleaning activity 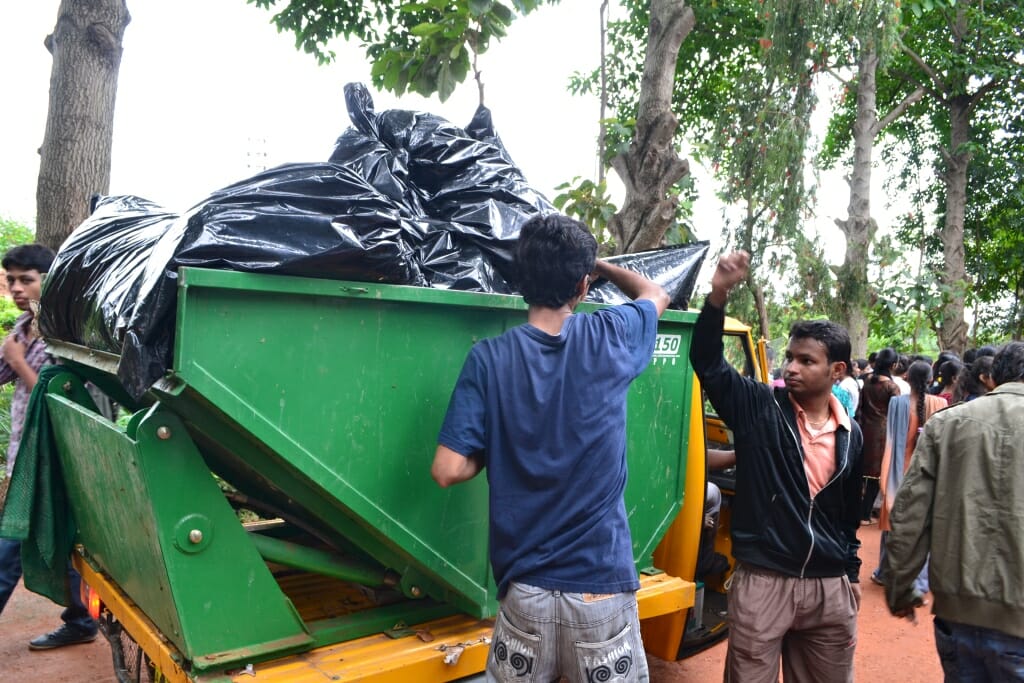 The residents and members of the trust put forward their pleas to the authorities to expedite the rejuvenation of the lake and take the necessary steps to stop further pollution. The Yelahanka Puttenahalli Lake (not to be confused with the nearby Yelahanka Lake and the South Bangalore Puttenahalli Lake) is said to be one of the large bird reserves in South India, providing a habitat to around 120 species of birds. Over the last few years, inflow of sewage from neighbouring buildings, dumping of debris and general neglect has brought about considerable degradation in the lake ecosystem. YPLBCT, formed in April by a group of enthusiastic citizens, is looking to reverse this and lend all the support that the Forest Department (that has custody of the lake) needs to rejuvenate the lake and sustain it. 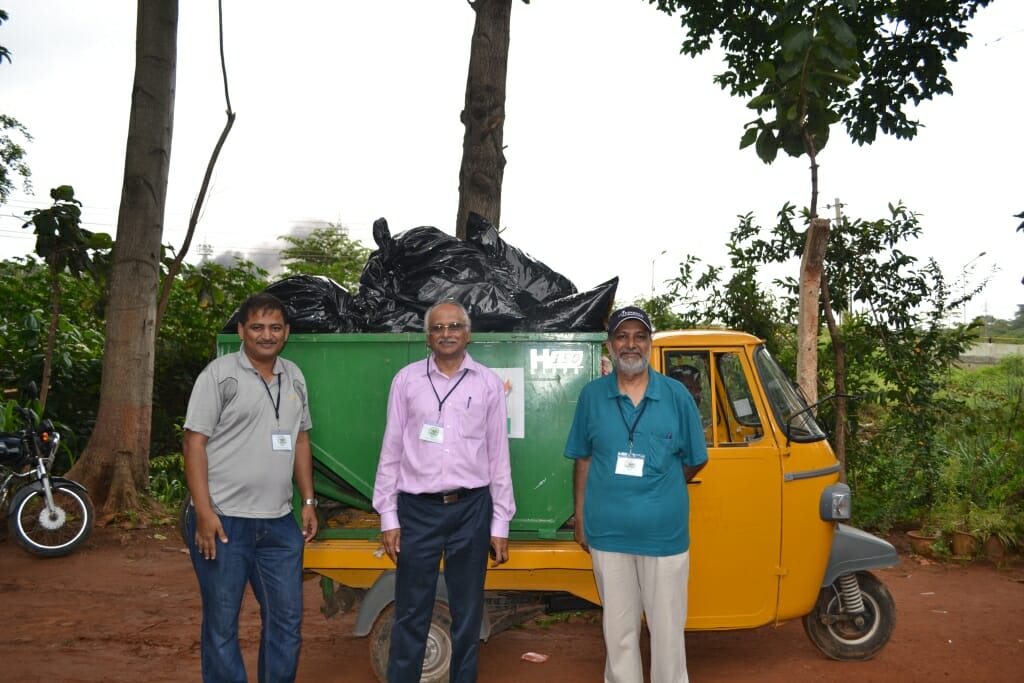 Members of the trust say that they are hopeful that with the active interest of the Forest Department officials and the support of the Honorable MLA, Sri S.R. Viswanath, the birds will come to Puttenahalli Lake in large numbers again, and it will become a bird sanctuary soon.

Inputs to the article and photos were provided by Sri N.C. Krishna Datta, YPLBCT Trustee