What does it mean to be “educated”? Does education necessarily mean a more heightened awareness about one’s role in society?

These are some questions that I was forced to ask myself after I met with John, the manager of the Dry Waste Collection Center (DWCC) near the Jayadeva Flyover. Let me tell you more about John. John comes from a family of scrap dealers. While thoughts of garbage generally trigger images of filth and refuse for most of us, the same object is a source of income for him. 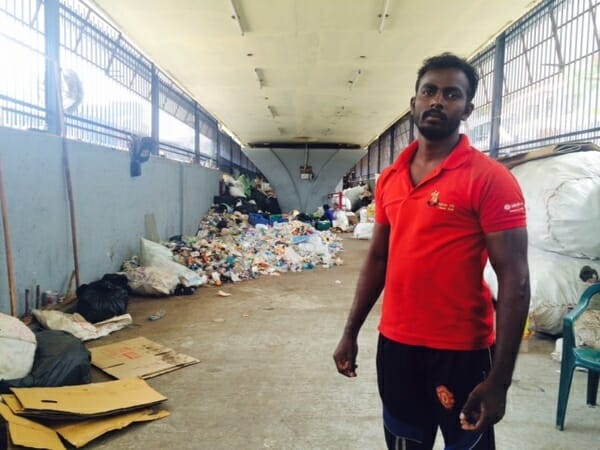 His grandfather forayed into scrap dealing in 1960, when Bangalore was still relatively small. His grandfather used to go around the city on foot and handpick valuable trash. His father improved on this and bought himself an auto to collect waste. Now, he has enhanced his situation further by becoming the manager of a DWCC. He has a certificate to say that he has been trained to manage a DWCC, and he only recently passed the SSLC 10th standard exam. He calls himself ‘uneducated’.

John doesn’t consider himself a businessman, and isn’t in the scrap business for money. He himself admitted that since the DWCC doesn’t receive enough quantities of high value waste, he doesn’t cover the monthly expenses of running it. Curiously, this doesn’t seem to bother him a lot. Instead, John calls himself a social worker and thinks of his work as a service to society.

John was firmly convinced that if every citizen in Bangalore segregated their waste, garbage disposal wouldn’t be the problem that it is. “Today, we send our waste to landfills, dump everything into a hole and cover it up. We don’t deal with it the way we should. Maybe we can continue doing this in my lifetime. But what about my children and grandchildren? They won’t have any more places to dump their waste, and they have to bear the brunt of our actions,” he said. A few bulk waste generators give their waste to John, and this waste is not segregated. When he tells them that segregation is very important if waste is to be recycled, they don’t listen to him, because, as John puts it, “in their eyes, I’m only just an uneducated waste dealer.” 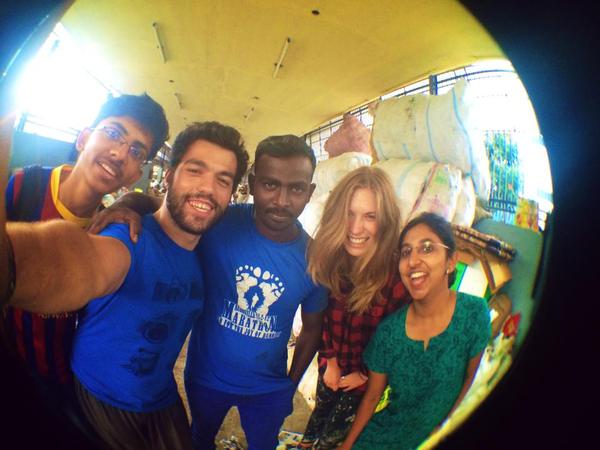 John believes that DWCCs are a great way to make citizens more aware of the waste they generate. The landfill is like a black box—unsegregated waste is dumped there, and everyone, except the people who live near the landfill, are conveniently unaware of the repercussions of this unsustainable practice. If DWCCs are present in every ward, the citizens who live in that ward will be forced to come to terms with waste disposal, and the need to take some proactive action (segregation, perhaps?) to ensure its sustainability.

After this discussion with John, we started walking on the footpath to catch an auto. A man in a business suit nonchalantly chucked his used juice carton onto the footpath.