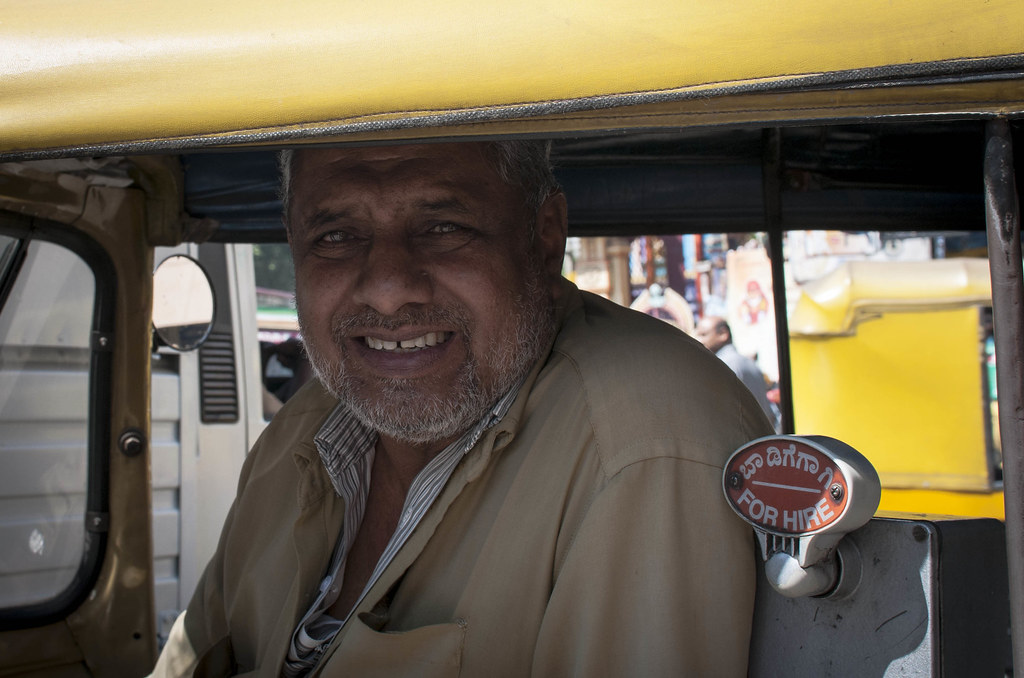 In quite a few of my previous blogs (I don’t remember if those blogs were here or at Funny Side Up), I’ve referred to conversations with auto and cab drivers. Generally, these have been in the context of something entirely unrelated, and I’ve only mentioned them to illustrate a point. Of late, though, I’ve come to realize that having conversations with the chap conveying me from point A to point B (or, should the need arise, points C and D as well) is quite a lot of fun.

I’ve been talking to drivers for quite a while. Our old driver was more of a friend to me than a driver for Dad. He’d help me out with anything I was doing that he thought he could help with and he’d ask me to help him out on anything he thought I could help with. That, I suspect, along with my ability to speak Kannada, is where my habit of speaking to auto drivers comes from.

I’ve spoken to auto drivers about everything from the property market to the pros and cons of our education system. Auto drivers are actually fantastic conversationalists most of the time – they just don’t generally draw upon their skill in the presence of customers. The moment you initiate a conversation, though, nearly any auto driver will become fantastically loquacious (lexical thickets?).

Auto drivers tend to impart little gems of wisdom that you’re quite unlikely to hear from anyone else. For instance, a couple of weeks ago, an auto driver was telling me that in the event that I should come into sufficient funds to do so, I should immediately purchase an Audi, a BMW and a Mercedes-Benz. The same auto driver then proceeded to tell me the problems of purchasing property in Mathikere, an area which seemed ready to explode in terms of prices but then failed to, instead of buying a few thousand square feet in Dollars Colony, an area which wasn’t worth a thing forty years ago. Dollars Colony properties now sell for sums which are, presumably, outrageously large (If I had that kind of money, I’d probably go and buy an Audi, a BMW and a Merc).

There’s also a lot of interesting opinions that you hear about society from auto drivers. An auto driver who was bringing me home once pointed out a family of Muslims to me and told me that Muslims have a huge amount of “vogattutana” which Hindus lack. “Vogattutana”, for all of you who don’t speak Kannada, means “unity”. I don’t think it matters whether that’s true or not. I think it just shows us a bit about the religious intolerance that some politicians have been so vehemently claiming doesn’t exist.

I tend to talk to the driver nearly every time I get into an auto. I generally open with something about the traffic issues in the New BEL road region, because nothing starts conversations off quite like a mention of traffic.