1. The Defence Colony Cooperative Housing Society Ltd (DCCHSL) was formed by serving and retired Defence Officers. In July 1964, the City Improvement Trust Board (CITB), acquired and transferred by a sale deed, the entire area now forming Defence Colony, to the society. This sale deed showed the boundaries of Defence Colony, both by description and in a site map, but did not mention the specific survey numbers of the land that had been acquired by the CITB before handing over to the society.

2. Defence Colony Residents Association (DECORA), is the Residents Welfare Association (RWA) representing the interests of all residents of Defence Colony. DECORA was established in 1993 and has been actively involved in all aspects of protection and development of the entire colony, including the parks and open spaces, in the interest of all residents of the colony.

3. In 1979, the society noticed one Kalappa putting up a structure in a part of the park No 3. He claimed he was the owner of 1 acre 2.5 Guntas within the said area, which was sold by the CITB to the DCCHSL. After a prolonged enquiry, the Government in 2001 informed all parties that the land in dispute had been deleted from the acquisition.

4. Fifteen years after the land was handed over to the society, the BDA identified the piece of land purporting to be the property of Kalappa and inserted new survey numbers between existing survey numbers. By acts of omission and commission on the part of the BDA and other agencies, the Government has placed itself in an adversarial position against the society and the issue is now sub-judice. Statas quo is to be maintained as per court orders. 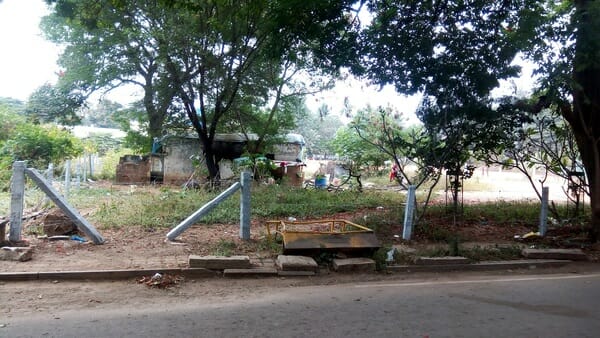 5. During March 2016, under the guise of routine inspection of DCCHSL, the staff of the Joint Registrar of Cooperative Societies, took away all the records, files, account books etc. without even giving an acknowledgement. They then raised a set of frivolous charges against the society and its board of directors. The society responded to each of the charges providing detailed clarifications, but the JRCS did not even conduct a basic hearing to appraise himself of the views of the society members.

6. In June 2016, a copy of an inter departmental letter was handed over to the secretary of DCCHSL, by one Mr. Venkatesh who is the Deputy Registrar of Cooperative Societies – this letter indicated that Mr. Venkatesh had been appointed as the Special Officer of DCCHSL by the Joint Registrar of Cooperative Societies (JRCS), one Mr. Pandurang Garag. No letter of disqualification has been served to the legally elected board members of the society, regarding their suspension. Subsequently, the bank account and the office of the society was sealed by the Special Officer.

7. The members of the DCCHSL approached the Hon’ble High Court of Karnataka, challenging this illegal action of the JRCS, expressing their fear that the JRCS and DRCS were colluding with the land mafia to help them grab public land. The court issued an interim stay restricting the Deputy Registrar (Special Officer), from interfering in any matter related to the property of the society

8. To the utter dismay of residents, in November 2016, encroachment by way of fencing off, of a portion of the playground (Park 3) was noticed on the side facing 4th Main road.

The matter was immediately reported by the members of the DCCHSL and DECORA to all concerned authorities including the Police, BBMP, BMTF, Jt. Registrar, Special Officer etc. The earlier suspicions of the cunning plan of the JRCS/DRCS, now appear to be coming true.

9. The DCCHSL consists of senior, decorated retired officers, with long meritorious service records, who are continuously being harassed and humiliated by frequent frivolous and false allegations by the DRCS and JRCS, representing the Cooperation department of the Government of Karnataka, for trying to protect public property being grabbed by land sharks.

10.The nexus between the Real Estate lobby (Land Mafia) and the Government agencies and others, which was strongly suspected earlier, is now clearly visible.

11.An independent unbiased inquiry should be initiated by the GoK against the JRCS and DRCS for their collusion with land grabbers and real estate mafia to help them illegally grab public property. If found guilty, stern action including suspension / termination from service needs to be taken against them by the GoK, setting an example, so other officers do not follow the wrong path.

12.Immediate action should be taken to remove the encroachers from the public park site. The BDA needs to resolve this matter expeditiously with the claimants, hand over the complete park land to the BBMP, to be developed and maintained as a BBMP park for the use of the larger public.

About Akshai Mallappa 0 Articles
Akshai is a resident of Indiranagar, Bengaluru.