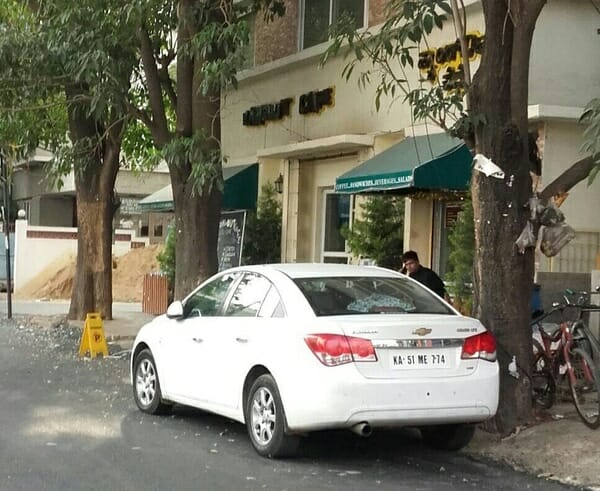 Residents of Bengaluru might have noticed in the media, that recently the BBMP has commenced issuing notices to many commercial/non-residential establishments in residential areas to shut shop. Whilst this may come across to many as a sudden and arbitrary act by the BBMP, for those conscientious citizens and Residents Welfare Associations (RWA’s) that have spent numerous hours over the years (mostly behind the scenes) seeking to improve the quality of life of the residents of the city, this is only a long overdue first step towards implementing regulations/orders that have stood violated repeatedly for over 5 years right under the noses of the authorities.

The Revised Master Plan – 2015 (RMP – 2015) for the Bengaluru Metropolitan Area was approved by the Government of Karnataka on 22/06/2007 and consists of a series of maps and documents setting out the vision and the framework for the development of the Bengaluru Metropolitan Area (Local Planning Area). As per the Karnataka Town and Country Planning Act, 1961 (KTCP Act), every land use and development within an area covered by the RMP-2015 should conform to the provisions of the RMP – 2015.

In brief, any person wanting to develop/use a plot of land within the local planning area /Bengaluru Metropolitan Area has to first ascertain which ring (as categorized in the RMP – 2015) the plot falls within, thereafter which zone within the said ring and then the person can develop/use their plot as per the land use categories permitted in that particular zone under the RMP 2015 after obtaining appropriate approvals.

1)    No commercial activities of whatsoever nature are allowed in any of the three Rings (of the Bengaluru Metropolitan Area) in Residential Main and Residential Mixed Zones if the road width is less than or equal to 40 feet.

2)    Ancillary usage (uses mentioned in the notification only) are permitted in residential main and residential mixed zones in Ring 1 and Ring 2 upto 20% or 50 sq mts whichever is lower provided the width of the road is above 40 ft.

3)    In Ring 3, ancillary uses (uses mentioned in the notification only) may be permitted as main use in residential main and residential mixed zones if the plot size is more than 1000 sq mts having frontage of 10 mts or more and if the width of the road is more than 60 ft.

Residential areas continued to witness a spurt of commercial and other non-residential activities without any restraints or checks by the officials of the BBMP. This resulted in a huge burden on the infrastructure of residential areas and thereby reducing the quality of life of the residents. The roads which were designed to cater to residents of the locality now faced a huge influx of vehicles, parking became an issue, there resulted in water shortages and drainage and waste collection issues, air and noise pollution increased and overall quality of life reduced. Certain portions of Malleshwaram, Jayanagar, Indiranagar, Koramangala etc. which were classified as residential zones under the RMP 2015 started resembling commercial zones. RWAs and members of civic society started petitioning their local representatives and the BBMP to ensure compliance with the law and closure of the illegal establishments. However, there was no action taken to stem the blatant violation of the law despite the law granting the authorities sufficient powers to do so (including institution of criminal proceedings against the violators). This emboldened the violators and spurred additional violations.

It was only recently, in the month of December 2016 (i.e. almost 5 years after the interim order of the High Court and almost 2 years after the notification of the amendments to the RMP – 2015 by the State Government) after repeated representations by the RWAs and civic society that the Commissioner of BBMP finally took note of the gravity of the situation and issued a paper advertisement to the illegal commercial establishments in residential areas to shut shop voluntarily failing which they will take steps to close them down. The health officers of the BBMP have now commenced follow up action by issuing individual notices to illegal establishments in residential areas. Whilst this action of the authorities is appreciated, if it is not taken to its logical end, and the violating establishments are not shut down at the earliest, it would be a mockery of the planning laws and would only bolster the violators to continue carrying on their actions. This would spur further violations thereby reducing the quality of life of the citizens even further.

It is about time that we appreciate and support the RWAs in their quest to make Bengaluru a better place to live in. We need to recognise that all that the RWAs and civic society are seeking is for the authorities to wake up from their slumber and enforce the law as it has stood since 2012 and that they are not seeking new laws or amendment of existing laws or any action beyond what the law already requires of the authorities. Unfortunately, their attempts are being scuttled by the apathetic authorities, some of our elected representatives and other self-serving elements of society. One such attempt is the talk of constitution of a panel to review commercial activities in residential areas. This action if followed through would in all probability only act to postpone the already long overdue action of implementation of the law and improving the quality of life of Bengaluru’s residents.

Sign this petition by Namma Bengaluru Foundation, if you believe in this cause.

About S R Tejas 1 Article
S R Tejas is a resident of Indiranagar.