On 31st March 2016, a 40-year-old African Tuilip tree in Indiranagar 1st stage, home to hundreds of parakteets and scores of nests nurturing young ones, was brutally felled by the BBMP. The reason: it was dried up and a possible threat to passers by. 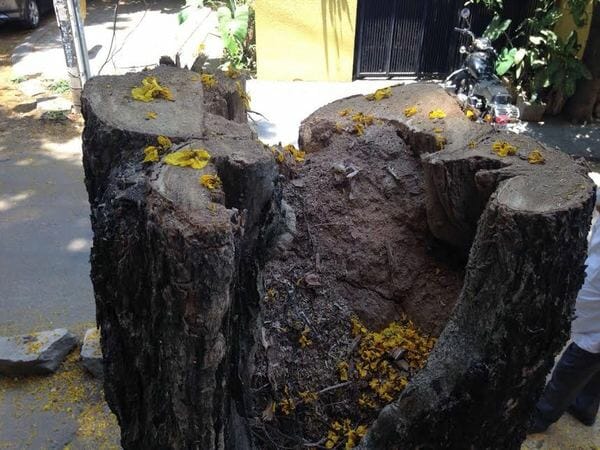 Only a stump of the tree remains now. Pic: Arzu Mistry 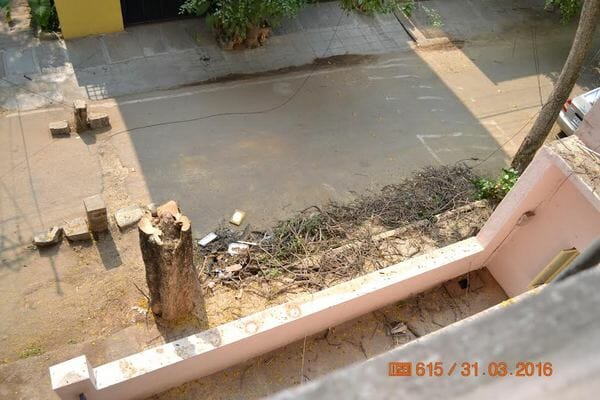 A view of the tree stump from a house it provided shade to. Pic: Arzu Mistry

This variety of tree sheds its leaves and looks barren in the summer months – but it’s not dead! And considering that Bengaluru is in the midst of one of its hottest summers, it is only natural for the tree to look dried up.

Even as residents attempted to stop this horrendous act, BBMP officials, allegedly acting on the orders of the local corporator’s right-hand man, proceeded to finish the job. There was no official from the Forest Department in sight, neither was there a letter granting permission to fell this tree.

A video shared by one of the residents shows them questioning the man who cut the tree. They ask him why he felled the entire tree, when simply lopping off the branches which were possibly posing a threat, would have been sufficient.

The residents opined that it was in order to inform the local police about the incident, but the police refused to accept their complaint and register an FIR. Residents allege that they are certain that there was some ‘influence’ used to ensure that no complaint was registered. 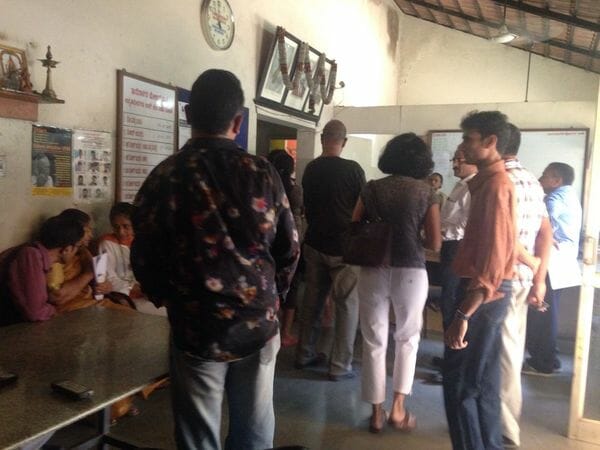 Residents gather at the police station to file the FIR. Pic: Arzu Mistry

Thereafter on Sunday morning, a large group of concerned citizens gathered at the police station and requested them to take cognisance of the offence. Finally an FIR was registered.

There was a backlash following this. Residents of the area were allegedly harassed by the corporator’s men for having given statements to the police.

As one resident puts it, “Are we now living in a lawless society, a Banana Republic, where might is right and the average citizen has no voice or rather should not use his/her voice?”

Residents of the BM Kaval RWA are now planning on conducting a tree survey, so as to keep a track of the trees in the area, and hopefully prevent such incidents in the future.

What to do when you see a tree being cut?
Whom should I complain to, when a tree is felled
Your guide to tree-planting in Bangalore this season