Bangalore is growing at an unprecedented rate,and its sprawling expansions outpaces the public utility’s ability to accommodate the skyrocketing demand for water and sanitation services. It is increasingly common for new residential communities to assume total management for their own water and sanitation services through the resident welfare associations. Most of these depend on borewells and tankers, which they sooner or later realise is not a sustainable option.

Groundwater recharge, one of the forms of rainwater harvesting, can be instrumental in achieving long-term water security. By taking water out of over-stressed storm drains and replenishing them into shallow aquifers, groundwater recharge wells effectively raise water tables and reduce the intensity of flooding in a layout. 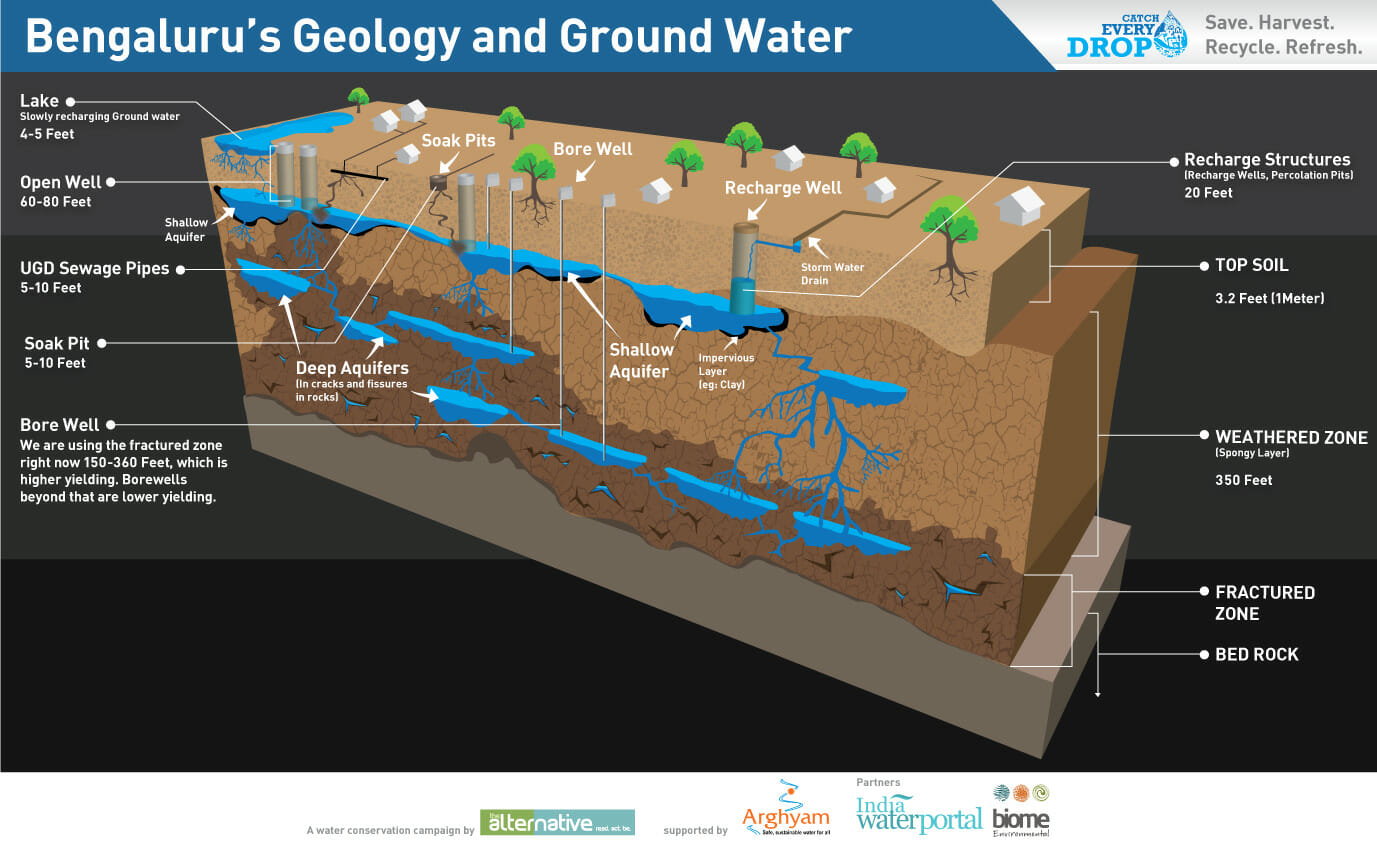 The diagram above explains Bangalore’s geology – below the top soil is the weathered zone, which is made of rocks and behaves like a sponge. This layer changes from area to area. Then comes the bed rock layer. The bed rock is not a monolithic layer; the rocks have cracks and fissures through which water passes and gets accumulated inside the rock. This is a deep aquifer. Borewells break into the bed rock and tap into the water there.