Born in 1952 into a humble Tamilian family at Gautamapura – the Gun troop area of Ulsoor, Ulaga was a quiet child. Cricket, football, gilli-danda, marbles were games that he played like any regular kid. But by 16, Ulaga realized the magnetic attraction to the game of football.  Joining clubs like the Bangalore Mars Club or the 515 Army Football Club he met and rubbed shoulders with legends- Arumai Nayagam, P. Kannan, Lionel and Basheer Ahmed. The Junior Nationals launched Ulaga into the Senior Division which ultimately brought him National and International limelight. He had the good fortune of being coached by greats like Basheer Ahmed, National coach GMS Basha and Amjad Khan.

Ulaga represented Mysore State (now Karnataka) for the Santosh Trophy from 1968-‘73. Playing a stellar role in the attack for Chief Inspectorate of Electronics (CIL) from 1970- ’73, Ulaga took the rough and ready professional football in his stride, before being inducted into the ranks of the Kolkata giant Mohun Bagan in ’74.  This in many ways, though to some extent less dramatic, duplicates the trial that the great Pele blazed. The Ulaganathan story became a real eye opener for city youngsters who had ambitions of becoming football greats. 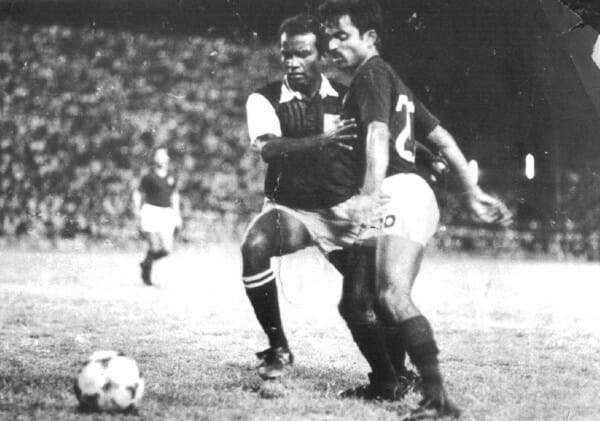 Speed with the ball and brilliant footwork made Ulaga a legend in his time. He developed a novel style of covering the ball while on the run to donning Indian colours and it came as no surprise to all when he was selected for the Pre-Olympics at Rangoon, Burma to represent India in 1972.

Ulaga moved to Calcutta (now Kolkata) in 1974. This was a turning point in his life and career. Playing Forward and Winger, he earned all his various nicknames- living up to each one of them, match after successful match!

Ulaga carved a niche in the hearts of his fans and the people who watched him play in the five years that he represented India. He hit the headlines in the Merdeka Tournament at Malaysia in ‘73, the Asian Games in Iran in ‘74, Kings Cup Seoul in ’76 and went on to play in Zambia, South Africa in ‘77. Ulaga the International footballer had arrived!

Ulaga’s dream year was clearly 1976 – Against East Bengal, he made a fantastic run down the line beating Sudhir Karmaker, regarded as one of the toughest wingbacks and helped Mohun Bagan score over its arch rival after six years. Ulaga’s advent was the silver lining that the dispirited Mohun Bagan supporters needed! He changed the complexion of the game, shattering many a defense with his individual brilliance.

Ulaga had the privilege of being the star performer of many a football team in Kolkata. He represented West Bengal for the Santosh Trophy for five years, Mohun Bagan one of the more popular and much talked about team in India for eight long years, East Bengal for two years, and Mohammedan Sporting for a year before hanging up his football studs and returning to Bangalore in 1985. 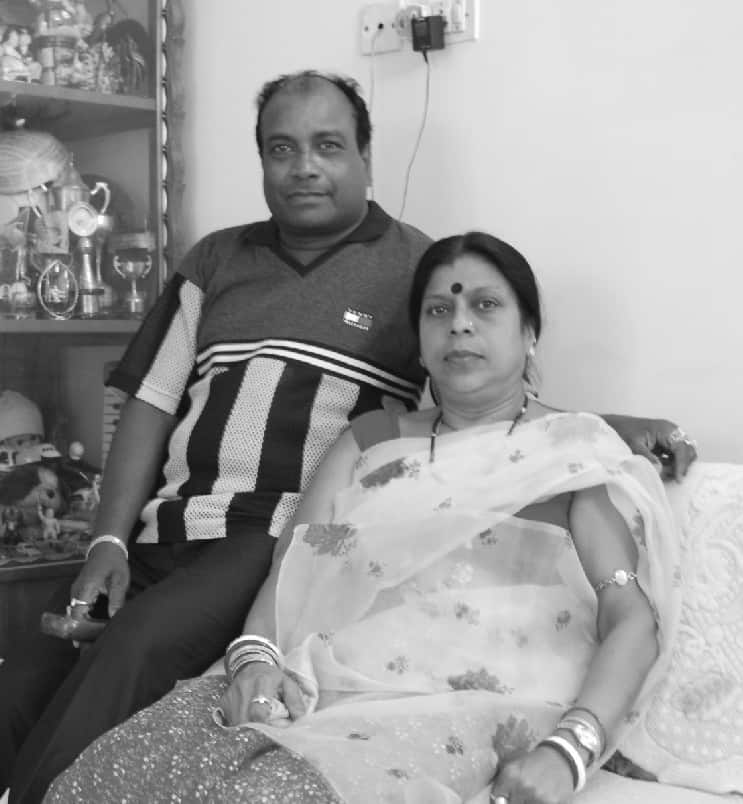 Kolkata was memorable to him both professionally and personally. One of his fans happened to be the beautiful, doe eyed, ever smiling cousin of his team mate Dilip Palit. Ulaga married Arati Palit in ‘79 and they have a son, Abhishek who played football as well but didn’t take it up as a career like his Dad! Ulaga speaks Bengali and Arati understands every word of Tamil. A very successful East marries South story! All through the interview with this correspondent, Arati was gently reminding Ulaga about his glorious days and his record breaking events.

Ulaga created many a storm during his hey days. Scoring a hat trick at the Durand Cup Final in Delhi in 1974 (Mohun Bagan versus JCT), Ulaga recalls with a smile that no one was able to break his record then or since. Arati glowed with pride when she recalled how her Ulaga hadn’t been given a single yellow or red card since there was no incidence of foul play throughout his career. A remarkable feat indeed! In ’76 in the league match of Mohun Bagan vs East Bengal Ulaga scored a first centre in the first 15 seconds of play- the fastest goal. He also mentioned rather humbly that he netted the highest number of goals (nine) in one season in his career in ’77. The unstoppable ball of fire!

Ulaga has many ‘exciting’ stories to recount- he broke his shin bone in the quarter finals at Malaysia and was hospitalized there for 15 days, setting him back by six months. While representing Mohun Bagan, he was kidnapped along with his friend by officials of Mohammedan Sporting who barged into his room armed with pistols and knives. He agreed to all their offers and then jumped from the second floor bathroom window to escape. He was placed under ‘house arrest’ by Mohun Bagan who were unwilling to risk any more such encounters till the next match. Ulaga left his shoes behind, memorabilia which were subsequently returned to him after more than 2 years!!

Moving back to Bangalore was an easy decision to make. Having family here and working in Bengal Chemicals, Ulaga settled into a life of domestic bliss. His eyes twinkle at the stroll down memory lane.

This writer couldn’t help notice the many rings he sported on every finger of both hands.” They are charms to avoid the ‘evil eye’ and a must for most Bengalis”,  Arati said softly. Listening to his success story it wasn’t a mystery anymore!

There is sadness in Ulaga’s voice at the state of present day football in India. Like most diehard football fans in India he admits that Cricket, the game of Royals, has been given so much importance and has many backers.” There were hardly any foreigners in my days, he recalls wistfully, but today one sees more of them in the Indian teams rather than our own players.”

Ulaga has coached so many youngsters independently. He was approached by many schools and finally settled down to being football coach for St.Germain High School.”There must be systematic planning in choosing and grooming young boys. They should then be sent abroad for international experience”, says Ulaga with the confidence of a seasoned player and coach.

This writer left Ulagas home with a slightly heavy heart. It is no secret that football has taken a backseat to cricket. The old greats are remembered only by a handful and only on special occasions that are few and far between. Isn’t it time to change that scenario?

No guesses to what he has named his home on Cookson Road in Richards Town- yes ‘Soccer Villa’ it is!

It was Walter Scott who had said that’”One crowded hour of glorious life is worth an age without a name”. N.Ulaganathan is a perfect example of Scott’s profound words.