Tree plantation at Saul Kere
Venue: Saul kere
Time: 9am
This event at the lake is managed by MAPSAS and funded by Genpact. 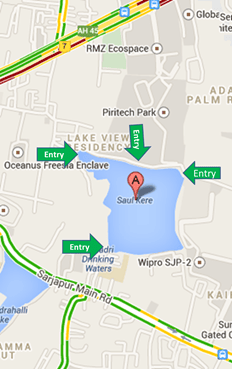 BIOME , WIPRO, ACWADAM (from Pune) and MAPUNITY (from Bangalore) are jointly undertaking a study Participative Aquifer Mapping Program around the Sarjapura – Bellandur area. This study intends to be a participatory exercise involving citizens. Some of the data that can contribute significantly to this exercise is the data on individual borewells drilled in this region and also the water consumption patterns of the people dependent on these borewells. If your home or community has access to borewells, kindly fill in this survey.

Traffic Updates in the area 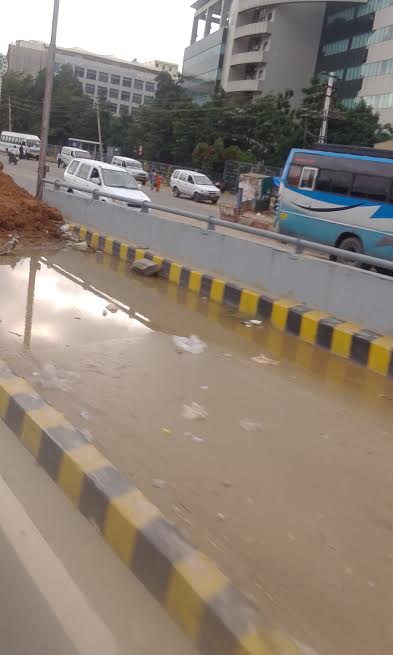 Mud piled on the road under Bellandur Flyver.
The Ecospace-to-Bellandur middle lane (between the two flyovers) was closed by piling mud by the traffic police to prevent traffic jams. Nagesh, a local resident observed that barricades and even stones/cement slabs were tried at first, but the drivers of cabs, earth-movers and tankers used to move them aside to create a gap, and leave the blocks scattered on the road, creating a danger for the other drivers. The mud pile has been an eyesore for many months now. With rains the mud has spread and has colored asphalt on the road to a muddy hue. As per the traffic cops, this temporary arrangement will end only when the traffic signals is operational under the flyover and all lanes will be opened to traffic.

No right turns are allowed from Kasavanahalli road and Haralur road onto Sarjapur road. Many residents feel this is not an effective solution to control traffic at these narrow junctions. Some alternatives were discussed at the last meeting between traffic cops with the local residents. Redeints feel that an alternate solution should easy the chaos in these junctions.

After the High Court’s order on BMTC buses for polluting and not stopping at designated bus shelters, the transport department has begun enforcing these rules. However, in Sarjapur-Bellandur area the private vehicles such as mofussil buses, water tankers, tractors etc. don’t come under the authorities’ radar. They stop and park at random places on Sarjapur road, increasing the traffic chaos in peak hours. 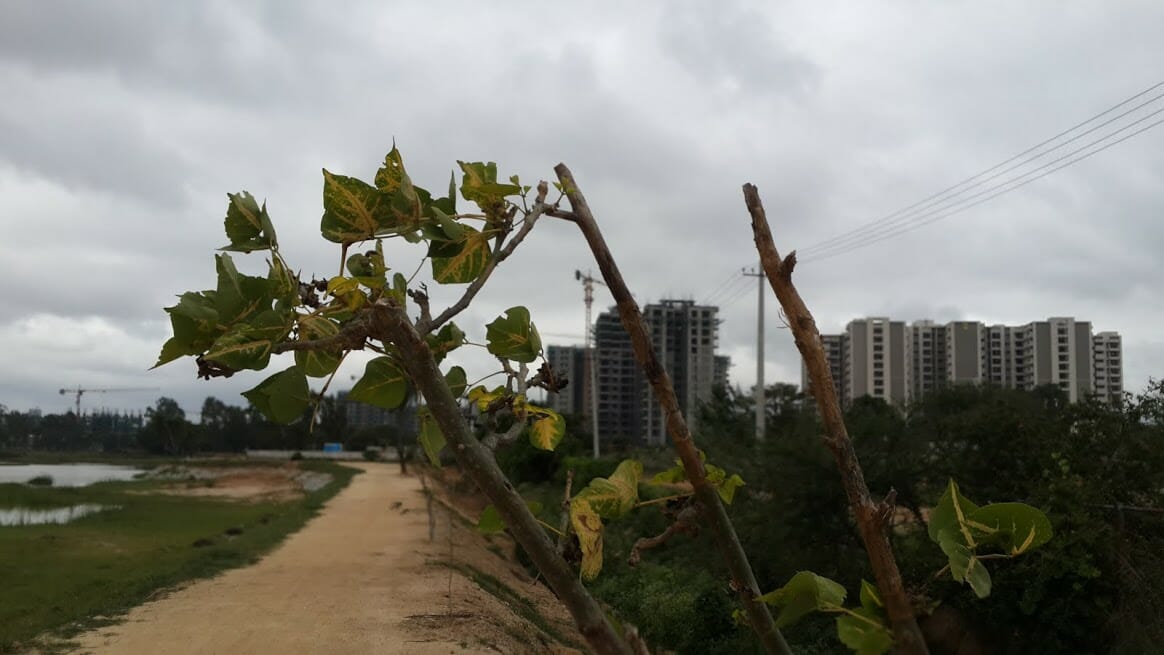 A person is hired to maintain the trees planted at Kasavanahalli Lake in June of this year. The tree are doing great and all of them have adapted themselves to their new home. Many have grown tall and needed support sticks. On Saturday around 100 support sticks where dropped off at the lake, but when on Sunday the person went to plant them he could see a few very tall trees were chopped off. Apart from this little hiccup, all other trees are doing great. Support is attached to around 120 trees and few more will be added in the coming weeks.

This is a good example of positive change brought by community interaction with the government. Vigilant citizens reported garbage being repeatedly dumped in the neighbourhood of Ibblur lake. BBMP Environmental engineer, Mamatha took prompt action by imposing fines on the errant shops. We look forward to more such actions including removal of illegal hoardings, signboards, pedlars and other violations that will make our ward a cleaner place. Mamatha can be reached at envengg.86.150.bbmp@gmail.com and at 9632709988. If you see garbage being dumped at public places, send in your complaints with pictures of defaulters.

Last week, a six year old child from Springfields Apartment narrowly escaped grievous injury when she slipped and fell into a stormwater drain in front of the apartment complex. She was trying to alight her schoolbus when the accident happened. The schoolbus had to stop right next to the open drain as there was an auto parked at the usual spot where the buses stop to pick up kids and the driver did not move the vehicle despite honking. Thankfully, the child escaped with some minor scrapes.
Now the questions that remain are, when is the Traffic Police going to do something about unauthorised auto stands and when is BBMP going to do something about open drains such as these, both of which are major safety hazards. Will our law enforcers please answer? 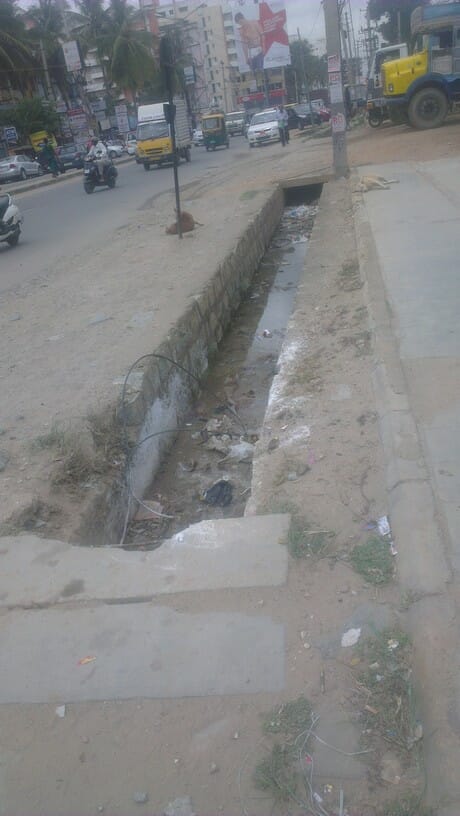 Have a story? Write to us: bellandur-forum+owners@googlegroups.com