Kaikondrahalli and Kasavanahalli lakes have been in the news for disturbing reasons lately – the rampant real estate developments in the valley zone that may lead to drying up of the downstream lakes and massive flooding in the next rainy season. There is an ongoing petition to raise awareness on this issue.

However, it is business as usual at the government offices. Authorities seem to have been quietly sanctioning one project after another. While there is Shriram Chirping Woods project that has been sanctioned in the valley zone, there is also Bren Imperia that has partly been built on the valley zone. 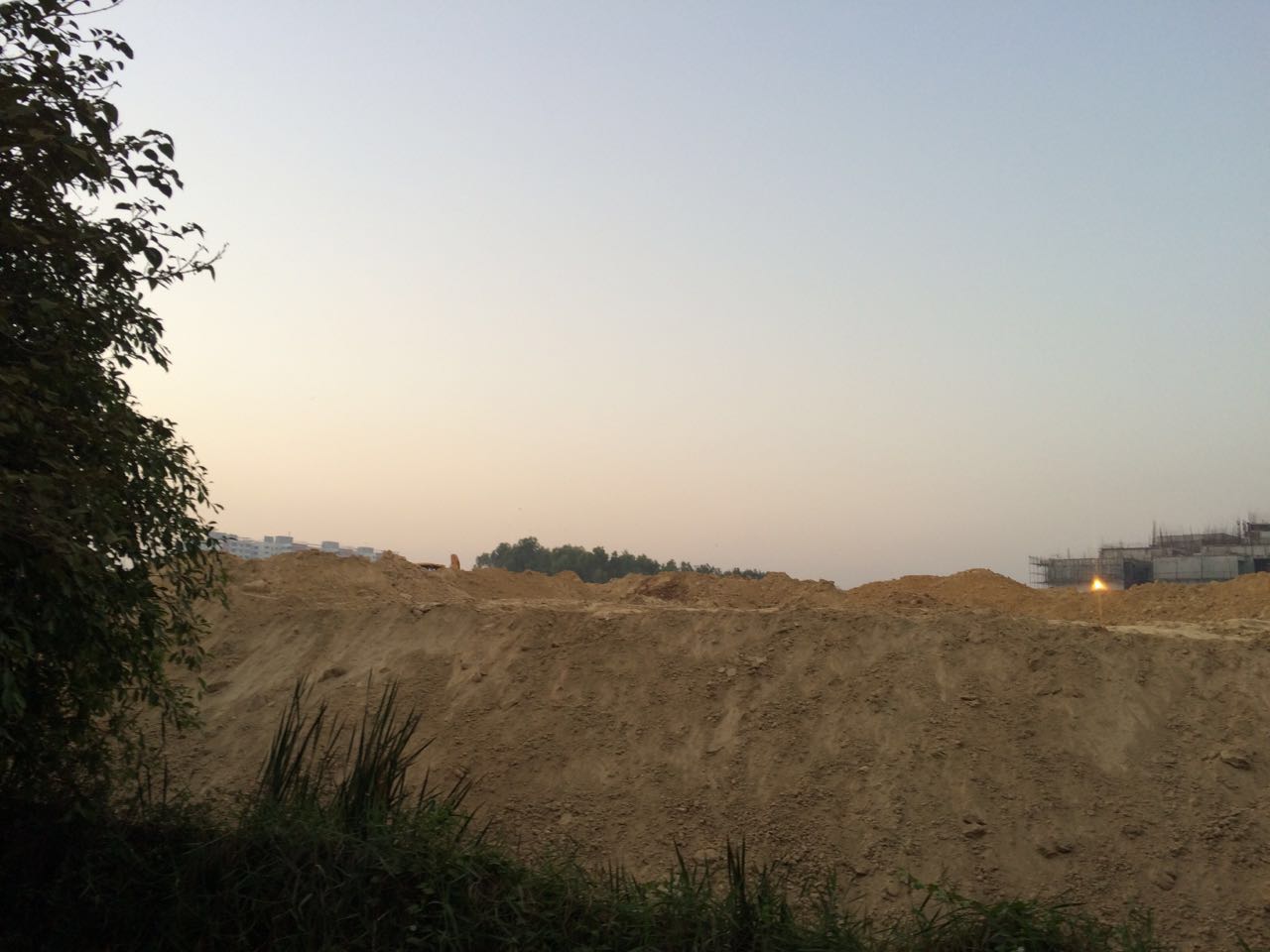 Alarmingly, in the last few months, another construction at the southern tip of Kaikondrahalli lake has commenced. The construction is dumping sand by the truckloads day and night in the valley. The construction site is many feet higher than the current fence now. Despite various pleas from the volunteers at the lake to the zonal BBMP and KSPCB, there was no action from the authorities. As a result, there have been following damages to the lake property.

ET news carried the following article on 27th April 2016, highlighting this issue. The BBMP official’s response was “There is no violation as there is no rajakaluve there”. “The private landowner is only increasing the height of his land however they will not be allowed to build in 30m from lake’s compound”. 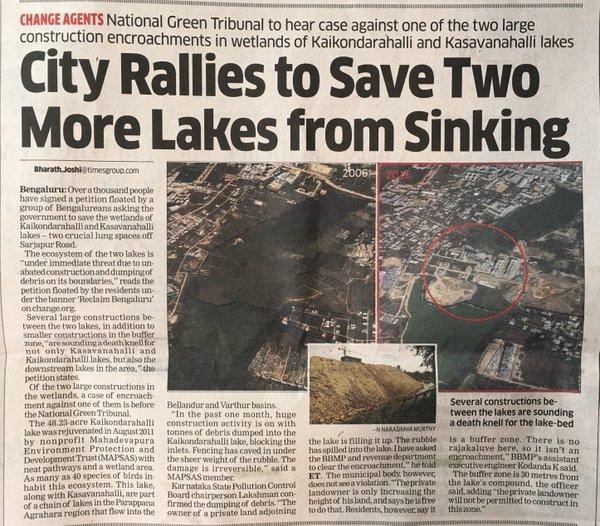 These statements are either out of ignorance or out of sheer bravado for making statements in public that can be disproved with official documents online for public view.

Site of the current construction, as viewed from Kaikondrahalli lake in May 2012. Looking south. 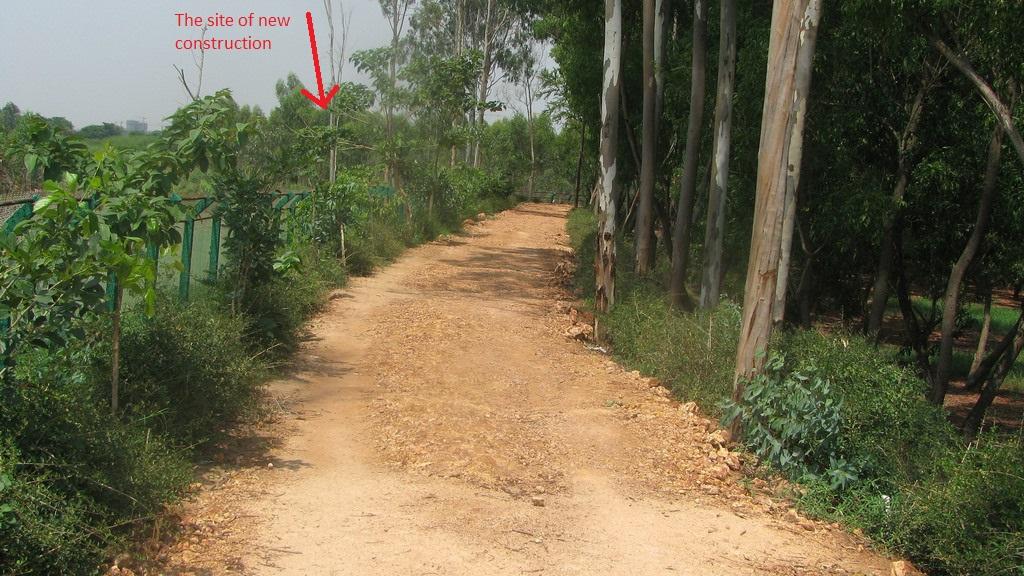 Site of the current construction as viewed from across Kaikondrahalli lake. Please note the height of the raised land compared to the natural surroundings which represents a valley. 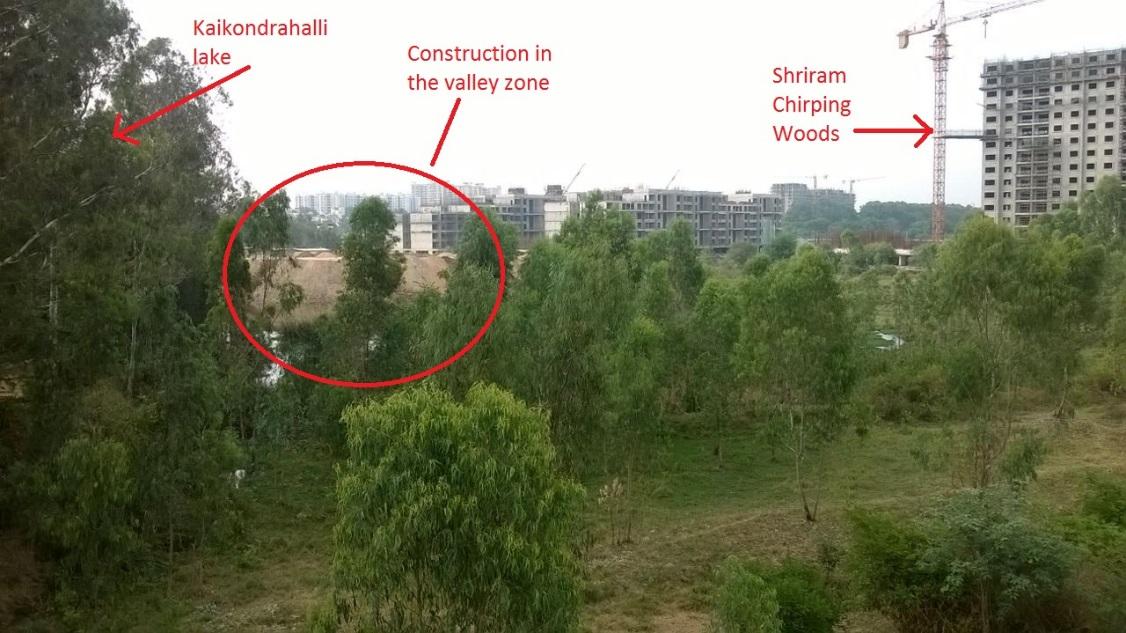 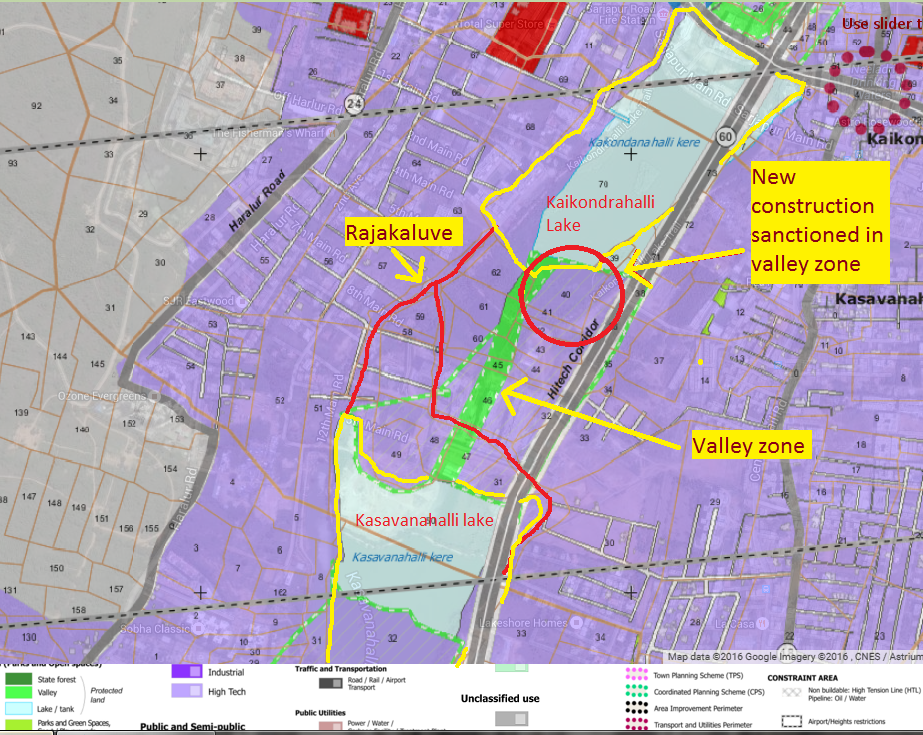 Other constructions in the valley zone between the two lakes. Pic credits: Shaju Nair 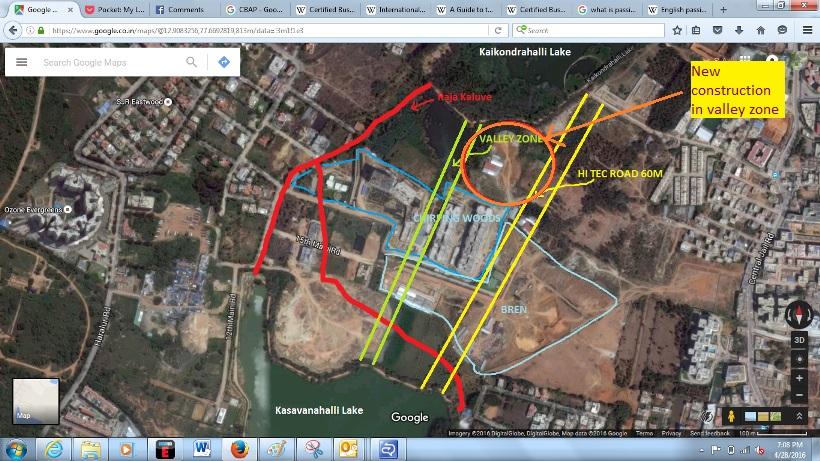 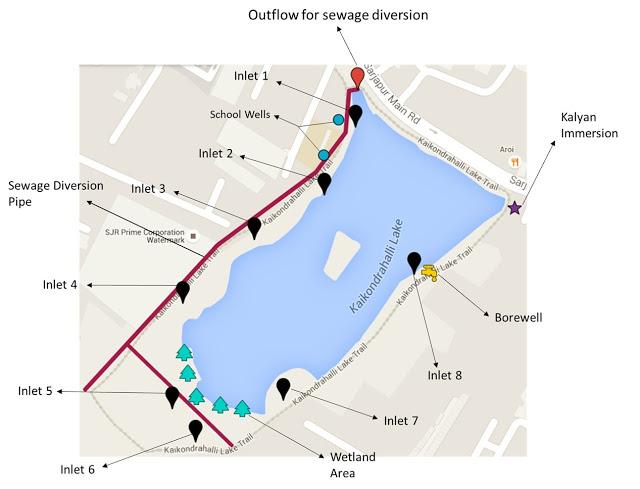 How did the builder get permission to build in the valley zone, why are they allowed to violate buffer zone rules and why they are damaging a lake buffer zone, which is a government property, in broad daylight, why are some government officials looking the other way, are the questions we as citizens must ask. The authorities must wake up from their slumber and answer these questions, before it is too late.

The Kadugodi Sai Gardens floods are a reminder of what happens when real estate encroaches canals. We also have the example of Chennai where real estate englufed consumed lakes and riverbeds leading to unprecedented floods recently. Let this story not be repeated in our neighborhood.