Few updates about the current state of Kaikondrahalli lake: 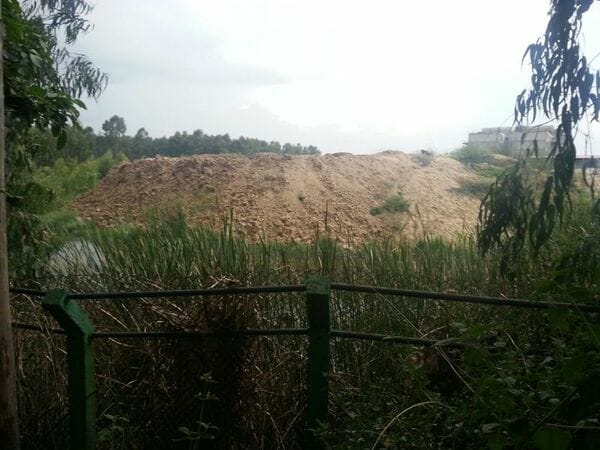 Buffer zone violations – Numerous buildings have popped up around Kaikondrahalli Lake in the last couple of years. Almost all of them have buffer zone violations i.e they have been built over the 100 ft catchment area around the water body which must be left AS IT IS to allow for percolation of rain water into the ground. This area must follow the natural gentle sloping pattern to let excess rain water to flow into the lake during heavy rains to avoid flooding of surrounding areas. Catchment areas are crucial for recharging the aquifers that feed our borewells. Almost all constructions around Kaikondrahalli Lake have blatantly violated this rule. Many have built over the buffer zone and have raised it against the natural sloping pattern. Notices have been issued but in vain. Many govt agencies are involved in buffer zone violation related cases, hence it is hard to bring violators to the book as agencies pass the buck while the lake suffers. PILs have been filed and are being followed up. In the last hearing, none of the concerned gvernemnt officials turned up. Next hearing is on Nov 10th. 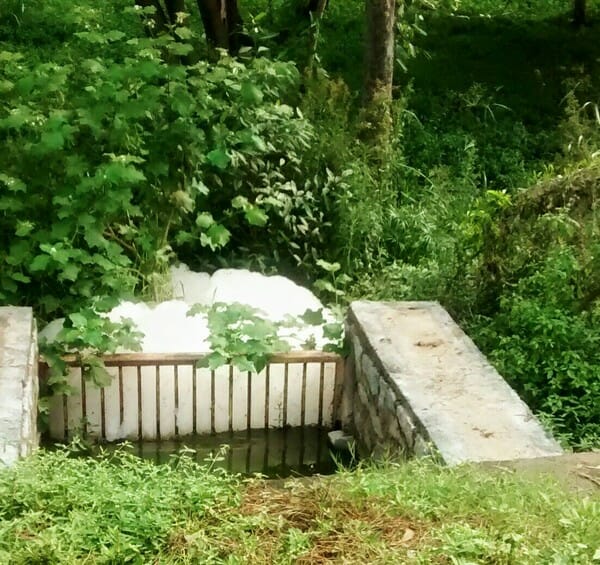 Froth at southern gate since the monsoons,

Sewage inflow at the southern gate – Again the culprits are the new constructions coming up all around. The swamp/wetland behind the lake which used to naturally bio-remediate the sewage to some extent has been built over. It is a double whammy. The froth at the southern end is the highest we have ever seen so far. In the dry season, no sewage comes in. But during rainy season, water mass swells due to rainwater and some sewage contaminated water does flow into the lake. While sewage inflow is not desirable, the lake needs water to survive. Some rainy water spiked with sewage will flow into the lake in the wet season. That inflow is contained by blocking the inlet partially. This needs to be done every rainy season (and everytime the owner of the plot behind opens up the entry to let in sewage from his plot into the lake)

Damaged fence – There is also a gross violation of buffer zone on the southwest side of the lake where private land owners have dumped soil and this has damaged our fence and people are easily sauntering into the lake by crossing the fence and using the lake as their toilet. Our guards are not able to stop the huge numbers of people coming in despite trying. Can all of you please call the Joint Commissioner of Mahadevpura Zone today and complain about the Kalyani cleaning as well as the buffer zone violations. The number for JC Mr. Umanand Rai is: 9480684555. A few 100 calls today should get them to look at this seriously. Please call every time you have a few spare minutes and ask for time line for action. And please keep calling tomorrow and day after until the action is visible on the ground.

Fishing at the lake – Fishing at the lake is livelihood for the local fishermen and a source of fresh water fish for us. It also involves them as stakeholders for the health of the lake. When their livelihood depends on it, they care about the quality of water where they harvest their fish. BBMP has given out fishing licence to a fisherman. There were some complaints regarding excessive fishing this season and drop in bird numbers reported by bird watchers. BBMP engineer has already warned the current fisherman and has promised to ensure that rules will be observed to curb over-exploitation of his license to fish. 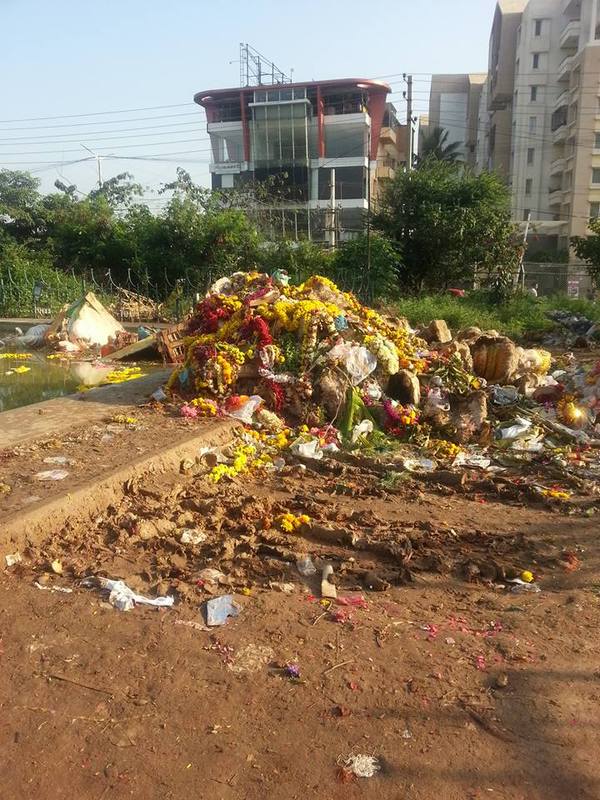 God save us from Dengue! Pic courtesy: Deepshikha Mehrotra

Ganesha visarjan clean up – BBMP promised to lift all the pooja waste and ganesha idols within a day of last visarjan. 10 days hence, the sad scene at the kalyani tank remains the same – Multitude of deformed idols dunked in stagnant water surrounded by putrefied waste. We have had hundreds of dengue cases in the neighborhood. Thanks BBMP! We needed just one more breeding hotspot for an outbreak. Normally thie visarjan waste lies around for a month and half till hapless residents and visitors to the lake publish photos of kalyani in few leading newspapers and arrange for dignitaries to visit the mess. This time BBMP has promised to have it cleared by theis weekend. However, going by their past record, one cannot hope for much. Please call Dasappa the BBMP guy, if you see stagnant water and waste in the kalyani tank even after the weekend – 9916379255.

What could you do? Bug the officials. Actively help us in following up lake matters with the government. Watch out for your lake. In case of any untoward incidents notify the security or post on our facebook page. Lake monthly maintenance is run by MAPSAS trust with funding from United Way NGO which is now cut to 50% of the original amount. As a result, numbers of maintenance stafff have been reduced. Donate to the MAPSAS trust that is managing the lake.

Get donation details by writing a email to subsank@gmail.com or quick pay at https://click2race.com/Register?eventid=kkh_2015.