On the evening on May 12th, raw sewage gushed in from the eastern inlet for nearly 3 hours into Kaikondrahalli lake. With help from BBMP labourers provided by BBMP lakes Engineer Shilpa, and with many of the lake visitors and volunteers staying back at night to oversee the work, we could partially block the inlet. The blocking at the inlet was reinforced in the morning, but sewage continues to trickle in. With a JCB borrowed from Bren Construction, we tried to block the main source of the sewage inflow, but had to re-open it soon as the land owner and the nearby locals were facing sewage accumulation issues. Sewage continues to slowly trickle into the lake despite our best efforts so far.

Where did the raw sewage come from?

From single home dwellings and slums in Kasavanahalli, and stagnant sewage from behind the construction debris hill. Earlier, the sewage used to make way to the area behind the Kaikondrahalli lake, where it used to stagnate, till rain water diluted it, thus making it less harmful than raw sewage; this was coming into the lake through one of the southern inlets. There is also a sewage diversion drain inside the lake which was built last year to divert the sewage downstream bypassing the lake. For the last few weeks/months, sewage has been stagnating behind the construction mountain which is blocking its entry towards the diversion drain.

Where did the construction debris come from?

From various constructions in the region between Kaikondrahalli and Kasavanahalli lakes. In the initial months/years, it was debris from the Sriram Properties Chirping Woods construction. Currently, it is Bren Imperia. Possibly from Golden Gate constructions as well. They have sub-contracted the transport of their excavated waste and the contractors have the permission from the owners of the site to dump there. Unfortunately, the dumping is in the buffer zone and has now breached into the valley zone as well. This has blocked one inlet and has damaged the lake fence. We have informed Bren of the same. 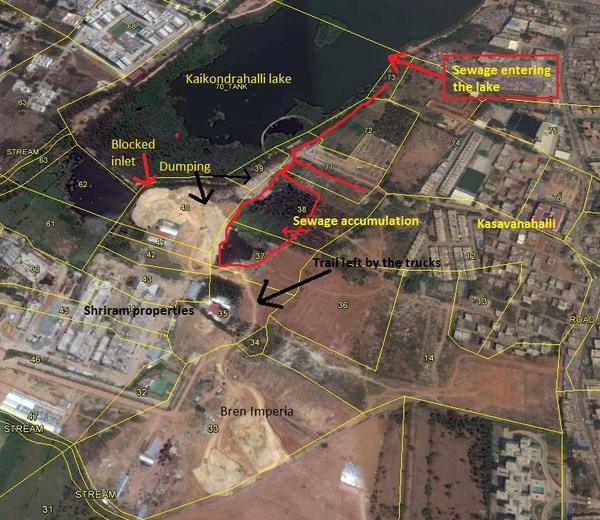 A shot of the problem area from Google Earth. 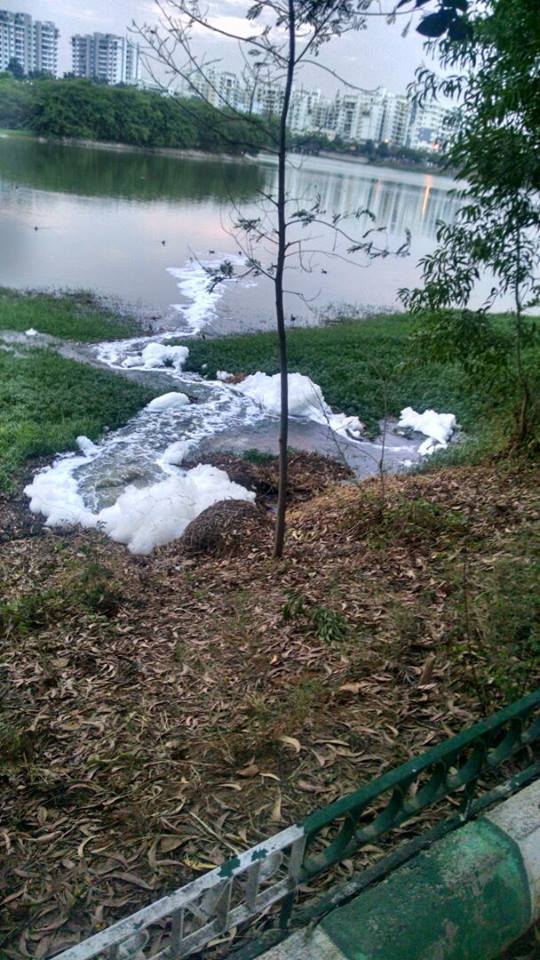 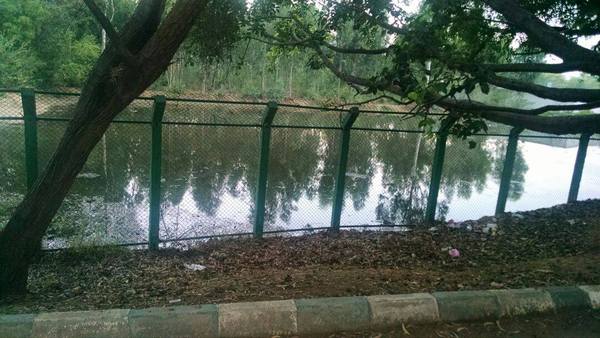 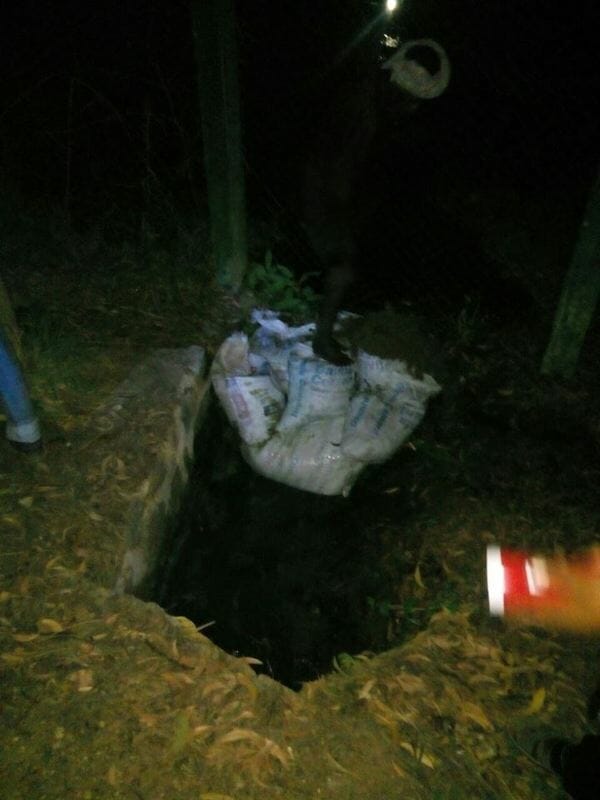 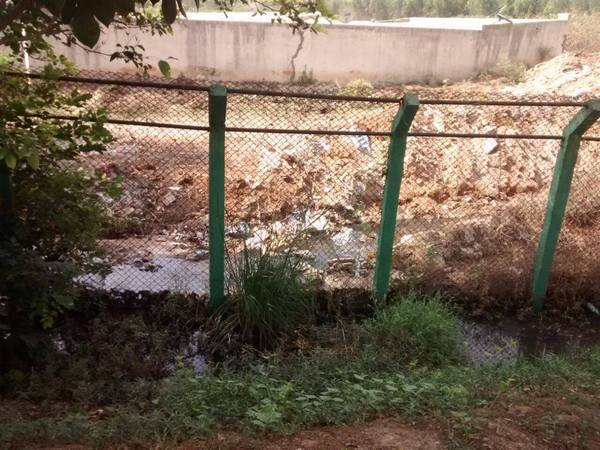 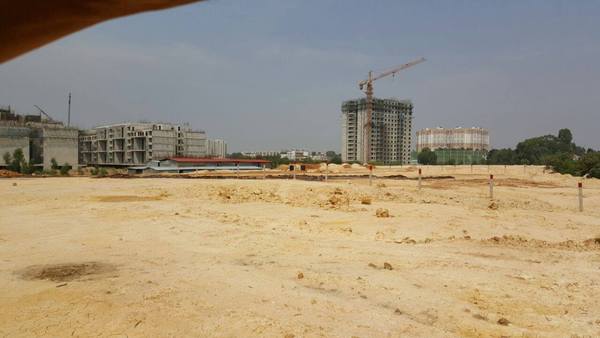 Construction debris continues to pile fast. It has extended well into the valley zone. You can see the Sriram Properties tower in the distance. Pic: Shilpi Sahu 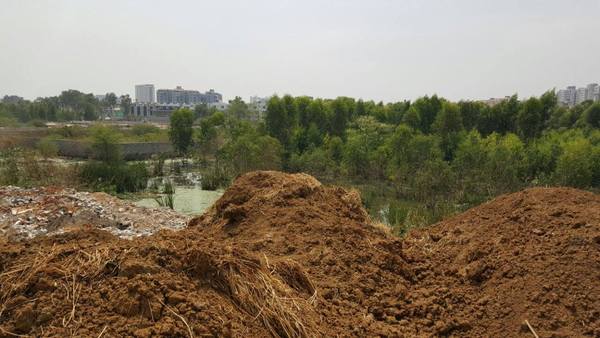 The ‘lake’ of sewage stagnating since months. Now it has partially drained into our lake! Pic: Shilpi Sahu 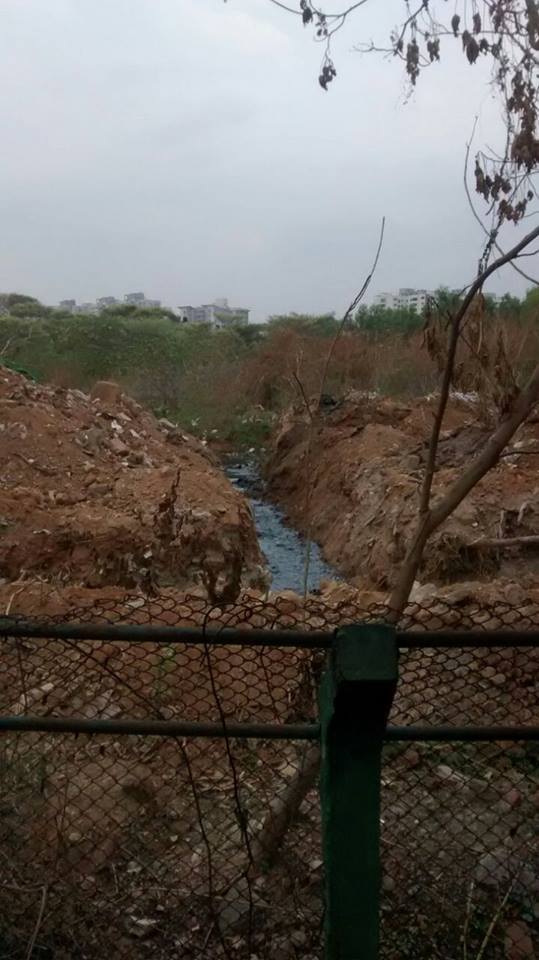 The channel ferrying the sewage to the lake.We attempted to close it, but had to reopen it. Pic: Shilpi Sahu 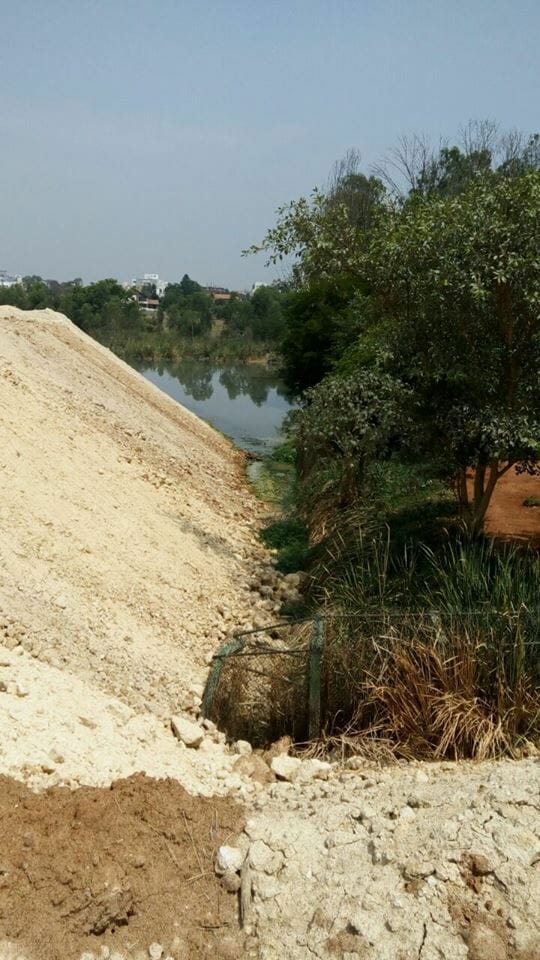 The location of the blocked inlet. Pic: Shilpi Sahu 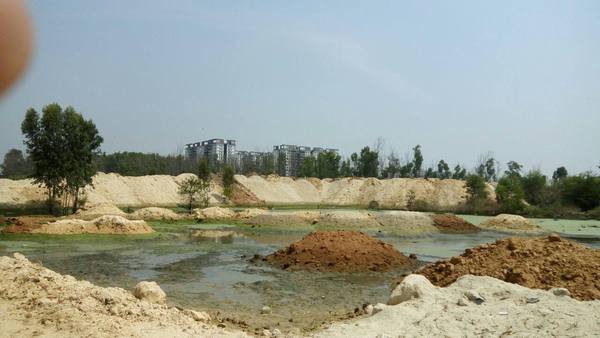 The lake of sewage, formed due to the construction debris blocking its path. Pic: Shilpi Sahu

What is BBMP doing?

We have been complaining to the BBMP zonal office for nearly two months about this particular accumulation of debris. After last night’s frantic calls, we had two officers visit the site, who promised to send notices to the survey numbers where the construction debris has been dumped. They also visited the Bren office to inform them about their construction debris in the buffer zone.

Actual results on ground – yet to be seen.

It is clear that without intervention, the landowners/contractors will continue to raise the ground above permissible limits.

What are we doing?

We are planning to approach Bren again to see if we can take their help to create a makeshift channel for the sewage towards the Kaikondrahalli diversion drain. We are also following up with BBMP and other officials to continue put pressure on them to act and clear up the buffer zone of the lake before monsoons flood the entire place.

Many thanks to the people from surrounding community who turned up all through the day to sort these issues. We will keep everyone posted.