Citizen groups came together and organised the Bellanduru Lake festival with good participation from authorities and citizen stakeholders. The event was organised by citizen volunteers from Bellanduru. The event was sought to bring together all stakeholders and to raise awareness and participation from the general public and seek their ongoing support towards lake revival.  One of the core  organisers said “It is a great start to citizen engagement and ongoing involvement in the rejuvenation of the Lake.  Support and commitment from authorities was encouraging.  Citizens must engage more actively and own up our lakes”. 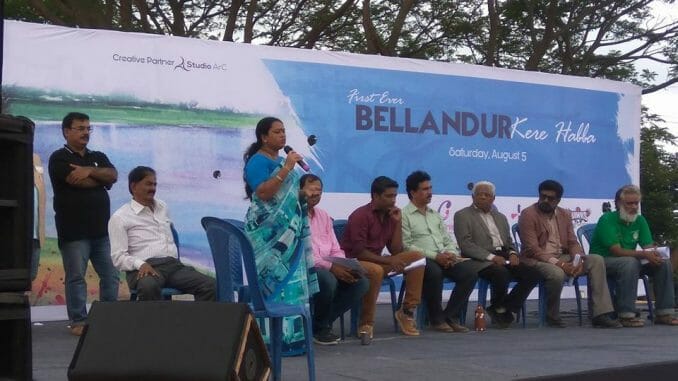 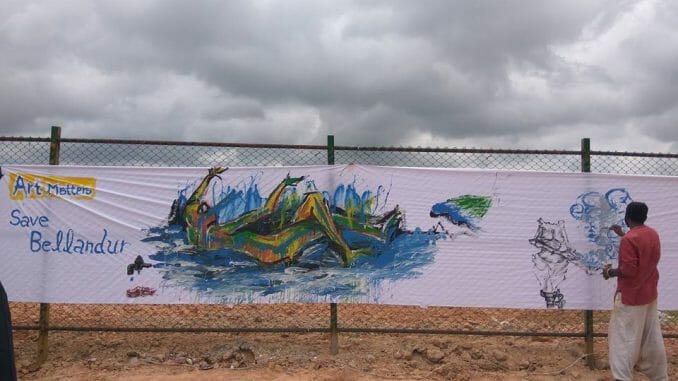 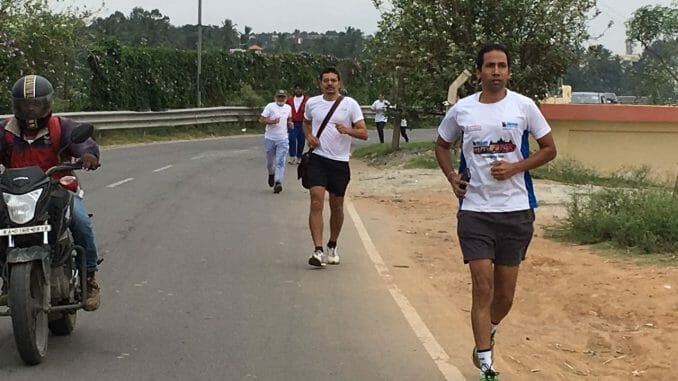 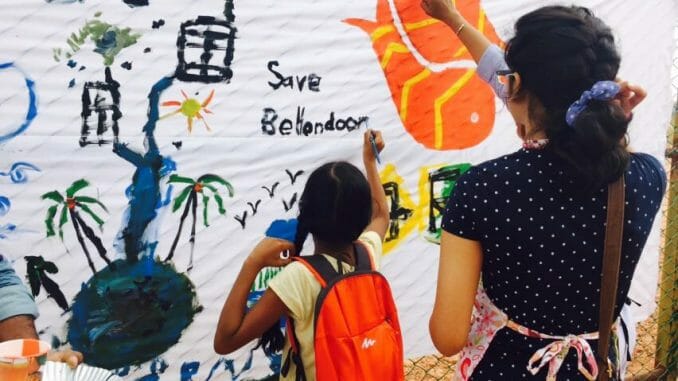 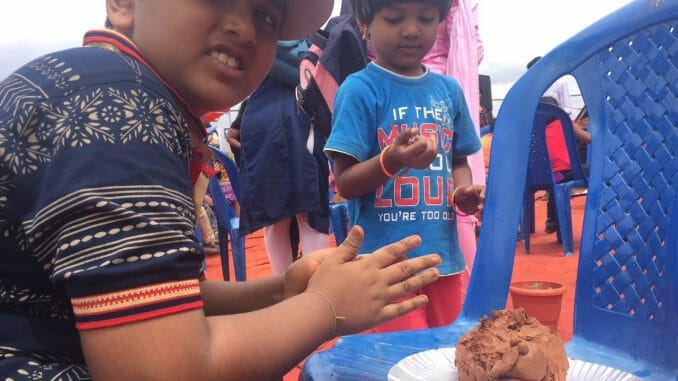 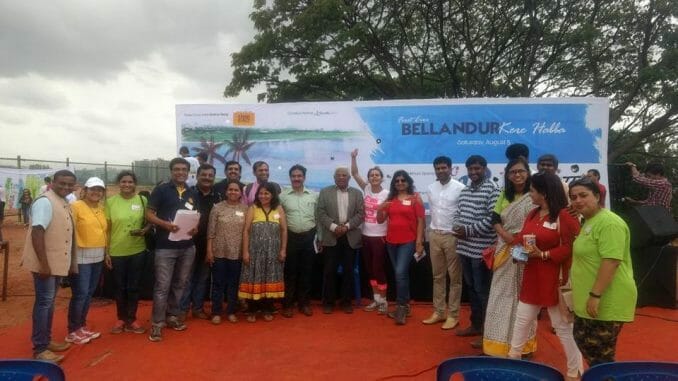 The event was held at an open BDA ground near Bellandur Lake and had a number of activities to keep both adults and kids engaged through the day. The events included awareness sessions on Bellanduru lake and lake ecosystems. Children went on a Nature Walk as Lake detectives with Dr. Krishna, Planted vegetable pots with Jeev Bhoomi, Painted and learnt about the ill effects of POP on lakes in an activity sponsored by KSPCB and made their own clay Ganeshas.

There was a high powered panel discussion involving and the authorities  academicians and civic bodies to discuss the status of the Lake and the rejuvenation. The panelists were Dr. Yellapa Reddy (former Secretary, Dept. of Ecology & Environment,), Dr. Vijay Kumar (MD Scalene & BBMP Expert Member), Sridhar Pabisetty (Namma Bengaluru Foundation) Ramprasad (Friends of Lakes), Md Naimatulla Khan  (BDA), N Lakshman (KSPCB), JC Mahadevapura (BBMP) and Dr. Vasanthi Amar (BBMP). The session helped the general public understand the issues facing the lake, the options available for rejuvenation, current status and the role of various stakeholders and bodies. Some of the specialists indicated that the lake could be completely revived in a span of three years with cooperation of all stakeholders.

Dr. Yellappa Reddy emphasised the need for  KSPCB to monitor and trace the source of pollution in the lake.  He indicated that the lake could be completely revived in a span of three years with cooperation of all stakeholders. Dr. Vijaykumar – Explained the reason of foam as imbalance between different types of bacteria and asserted that it was treatable easily. Ramprasad (Friends of Lakes) exhorted the public to come together and join environmental drives. He said, “A village and it’s lake are integral to each other and dependent on each other hence celebrating the ‘oora habba’ and ‘kere habba’ together would make it even more meaningful”. Dr. Vasanthi Amar, Jt Commissioner (BBMP) assured the public that the source of pollution of lakes would be traced.

Sridhar Pabisetty (NBF) said “The coming together of different stakeholders today at the Bellandur Kere habba is encouraging and will go a long way in ensuring the lake Rejuvenation progresses in the right direction. The shared understanding of what is accomplished so far and also deliberation on next steps was useful and I hope the residents will repeat monthly and quarterly going forward”.

The demands of the citizens was the complete implementation of recommendations of the Expert Lake Committee, transparency from the government on long term plans for Bellandur Lake and localized sewage treatment upstream rather than sending to Bellandur and Varthur lakes. Citizens wanted implementation to be fast tracked given only deweeding is progressing despite the NGT notice. Citizens also sought clarification on the benefits of the transfer of Lake ownership to Minor Irrigation to the rejuvenation process.

The event was funded by micro contributions from the general public and also by some sponsorship from Rotary Club, Sakra World Hospital, Private Philanthropist fund SIFF, Cloud Nine and Decathalon. The children led the way in showing immense in all activities themed around lakes which was a very encouraging sign of things to come.