With barely three months to go for the closure of Mandur landfill, pressure is building up on BBMP to manage city’s waste responsibly. Special Commissioner (Municipal Solid Waste) Darpan Jain is banking on citizen’s co-operation and the top Palike officials’ efforts. BBMP has taken up segregation drive in Bellandur ward on pilot basis. Kasa Muktha Bellandur, citizen volunteer group is proactively working with the BBMP officials in this respect. He hopes this model can be replicated in the other 198 wards with time.
A new covered waste-processing unit is coming up at Lingadheeranahalli, Banashankari 6th Stage, to manage segregated waste. The quantum of garbage trucks dumping at Mandur has come down from 180 to 130. By december 1st, this number should trickle down to zero.
– Excerpt of the article from The Deccan Herald.

GGRA volunteers clean up their lane 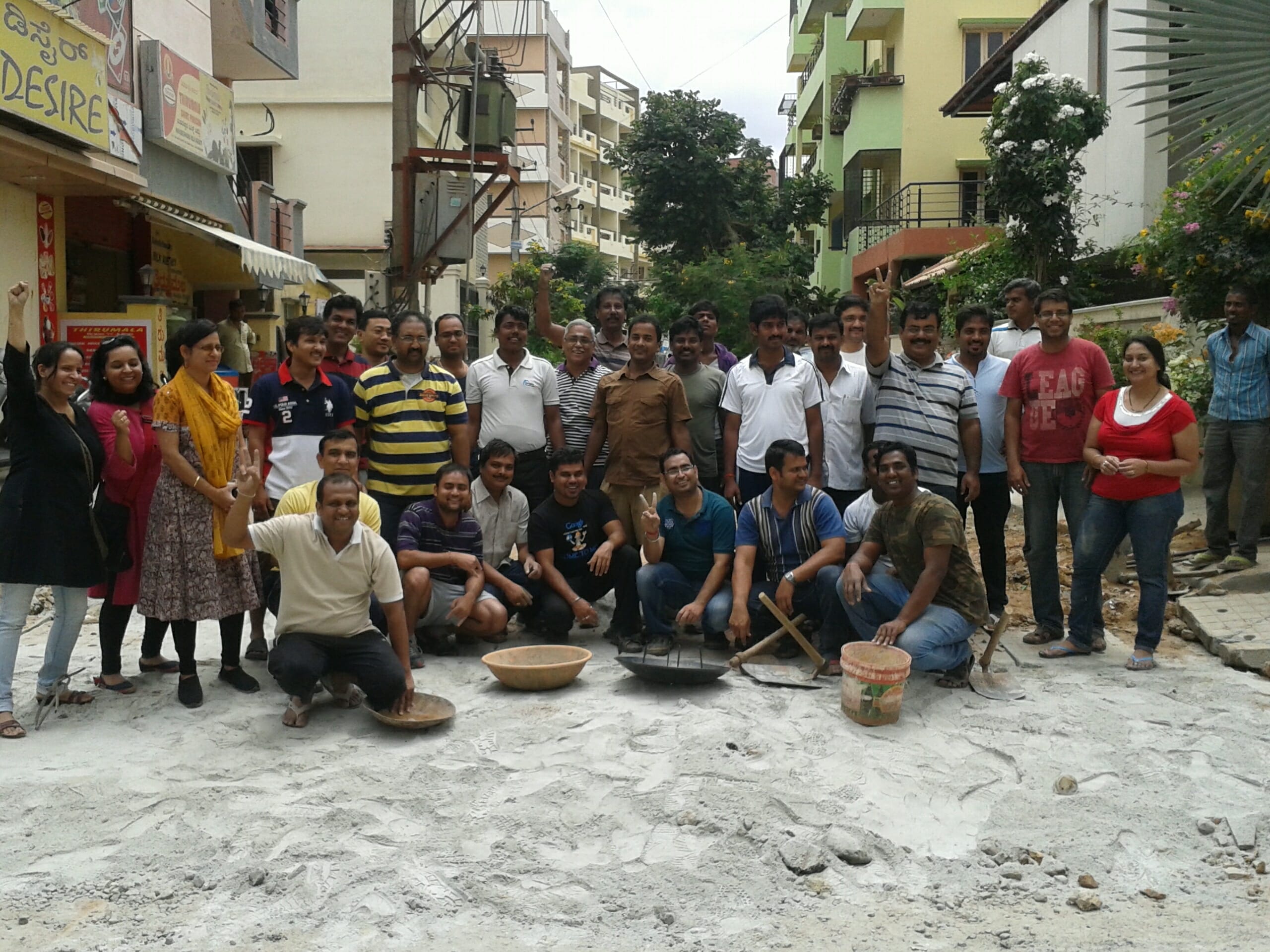 Green Glen Residents Association and volunteers from Sobha Apartments conducted a “Shramdaan” over two consecutive weekends with the intention of clearing obstructions to pedestrian access and cleaning up garbage in the lanes within Green Glen Layout. The participation was very high energy with over 50 residents of all ages turning up to participate in this drive which was originally meant to run concurrently with the BBMP’s drive against illegal vendors who block footpaths and traffic movements. While the BBMP did not send any representatives for this event, residents more than made up for their absence by rolling up their sleeves and getting their hands and feet dirty in their quest to make our community more clean and safe. Special mention is to be made for the support provided by Mithun Reddy, local community youth leader, who personally operated a JCB that helped clear large mounds of unattended gravel and sand that the BBMP contractor had left in crucial junctions during the road relaying project which seems to be a perpetual work in progress.
– Article courtesy: Subramanian Sankaran 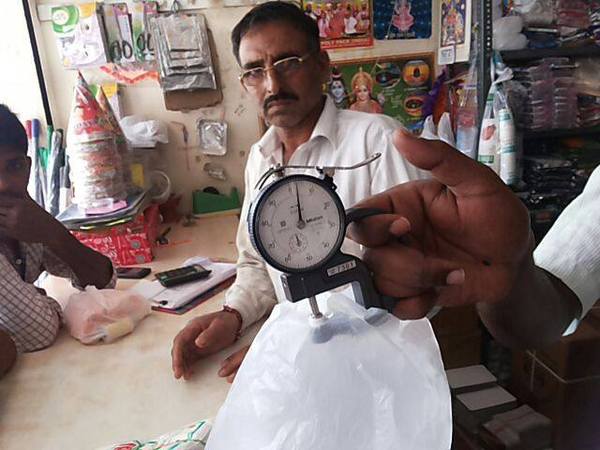 Ward 150 Health Inspector and Environmental Engineer are out on their rounds enforcing SWM. Last week, they penalised many residential communities and commercial outlets for non-segregation of garbage and for use of plastic bags thinner than 40 microns. About 300 kilograms of plastics was seized by BBMP officials last week on Sarjapur road. Rs 15600 was collected as penalty.

Following apartments/outlets were fined.
Golden Corner
A.K.R Textiles
Big Bazaar
Trinity Meadows, Kristal Halite, Akme Harmony etc were penalised for non-segregation of garbage. Total amount of Rs 48000 was collected as penalty. One can report defaulters directly to the Environmental Engineer or the Joint Commissioner of your ward. The list of BBMP SWM monitoring officials can be found here. 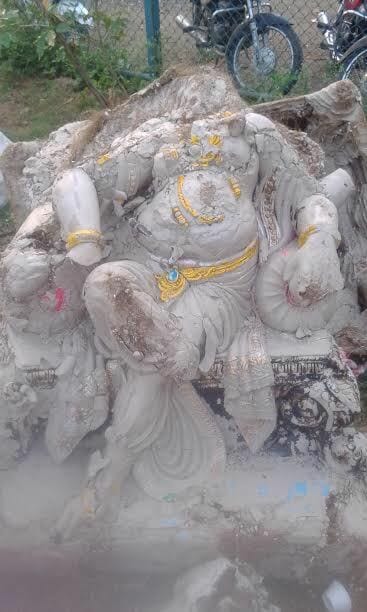 PoP Ganesha after the 2nd day of immersions at KKH Lake.

The Ganesha festival is finally over and most of the debris has been removed from the Kalyani tank of the Kaikondrahalli lake. That is an amazing feat considering that last year one had to chase after officials for almost 3 months to get the debris removed! Mr. Sandesh and Mr. Dasappa of the BBMP Zonal Office have been very proactive this year with planning and executing this debris removal. The question still remains — where are they taking the debris? We haven’t been given clear answers. Perhaps some sleuth-type following of BBMP vehicles may have revealed the fate of the debris and the people/place upon which the debris would have transcended. Or maybe we’ll file an RTI to find that out. We hope that they were not inflicted on some less-fortunate villages or some less-visible lakes.
The plug of the valve holding the water in the Kalyani has been pulled but the water is not draining well because of the huge amount of silt and broken PoP mush that is blocking the outlet pipe. Work on clearing that starts tomorrow. If it had been just silt from clay idols, we’d have used the silt within the lake premises… but alas its mixed with PoP!
If we can prevent PoP idols next year, that will be a major triumph. In anticipation…
– Kaikondarahalli Lake Team

Venue: Amphitheater at the far end of the lake 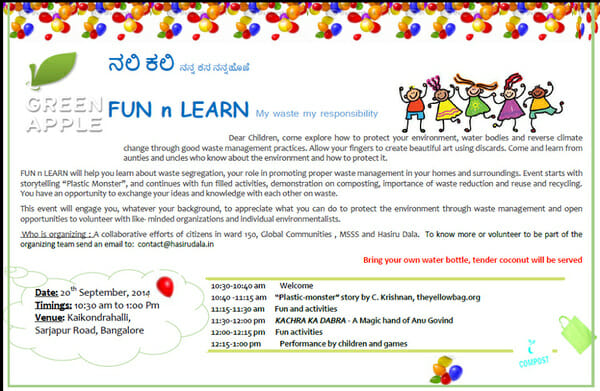 Kids event at the lake

Have a story? Write to us: bellandur-forum+owners@googlegroups.com