BBMP has taken up the rejuvenation of upstream lakes in the chain of seven lakes, of which Kaikondrahalli Lake is located just before Soulkere.

A few months ago, the contractors had started to dewater the upstream lakes, which meant the sewage water present in these lakes had to be pumped out. Unfortunately diversion pipes were not in place at Kaikondarahalli lake so this polluted water was getting into our rejuvenated lake. So dewatering work was suspended to build the channels, and later the election code of conduct delayed the work further.

With dewatering work restarted, we suddenly found that the upstream lakes have been breached a few days ago. The volume of water released from those lakes have overwhelmed the diversion pipes laid by BBMP and started to enter through other inlets into Kaikondarahalli Lake.

untreated water heavy with sewage backed up behind Kaikondarahalli lake waiting to enter.

Sewage water blocked from entering because of the barricades that we created int he inlets.

sewage water gushing into the lake. 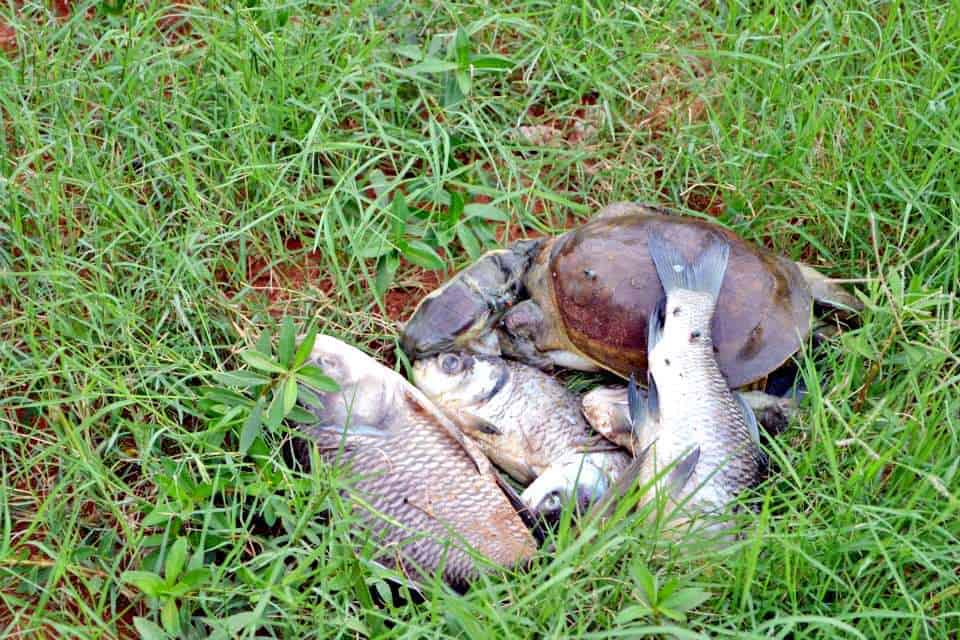 We informed Environmental Officer Shilpa and Forest Department Official Jagannath Rao and barricades were put up at all the inlets of the lake. But before we knew it, the volume of water became so much that it started collecting behind the lake and residents around that area started complaining to the BBMP. The contractor then opened the barricade and allowed the water to enter into Kaikondrahalli Lake unhindered!

This is disastrous for the lake – fishes and turtle are dying and there is already algeal formation.

We are requesting BBMP to close the outlet from Kasavanahalli Lake and close the inlets at Kaikondarahalli Lake that is allowing the water to come in. Even then it may take days for the stagnant water behind the lake to flow through the diversion pipes.

It is better to have only a small steady volume of water to be let out during dewatering so it can go properly through the diversion pipes built by BBMP. Of course, it will take longer for the upstream lakes to be dewatered and it may get complicated with rain… However it is important to save all the money, effort and the teeming life that is now dying at Kaikondarahalli Lake.⊕

About Priya Ramasubban 6 Articles
A resident of Bellandur in Bengaluru and a film maker.