The two flyover projects, which took off in September 2009, were supposed to be complete by the end of 2010. BDA later extended the deadline by another year, to December 2011. Work on Kadubeesanahalli underpass was to be complete by June 2011. But all three projects are still going on.

Here is an RTI response from the BDA in December 2011 on status of the project, penalty imposition, project monitoring etc. According to this, all these aspects have been taken care of. 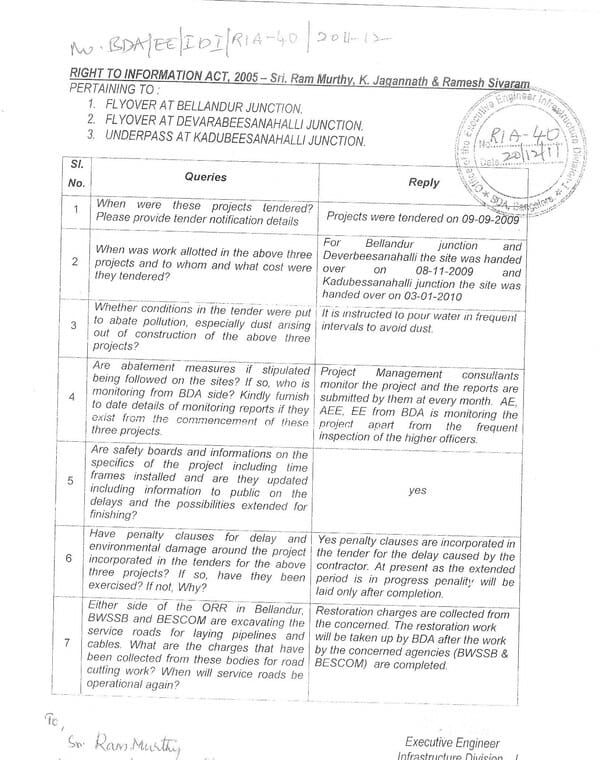 Another RTI response in December mentions that 60% and 55% of work has been completed on Bellandur and Devarabeesanahalli flyovers respectively. As of December, Rs 36.2 cr has been spent on both flyovers and the estimated total cost is Rs 82.5 cr.

In the case of Kadubeesanahalli underpass, only 48% of work is complete. Rs 17.5 cr has been spent, while the total amount allocated is Rs 39.8 cr. Contractor for all three projects is Simplex Infrastructure Ltd.

About Satheesh A 0 Articles
Satheesh A is a member of Forward 150, the residents association of Bellandur ward.