Citizen Matters had earlier covered Kaikondrahalli lake being threatened by road widening plans and illegal building encroachment. The temple is only a few metres from the lake, which violates the rule that a buffer zone of 30 metres be provided around lakes. Also, pillars of the temple have been erected only a feet away from the neighbouring Elements Layout compound.

K N Devaraj, Joint Commissioner (Mahadevpura zone) had said that he stopped the construction work. The temple builders had obtained permission from the Tahsildar earlier and not from BBMP. “They have applied to us for plan sanction now, but we are not going to approve it due to the buffer zone rule,” he had said.

However the illegal temple construction continues,  often at night,  despite petitions to the Jt Commisioner, Mahadevapura and Commisioner BBMP. The foundation is complete and the pillars are up. See the progress over the last week. 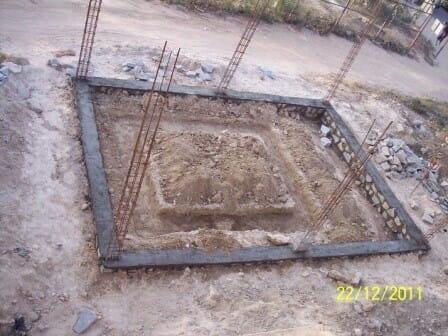 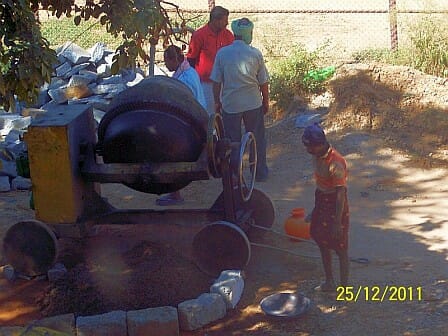