Sohel Mohamed and B R Srivatsa are both Birdwatchers with interest in wildlife conservation residing in HSR & BTM Layout respectively. They have shared the following report on the Avifauna Biodiversity of our Kaikondrahalli Lake.

We have been visiting the lake for over 3 years and keep a track of the birdlife there. We have even tudied the changes pre and post-rejuvenation.

Observations [between November 2010 to June 2011]
1. The number of species seen went up from 42 (pre-rejuvenation) to 53 (post-rejuvenation).
2. Bird populations started building up post monsoon of 2010.
3. Drastic increase in Spotbill Duck population (have seen around 250+ at one
time).
4. Garganey Teals (25+) seen at the lake post-rejuvenation.
5. Noticeable increase in Purple Moorhen Population (up to 80+ seen). 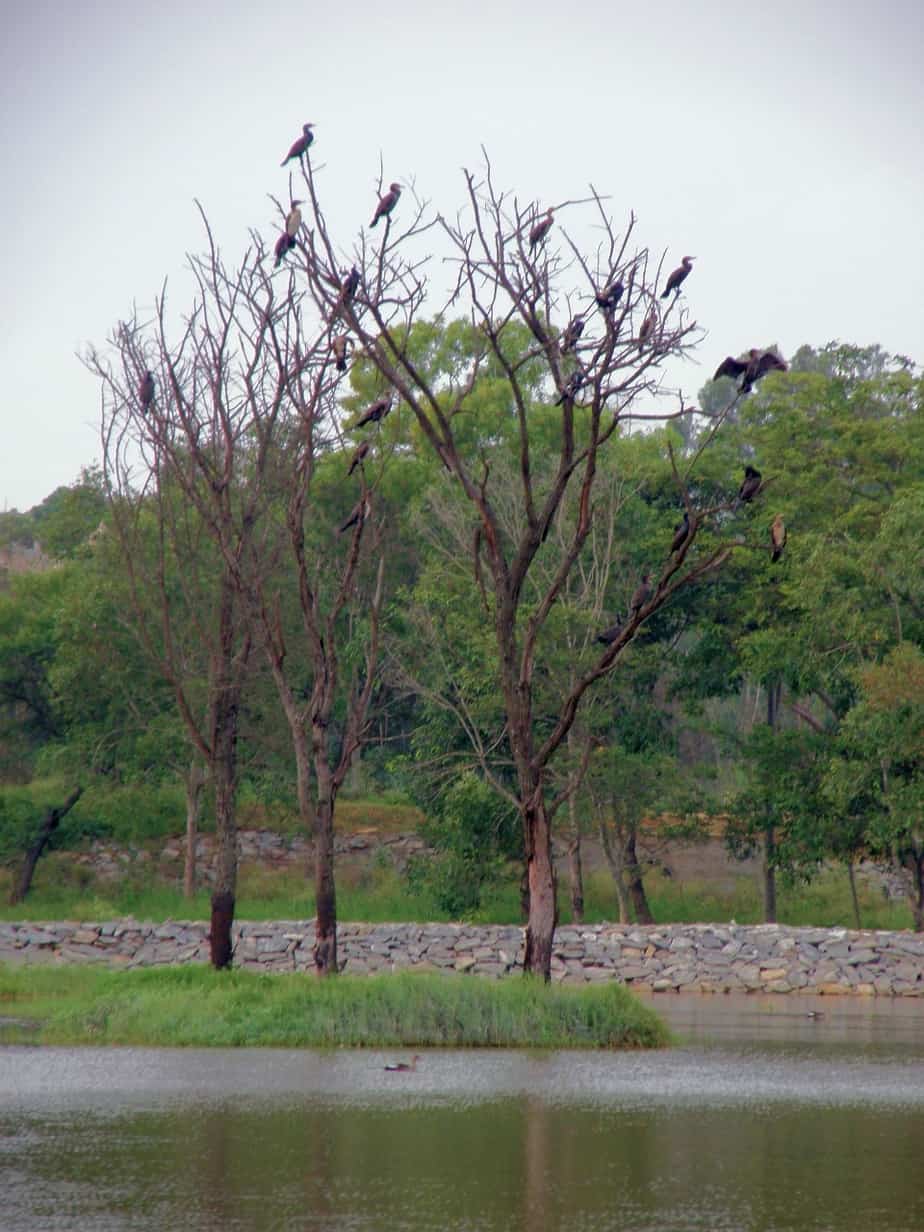 Indian Cormorants on a Tree in
the Lake with Spotbill Ducks in the foreground. Pic: Sohel Mohamed/BR Srivatsa

6. Three species of Kingfisher (White-throated, Pied & Small Blue) seen more
frequently.
7. Indian Moorhens seen post-rejuvenation.
8. Lesser Whistling Teals (15+) seen post-rejuvenation. May have moved from
surrounding lakes.
9. Land birds like Rufous Treepie, Common Drongo seen more frequently.
10. Bayas (Weaver Birds) have been seen on reeds. Earlier seen only in surrounding
areas.
11. Pheasant-tailed Jacanas seen after a gap.
12. Cormorant population back to same as pre-rejuvenation.
13. Good numbers of Red Wattled Lapwings seen on islands.
14. White water lilies have appeared after a gap.
15. The artificial wetland that was created has not served its purpose of cleaning up
the sewerage entering the lake. But since it is a small structure we could look at
covering it up with Pandanus sp.
16. Raja Kaluve connecting the lake to Kasavanahalli Kere needs to be opened up
on priority to ensure proper inflow into the lake.

The  number of species and the bird population per se in the lake  has increased post-rejuvenation. This indicates more availability of food like molluscs, fish, amphibians, reptiles etc in the lake and hence a a healthier ecosystem. However it has been noticed that sewerage is entering the lake from three sides: 1. South-western side where a slum has come up, 2. Renuka School on the banks has connected its toilets to the lake  and 3.

New buildings coming up on the shores have also connected their temporary toilets to the lake. Unless this is checked, the money and the efforts that have been spent on rejuvenating this lake would all be in vain.