From June, work has been going on.

First the BBMP workers started clearing the front portion. Some sections of the plot have been left empty. One portion is apparently meant for a BBMP centre. The federation has asked for a water recharge pond at the back. Here is the status as of June end. 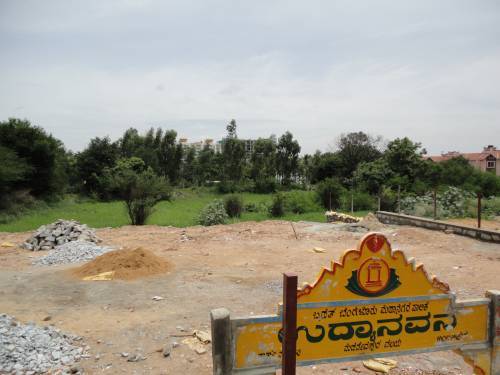 Here is the update from July end. Pathways have been laid out, red soil filled in. The borewell looks ready. (Should they be using borewell/drinking water for watering plants?). The children’s play equipment has been moved here. 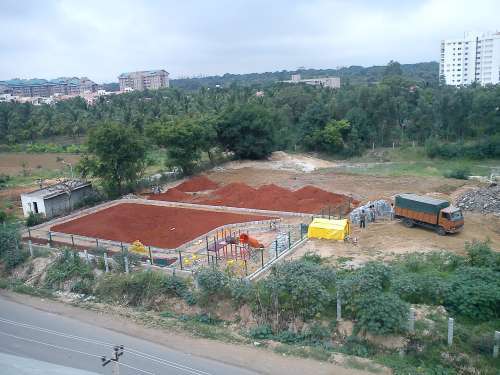 Latest news: some ornamental plants have arrived. The light poles have been fixed. Where is the entrance gate supposed to be? Will a portion of the fence be removed and converted to a gate?

And don’t miss the usual 9 am traffic jam, with vehicles blocking both lanes. If and when the road gets widened to four lanes, there will be more lanes to block. Yeah. 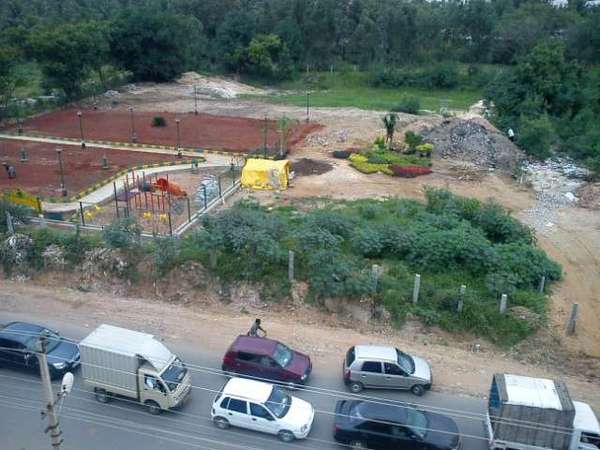 About Meera K 42 Articles
The author has not yet added any personal or biographical info to her or his author profile.