The idea of the ‘Everyday city’ is based on the concept of Everyday Urbanism that was proposed in 1999 by Margaret Crawford & others, wherein the city is seen above all as a social product and which focuses on informal urban spaces. They point out that it is not what the planning initiates for the city but what the people seem to generate as an outcome of their everyday needs. How relevant is this in the context of the Indian city? And, how does it work for Bangalore & other cities?

What is the Everyday city here? 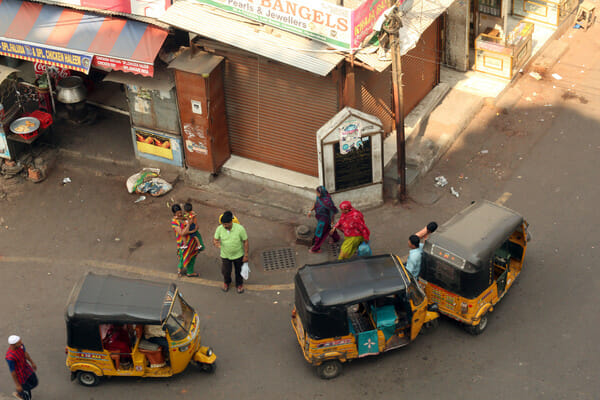 Is it … the street corner as auto rickshaws slow down in their search for passengers? 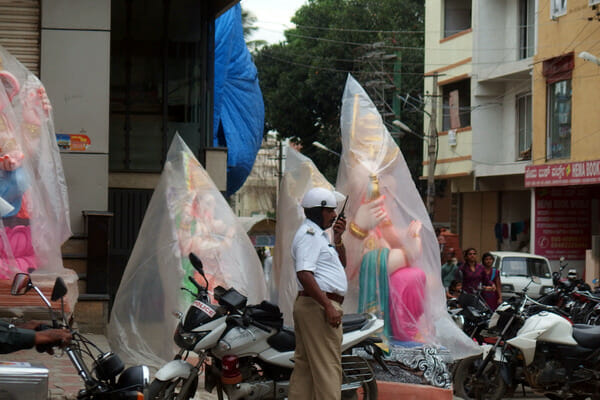 Is it … the appropriation of street space at VV puram during the ganesha festival? 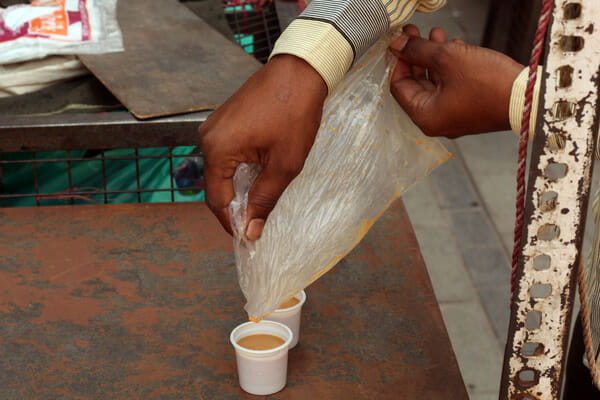 Is it … the chai-wallah delivering the two cups of chai on the street vendor’s make-shift table? 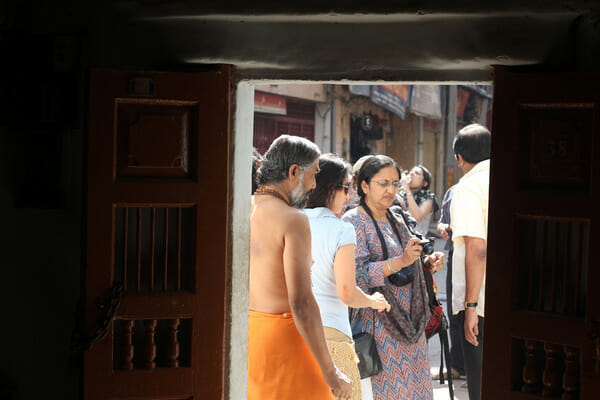 Is it … the space outside temple in Chickpete where participants from a heritage walk stop to take photographs? 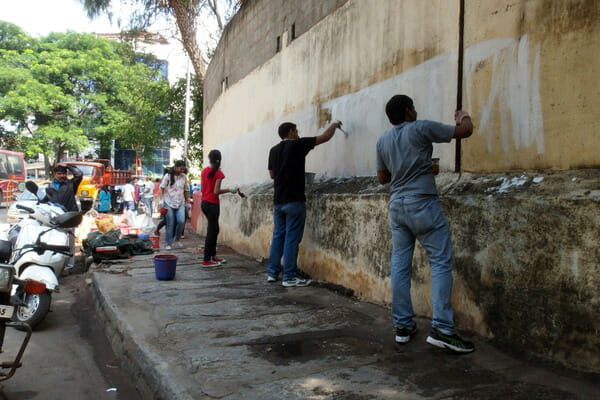 Is it … the “Ugly Indians” painting the walls in Bangalore? 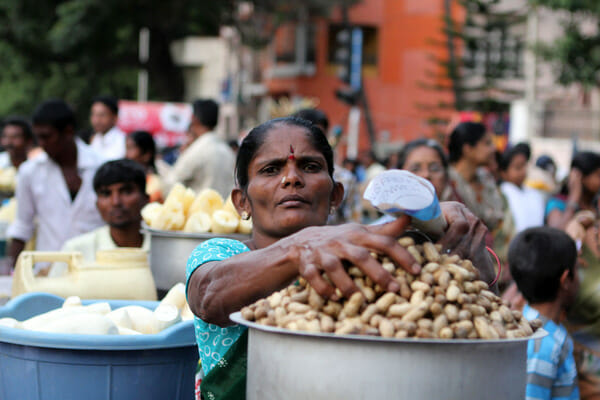 Is it … the woman vendor sensing the measure of peanuts as you nudge through the Kadlekai Parishe or Groundnut fair at Basavanagudi? 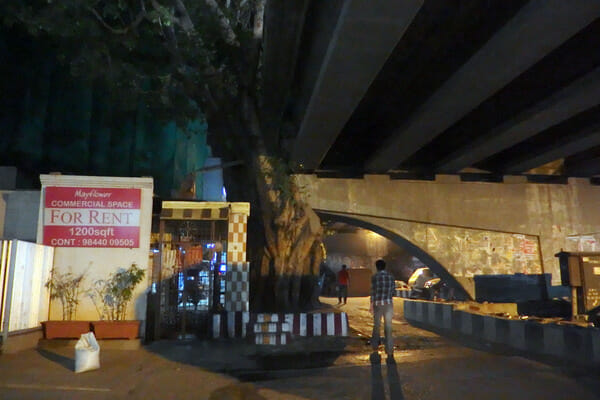 Is it … the flyover that just bull-dozed its way through road-side shrine near Fraser town? 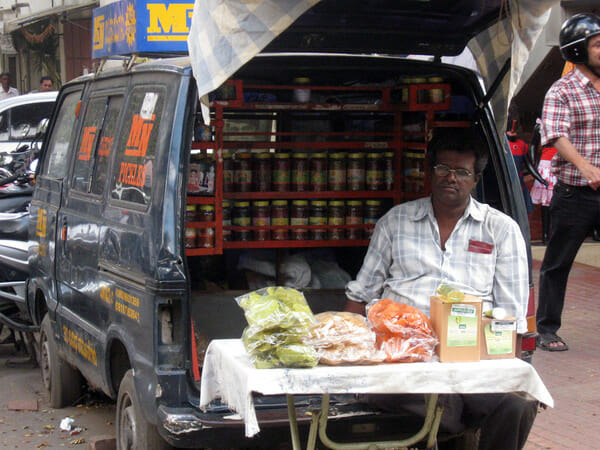 Is it … the backside of maruti van that sells pickles and papads to the walker on the street? 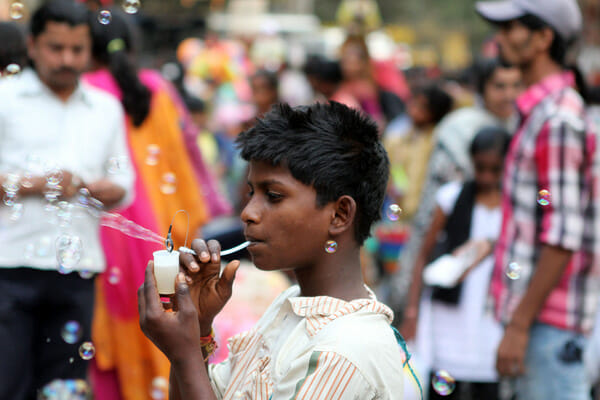 Is it … the space within the Kadlekai parishe where little boy tries selling toys on Bull temple road? 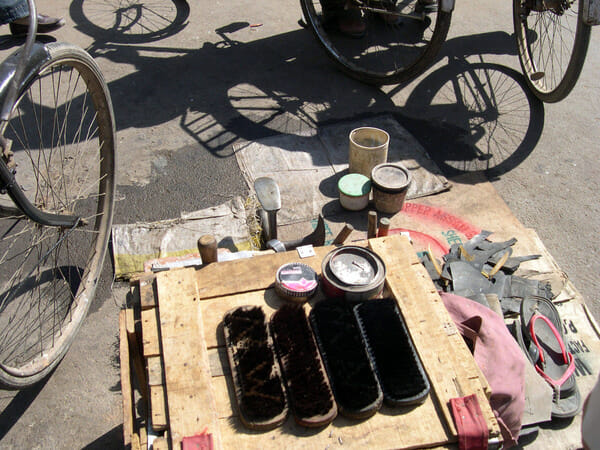 Is the everyday city … the ‘everyday objects’ – the set of brushes and shoepolish at the roadside cobbler? 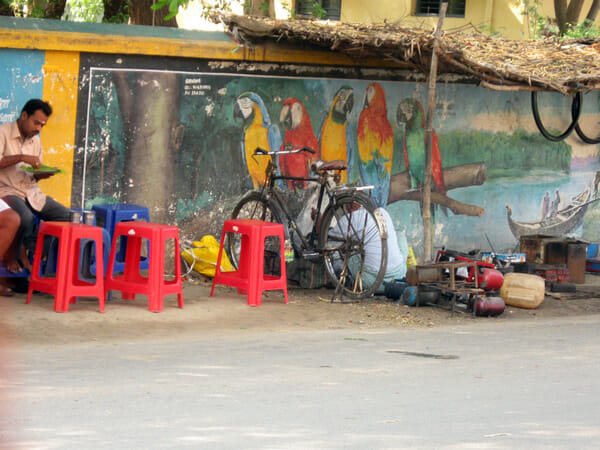 Is it … the beautiful setting of roadside eatery with plastic stools for sitting and a nature mural for backdrop? 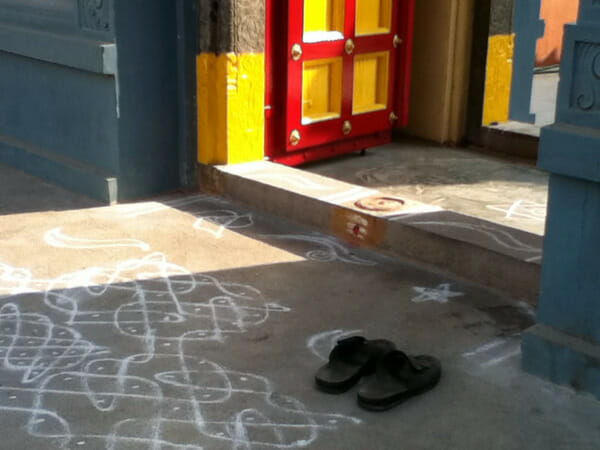 Is the everyday city… a glimpse into

It may take us a while to understand what the everyday city is. For now, the intent of this on-going exploration is to show how everyday practices result in an informal city. Jeffrey Hou in his talk on Messy Urbanism: Bottom-up Placemaking argues that urban designers may be able to develop an alternative form of practice where the production of the urban space is a collaborative effort between the planner/designer and the people of the city. What can help get us there?